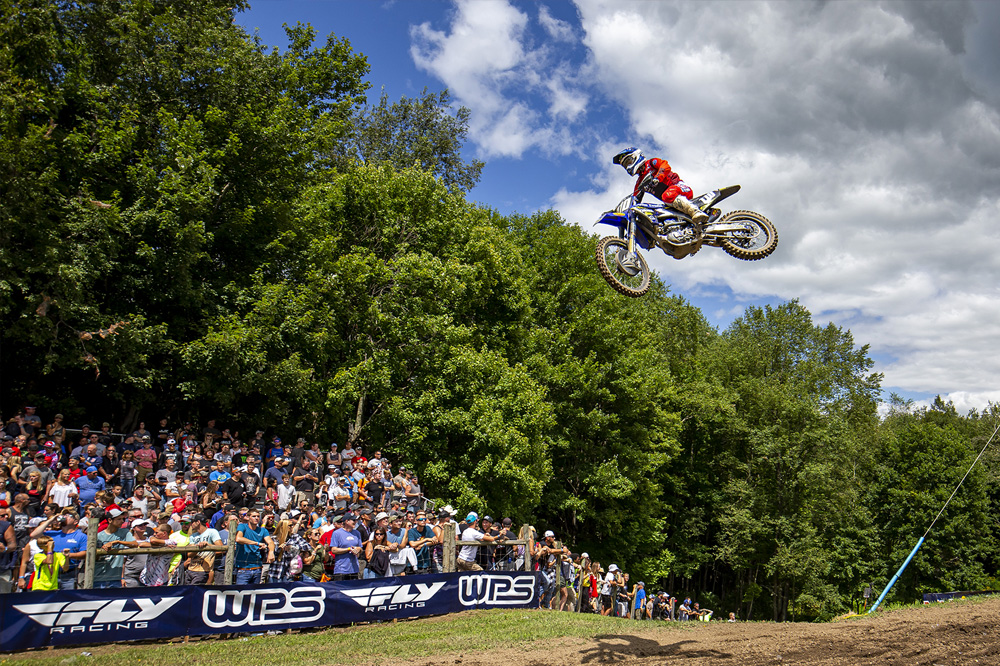 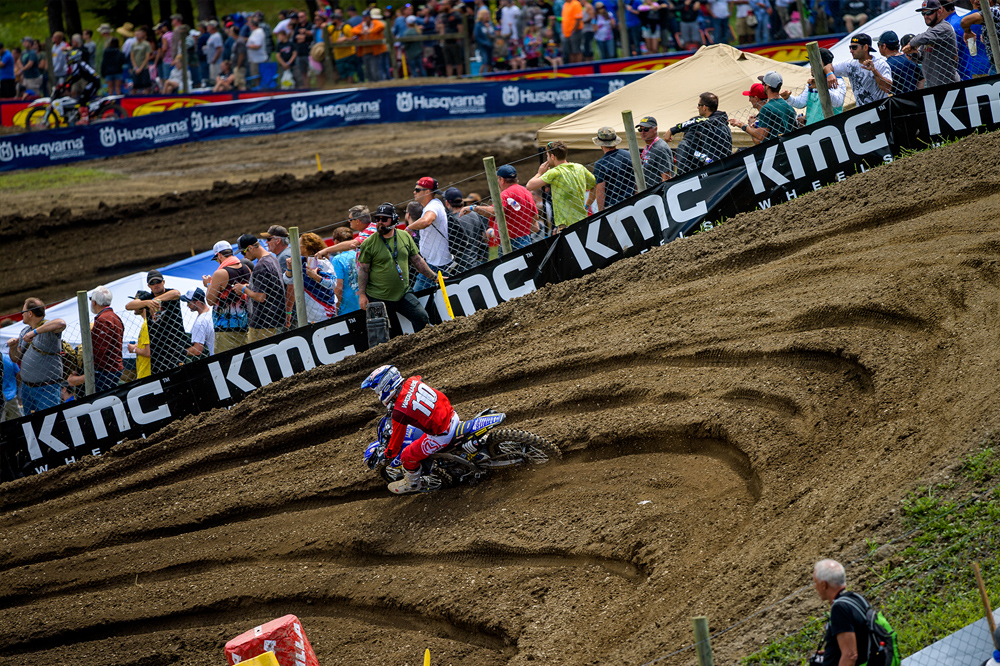 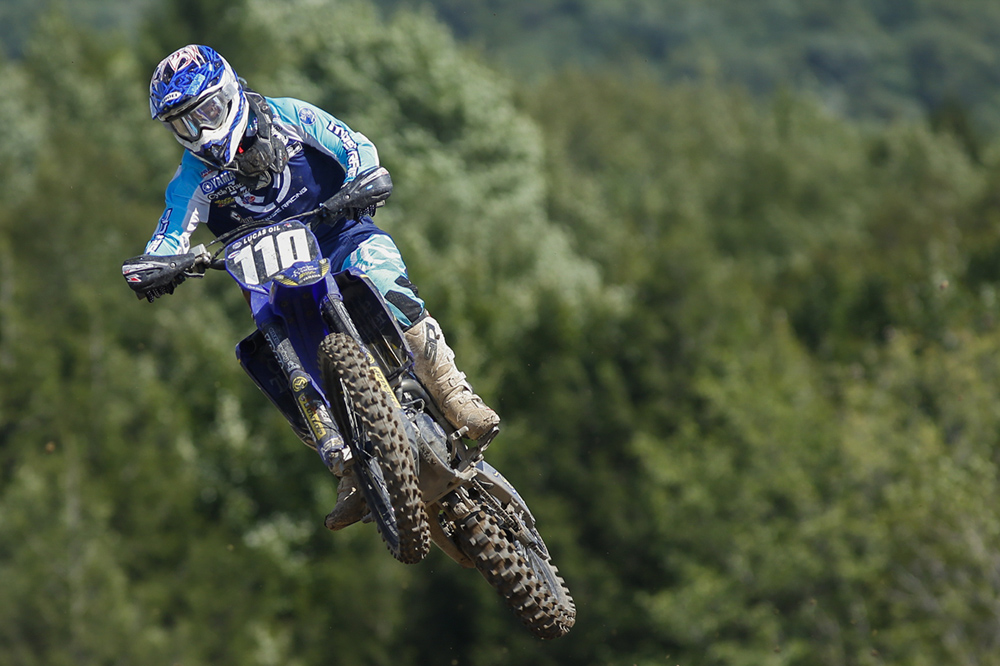 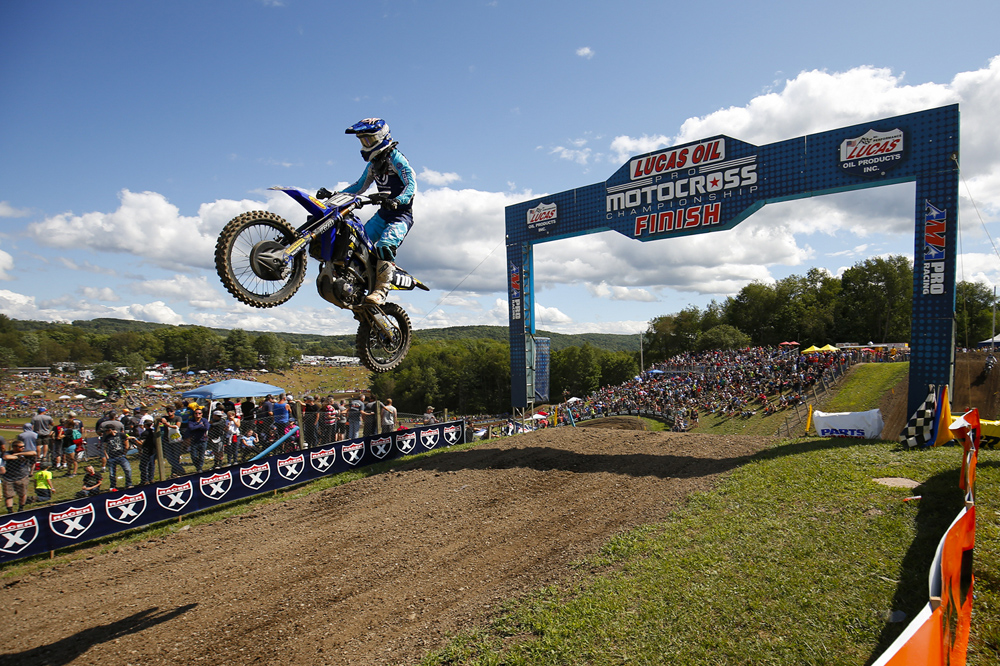 The race weekend at Unadilla in New York featured beautiful weather throughout. Five new riders made their professional debuts at the race, which added additional pressure for Yusuke to qualify.

In qualifying practice Watanabe appeared to be riding slightly stiffly in the beginning, but he soon loosened up and attempted to put in his best time, but he was hampered by downed riders on his attack laps. After the first qualifying practice he was 43rd (33rd in his group but 10 riders in the first group were faster). Before the second timed practice he consulted with rider coach Doug Dubach about some strategies to avoid having to ride in the last chance race. In that practice he was able to cut more than 7 seconds off his time and ultimately qualify 32nd, qualifying him for the main motos.

In the first moto Watanabe was inside the top 20 as they came around the first corner, but a rider crashed out directly in front of him going into the second corner. He made contact with the downed rider and dropped to the very back of the pack. He rode very strong to come from 40th position to 26th at the finish. He actually had two more small crashes in the Moto, so this was a good result.

His start in the second moto was not as good as in the first due to making a small mistake by wheelieing off the line. He was in about 29th on the first lap. Then, a close battle ensued for 20 minutes that brought him up to 21st with 10 minutes to go. He then got passed with two laps remaining and finished 22nd in the moto.

“I was very excited and nervous for the Unadilla event. Many new riders would join and I knew it would be difficult. Time attack was OK, my riding was not great and I could not get a clear lap. I had big talk with Doug about the next practice and I was able to make a good qualifying time, and I was happy with my riding. Moto 1 was frustrating because I had a pretty good start and then another rider crashed and then I was in the back. My riding felt good and I could get a pretty good result. In Moto 2 I had a small mistake on the start and then was fighting for most of the race to arrive 22nd at the finish. I was happy with my riding in the second Moto. I look forward to being stronger for the next race.”

“At the start of the weekend Yusuke was riding a little tight, and that’s something we have been working on for several weeks, but he loosened up which was great. After the first practice we had a strong talk about what he needed to do in the second practice to avoid the last chance race. Overall I thought Yusuke did very well considering all the fast new pro racers joining the race. He was able to have a strong finish in both motos. The thing that I am most happy with is his timed qualifying. He is showing more speed on the track in these one to two lap sprints. This shows that his speed is coming up each week.”