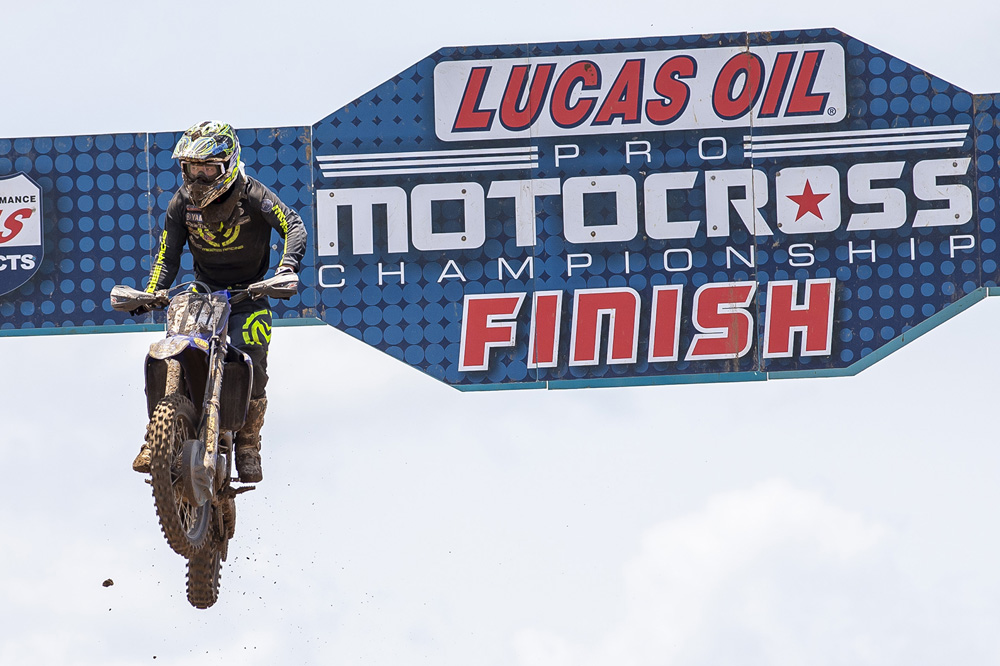 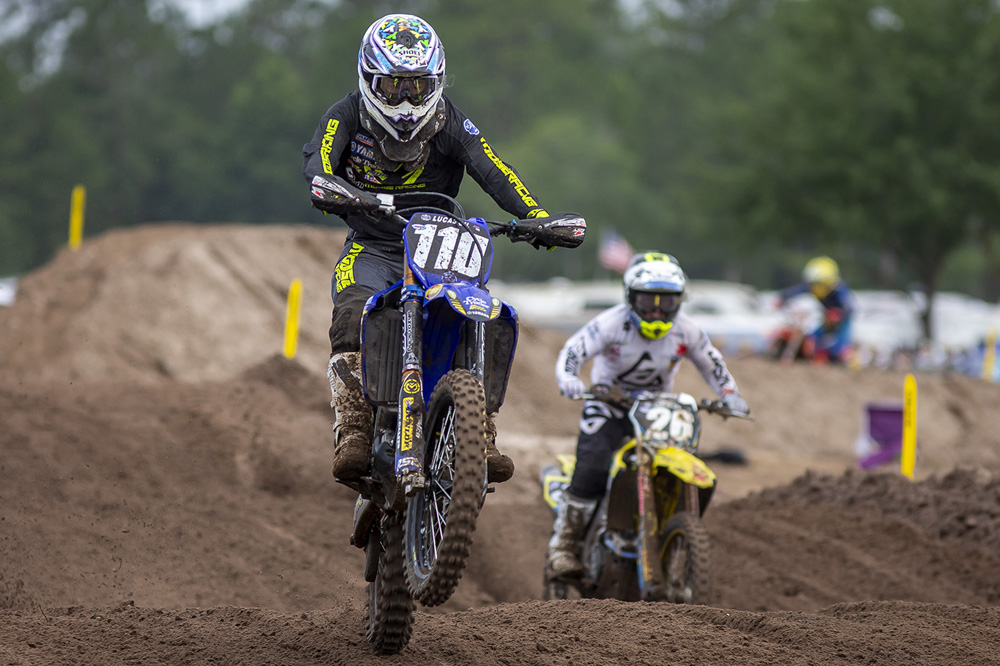 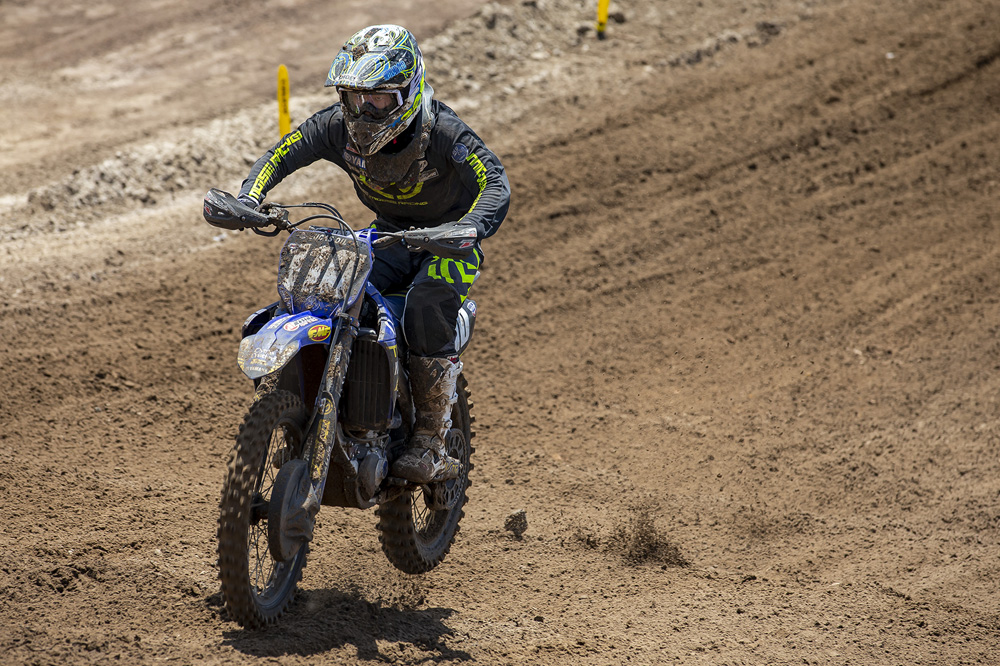 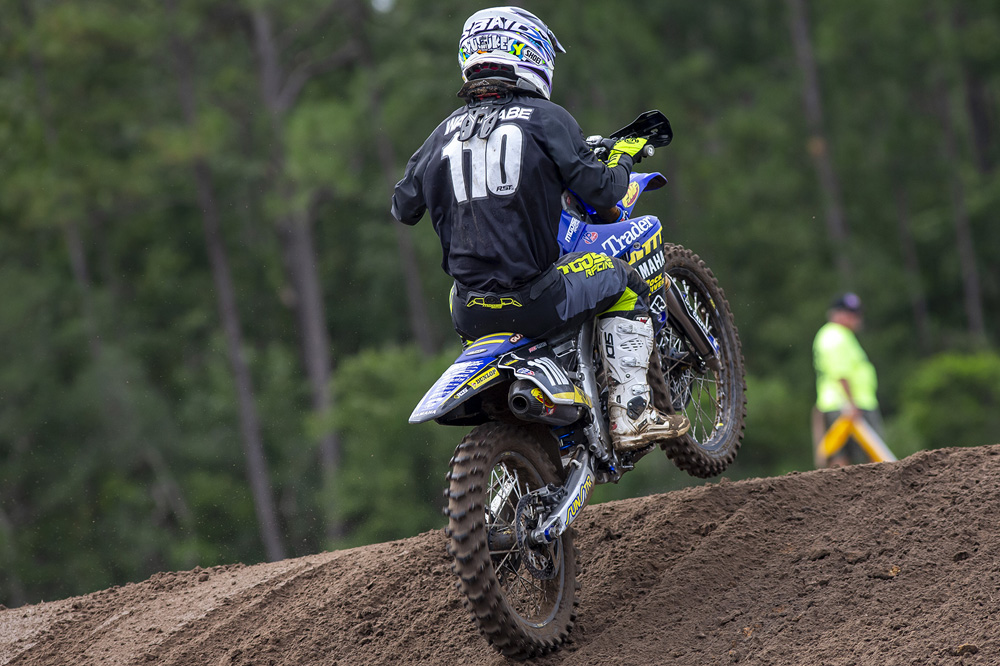 This year there was a new track on the AMA Motocross calendar: WW Ranch Motocross Park in Jacksonville, Florida. The fact that it was a new track made it unfamiliar to all but a few local riders. For this round, the weather was very hot and humid and would prove to be very difficult for most.

Watanabe’s day was filled with ups and downs. In the timed practice, the B group that heads out first had a small advantage because the normally sandy track was made very smooth for the first riders out. Watanabe finished this practice in 29th in the usually faster A group, but with the smooth track, there were eight riders from the B group that were faster than him. The second practice for both groups was slower by 3 seconds, so the Japanese rider ended up having to contest the LCQ (last chance qualifier) consolation race to line up for the main event.

He got a great start and was in 2nd place by the time the riders settled into position. At the end of the first lap, Watanabe attempted a pass for the lead but the other rider cut over aggressively, causing Watanabe to crash. He remounted and was in around 10th position with only three laps left to make it into the top four to secure a position on the 40-man gate for the main motos. While he came up one position short by ending the race in 5th, there were two riders who were unable to start the main moto due to injuries in practice, giving Watanabe the 39th gate pick for the mains.

In Moto 1 he made a decent start—considering his gate pick—and slotted into about 25th at the end of the first lap. He fought hard, trading positions with many riders over the next 20 minutes. It was his ability to ride in the high heat and humidity that allowed him to move up into 19th place at the finish, earning his first AMA professional points of his career. Both he and the team were extremely pleased with the result. Not only did he take his first points, but he notched up another first accomplishment: he was not lapped by the leaders during the race.

In Moto 2, his start was about the same as in the first and was in about 25th. It looked like a repeat of the first race as he swapped positions for the first few laps, but on around lap 4 he made slight contact with another rider and crashed. He was able to quickly remount and only lose a few spots. Once under way again, he was able to make several passes to bring himself back up to 20th place at the 15-minute mark. However, as he went out of sight behind the course’s big hill, he suffered a hard fall. He tried to quickly remount his bike again, but the medical staff kept him still for a couple minutes. By that point he had already lost a complete lap and there was damage to his YZ250F, so he pulled into the pits and the team made the decision not to continue.

“I was excited to ride WW Ranch because the track looked very fun. In timed practice, I was pushing too hard and was making many mistakes trying to get a fast time. My feeling was better in the second practice, but I couldn’t make it into the top 36. What I need is more speed and fewer mistakes in timed practice. I was a little nervous and angry having to go to the LCQ, but I got a good start and rode with a good feeling. A crash while trying to pass the guy in 1st was not so good, but I was still able to fight and ride strong in the main races. In Moto 1 my feeling was very good from beginning to end; I stayed strong and got a good finish. I was so happy to get my first AMA points! The second moto also felt really good to race; even with a small crash I was able to get up inside top 20 with a good feeling still. I was passed by RJ Hampshire and was trying to match his speed when I made a big mistake and had a hard crash. I had to retire with too much damage to my bike. I’m still a little bit sore, but I’ll be ready to go at next week’s race in Southwick!”

“Overall I think there were many good things to take away from this race. Yusuke has a strong will to fight even in tough situations, and his fitness is continuing to improve.”