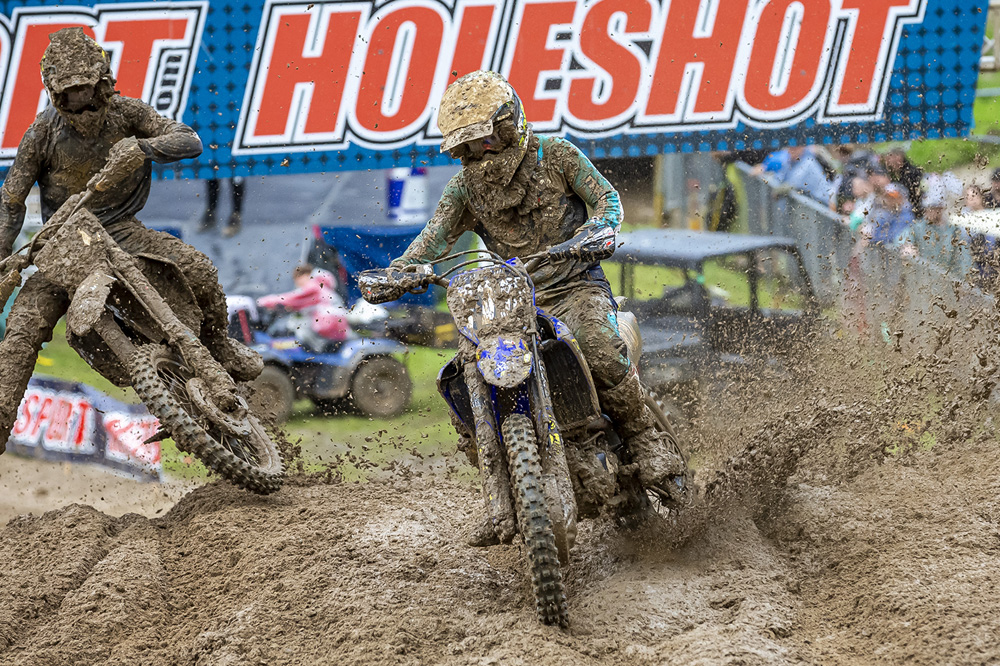 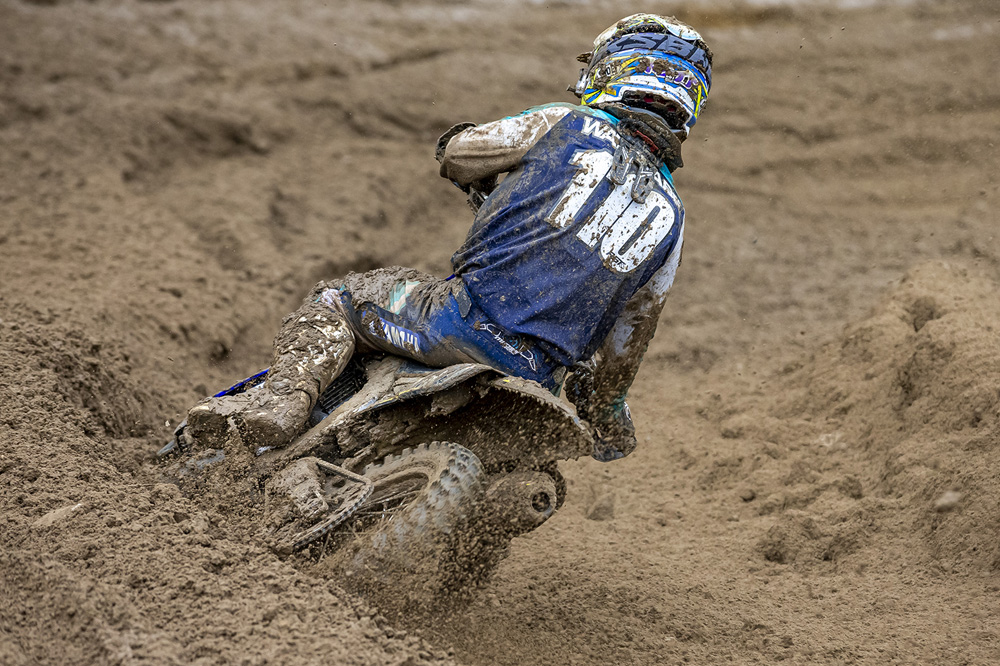 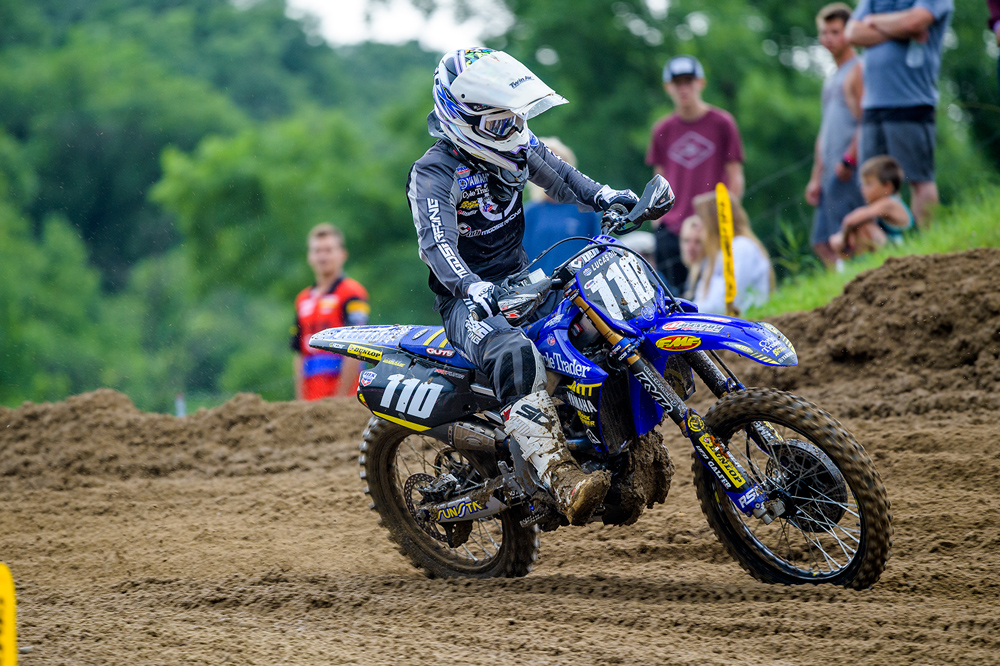 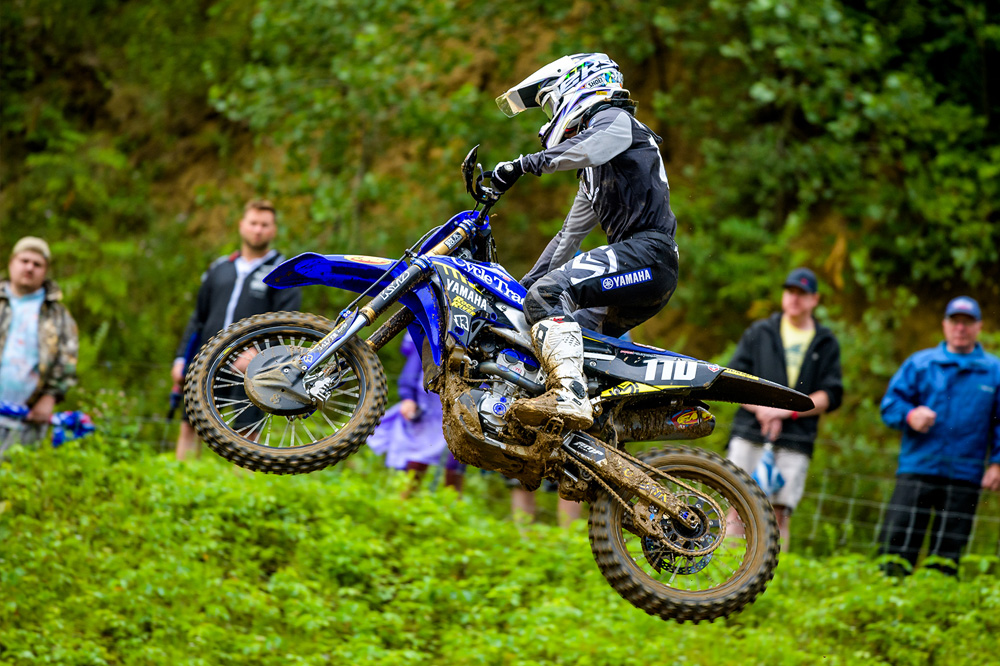 The day at Round 8 of the AMA Motocross Championship started with a two-hour delay due to heavy rain and lightning. Once practice got underway, the team was concerned about the first group out being able to set the fastest times, since with muddy conditions, the track often gets harder to ride with time. Furthermore, since there was only one practice session and no last chance race, it was doubly important to hit fast laps right from the start. But instead of the first group of riders out clocking the fastest times, it was Group A with Watanabe and he ended up qualifying in 28th position.

The Japanese rider got one of his best starts of the season in the first moto, coming around the first turn inside the top ten. The track remained very muddy anywhere outside of the main line, which left little room for racing, so several riders fell as everyone was trying to use the same piece of the track. Having broken into the top ten right from the start, Watanabe struggled to keep calm as racing among the AMA’s frontrunners is still a new experience for him and he ended up having several small crashes in the first 10 minutes. This dropped him as far back as 33rd at one point, but he kept his head down and managed to climb back up to 26th at the finish.

In the second moto, Watanabe had another strong start to slot in around 15th. On the second lap he got bumped off the main line, which caused him to run off track on the downhill before the finish. He only lost a couple spots and was still in a good position, battling it out with other riders. Later, he ran off the main line and got into some soft, wet dirt and that led to another crash on one of the downhill sections, costing him several positions. Once he got going again, he rode hard and ended up finishing 26th again and taking 28th overall.

“I was very nervous for the time attack since there was only one chance and no last chance qualifying race, but I was able to ride well and make an OK gate pick. The first moto was very hard for me. I had a really good start, but I was trying too much and had many small crashes. The track was slippery and after many crashes I rode tight, trying to make sure not to crash again. I had another good start in the second moto but crashed on the downhill and it took a long time to rejoin the race. My riding was more relaxed though, and I found better lines in the second half of the second moto. I’m looking for a strong finish in Washougal next week.”

“All in all, Watanabe rode well in practice under the tough conditions. In the first moto, he was too excited with being in the top positions thanks to his good start. He was overriding the track and I think it’s because he just doesn’t have enough experience riding in the top positions to be relaxed. The conditions were not suited for overly aggressive riding and he paid the price with five crashes. For the second moto, we talked about keeping focused while riding at the pace of the top guys. He was frustrated at the end of the day because of the mistakes he made. His riding is coming along fine, though. His toughest job is to relax when in the fight at the front. Each time will get better and I’m looking forward to Washougal.”