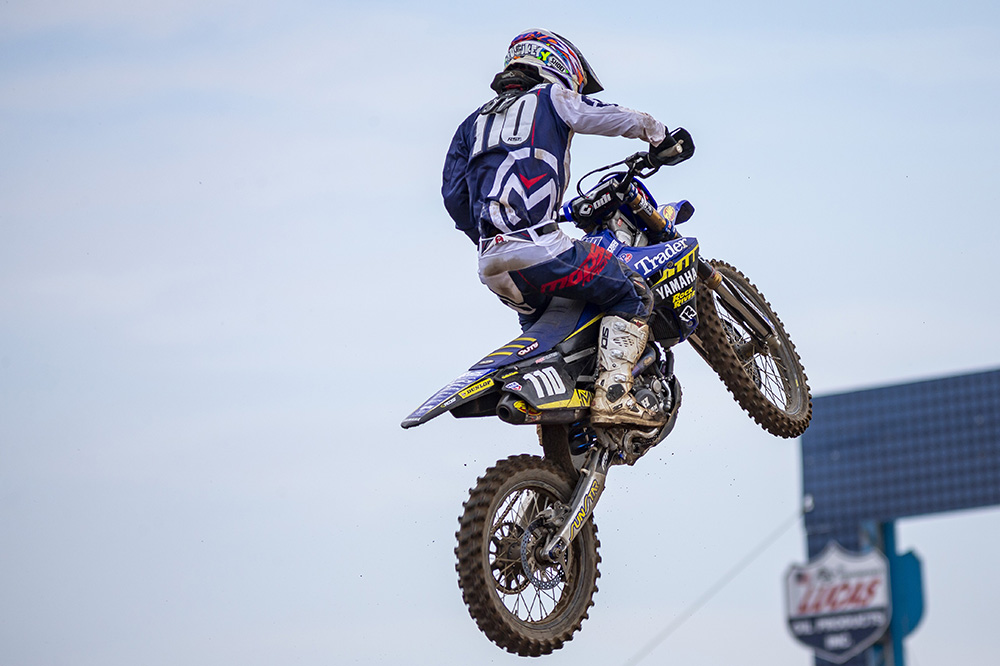 Watanabe Rides to 24th and 26th Finishes for 28th Overall

Last year, Yusuke Watanabe was unable to take part in the Red Bud National in Buchanan, Michigan, due to injury. This year however, he was fit and able to take part. At this event the 450 class went first, meaning that the “A” group was favored in 250 practice.

In the first timed practice Watanabe was 26th fastest in the A group. There was one rider from the B group that had a faster time. In the second practice, Yusuke dropped his time by two seconds, but several other riders did as well, so in the end he was 27th in the A group and 29th overall.

n the first moto the track was very rutted from the 450 class having already ridden their first moto. Watanabe was in around 25th after the start. He held his position for the first 10 minutes before some of the lead riders came through, which pushed Watanabe back a few spots. He got back past two or three riders at the end to finish 24th.

After the start in the second moto, Watanabe was in the middle of the pack coming into the first turn before calamity struck as he and another rider crashed. He got up and restarted, but by then he was already well behind the pack. He caught up and began passing riders fairly quickly. Following that he caught up to 26th place but had lost touch with the next group of riders. He rode alone in 26th for most of the rest of the race, before he was lapped by the lead riders in the last five minutes.

“I missed Red bud last season because of an injury, so I was happy to race here. The track was separated into sand sections and dirt sections, which were hard to figure out. I crashed right after the start in Moto 2 and it was a restart from the back, but I could run feeling well. I’ll be stronger by the next round at Spring Creek.”

“Overall his racing was good. He still needs to work on his speed against the other riders. We have a weekend off of racing and will go to Millville the following weekend. In Moto 1 he looked to be riding a bit tight. It wasn’t one of his best rides. He was struggling to make good line choices for most of the Moto. In Moto 2 he looked to be riding more relaxed, but even though he rode better, he still didn’t look like himself. I found out after the race that his hand got smashed in the first turn crash and that made it hard to hold on. It is swollen now, so I will take him to have it looked at tomorrow.”