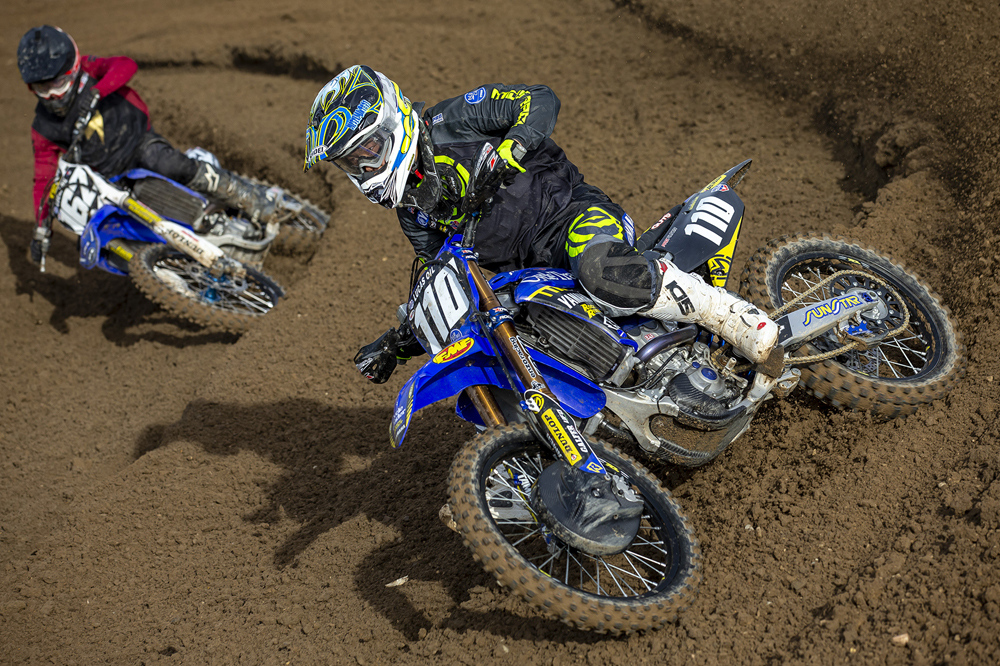 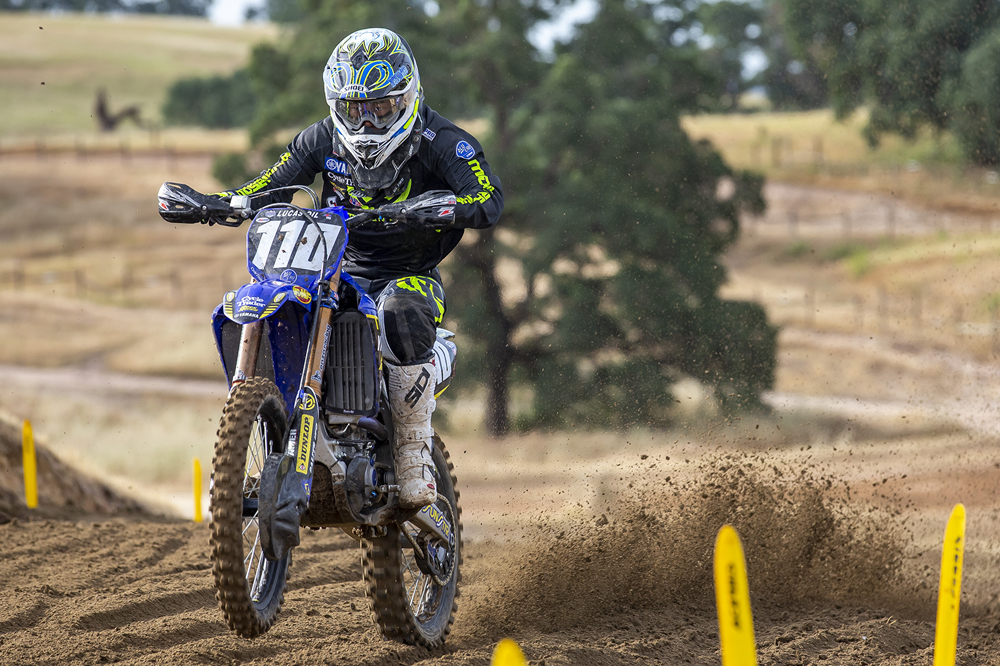 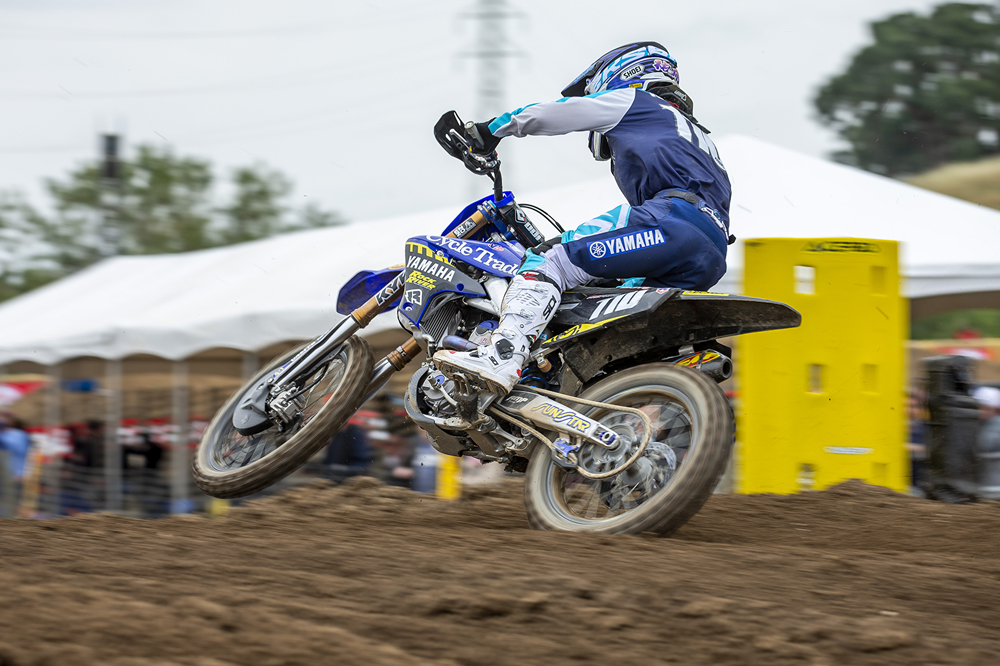 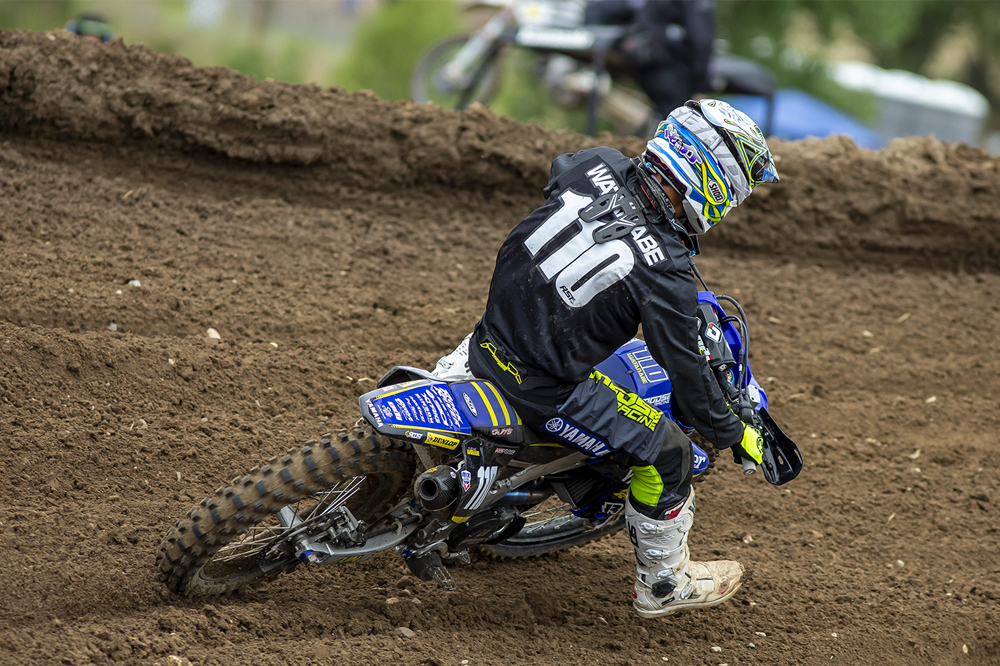 Watanabe Shows Clear Improvement in Round 1

This weekend marked the first race of Yusuke Watanabe’s return for a second season in the AMA 250cc Motocross Championship. Cloudy skies hung overhead as the Hangtown Motocross Classic in Sacramento, California got underway, and Watanabe qualified 29th in the A group. This would normally be a high enough position to qualify directly into the main field for the races to follow, but there were excellent track conditions for the B group’s first practice, which allowed 11 riders from that group to set faster times than the 23-year-old Japanese rider. This meant that he was forced to ride in the four-lap last chance qualifying race. He put on a dominant performance, getting the holeshot, leading every lap and taking the win.

In Moto 1 Watanabe’s starting position was on the outside (due to his 37th gate pick) and this caused him to get pushed wide in the first turn, putting him around 30th position. The next few laps were typical for racing in this class, as Watanabe would pass two riders, then get passed back by one, then repeat. He still fought all the way to the finish, crossing the line in 25th. His riding was strong and he was able to adjust to the fast pace quicker than he was in his first race last season, showing clear improvement.

His start in Moto 2 was similar to Moto 1, slotting into around 30th on lap 1. The track was becoming very muddy from the heavy rain that had been coming down for about an hour, but his riding looked even smoother and faster than in the first moto. However, at around the 10-minute mark while he was in around 20th position, he suffered a small crash coming down one of the more treacherous hills, the track very slippery by this point. He quickly recovered, losing only one position in the process. He regained that position and was just passing another rider when he had an unfortunate engine problem that ended his day.

“I was very much looking forward to the Hangtown race. I was able to relax and face it better than the first race of last year. In my time attack qualifying, I couldn’t cope with the change of the track conditions and did not make up time. But in the LCQ, I got the holeshot and ran with good feeling and finished 1st. I had an up and down day with the first moto being tough but having a good feeling in the second moto, but then having an engine issue. I’ll be stronger throughout the rest of the season and I’m already looking forward to the next race!”

“My overall feeling is that Yusuke is riding faster than I have seen him ride before. His thinking is coming on better already. Last year it took him until the third round of the season to relax and ride at his real speed. His qualifying time was not great, but I think he realized what he needs to do in order to make that ‘one fast lap’ come. I was very disappointed that we had an engine problem when he was able to race inside the top 20, but I know that these things can happen. We will keep working hard for the next race!”