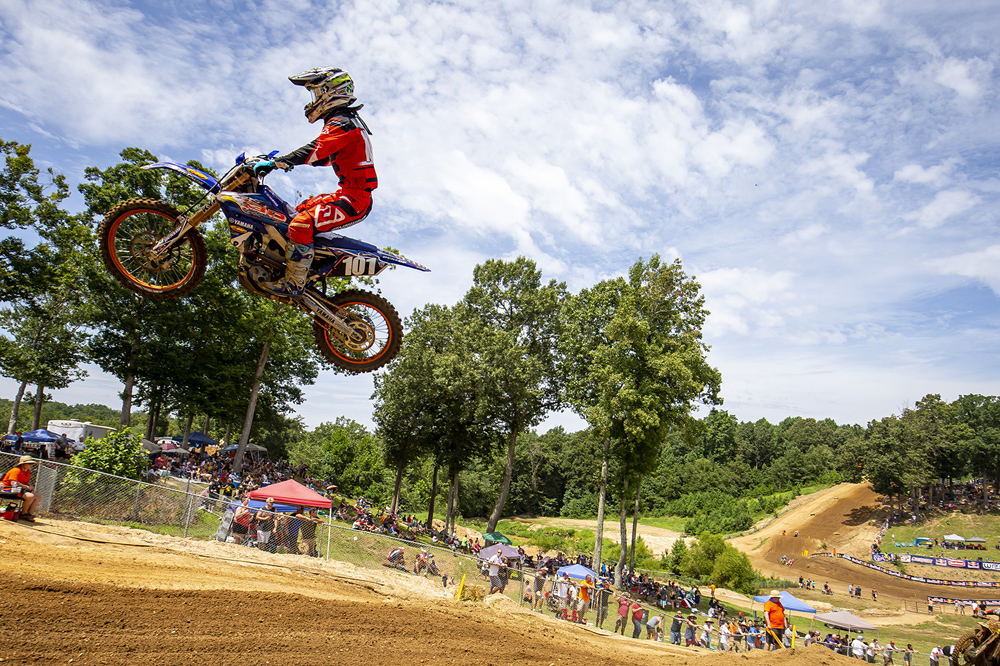 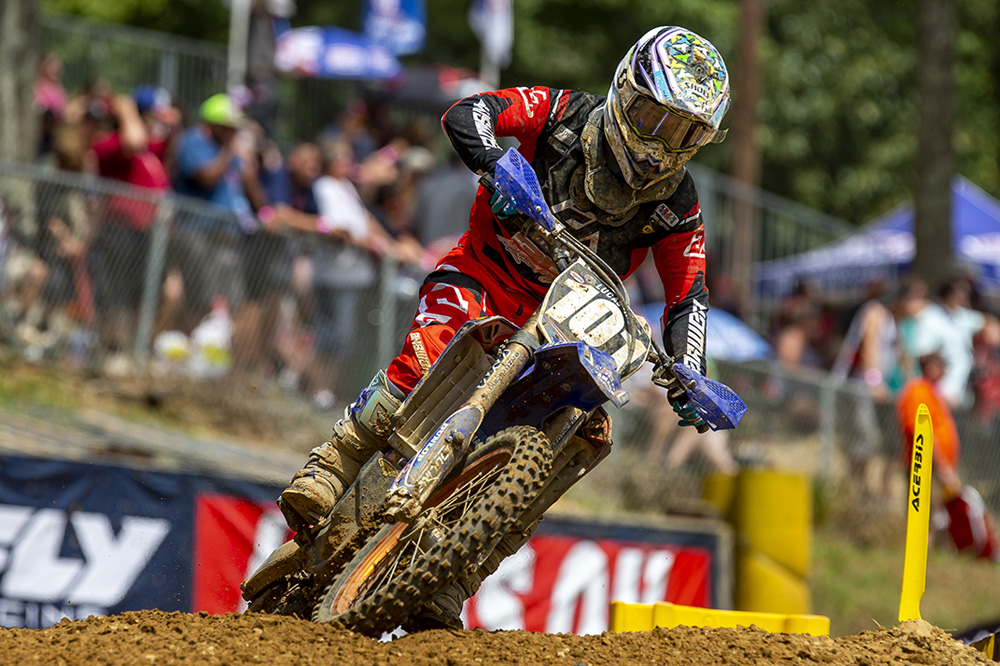 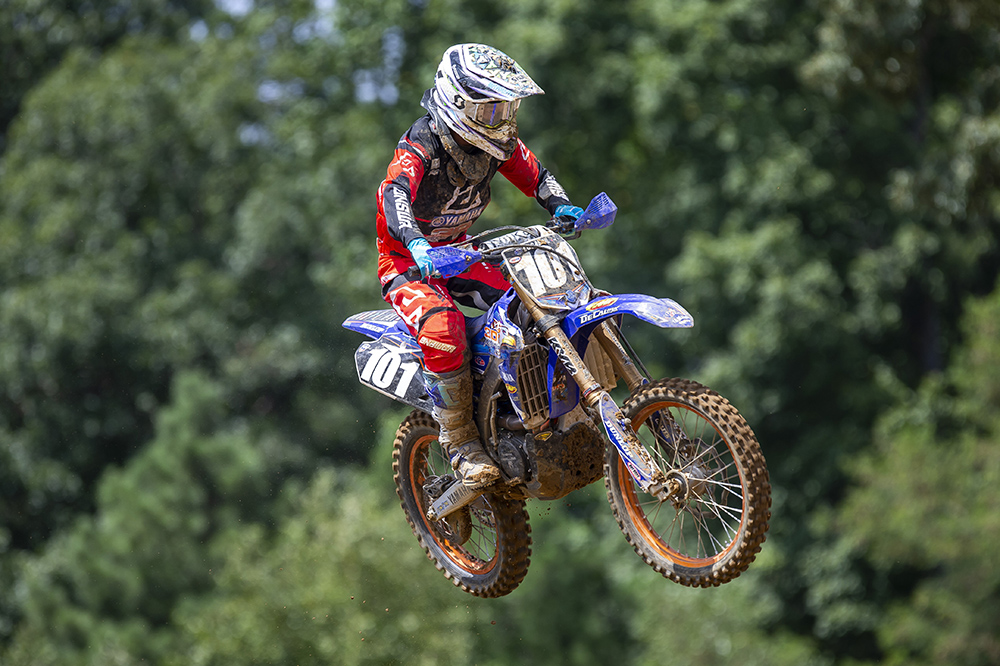 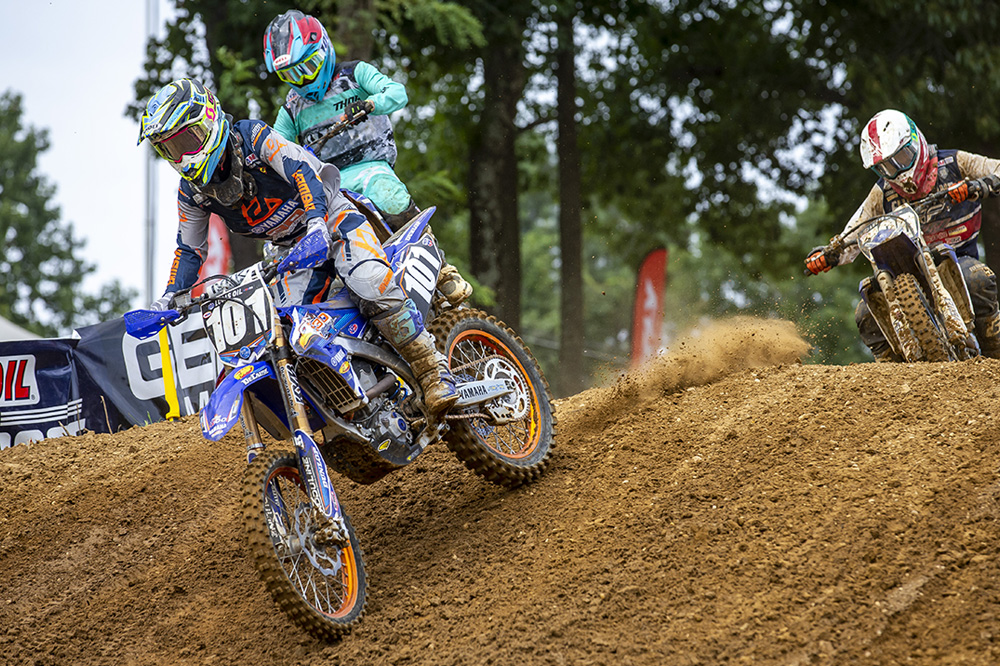 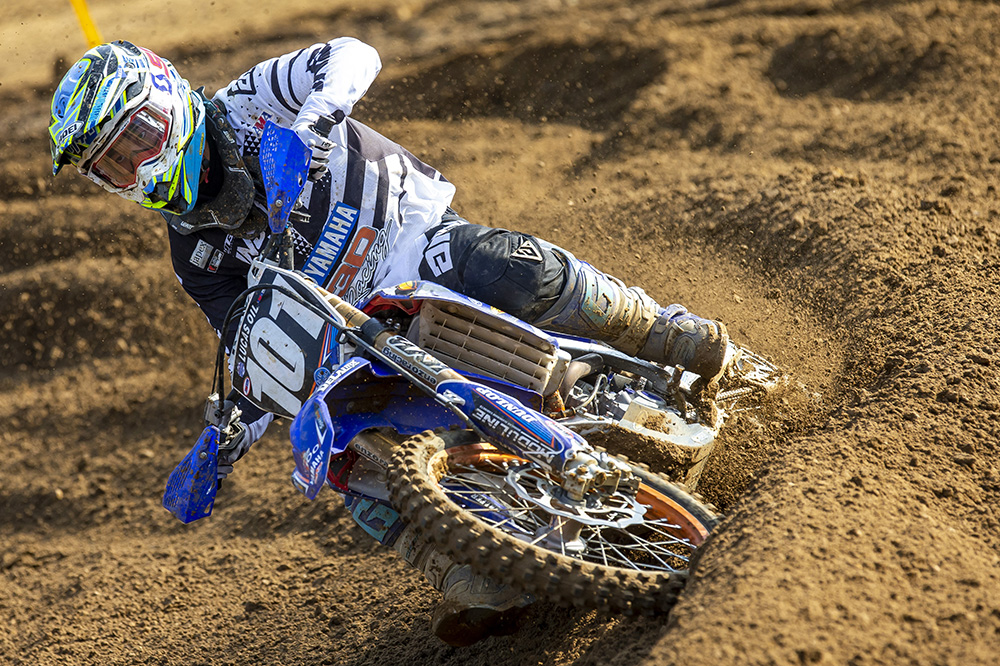 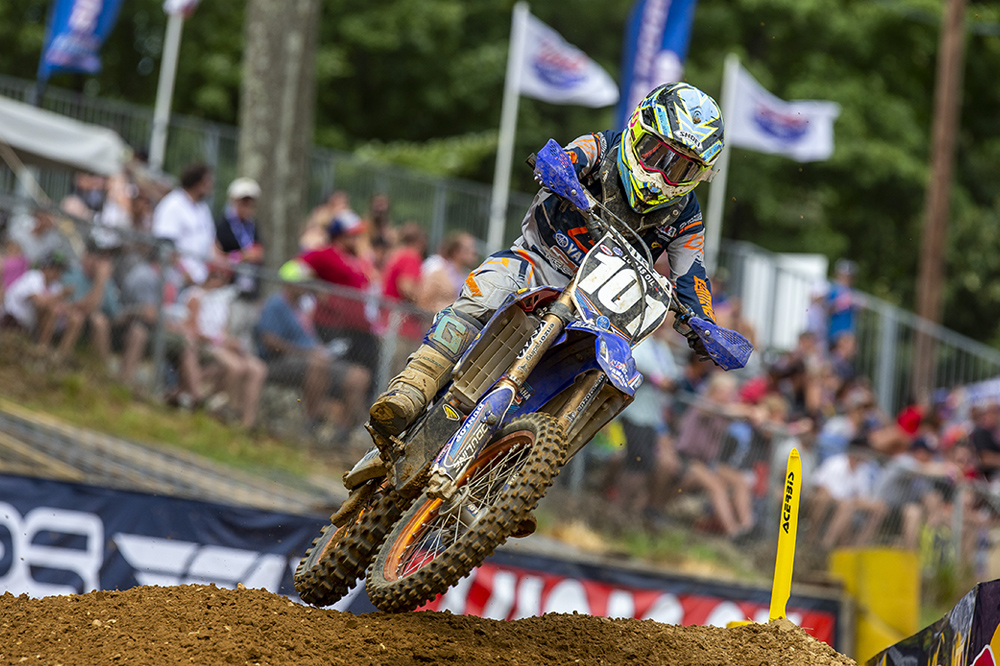 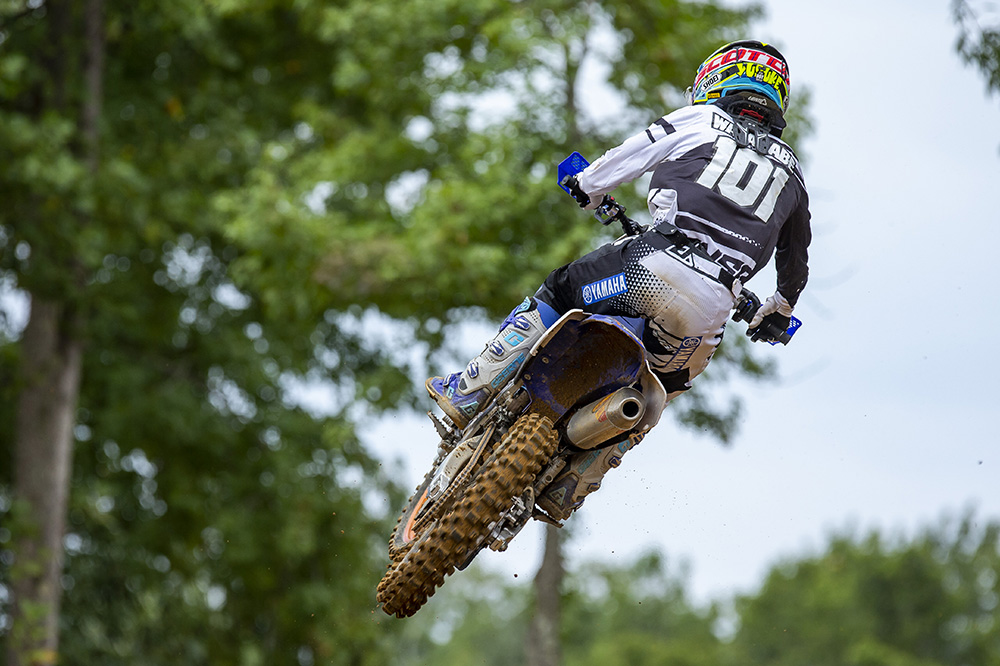 Watanabe Completes a Challenging Weekend Improving from 24th to 23rd

Round 11 in Budds Creek, Maryland saw much better weather than last week’s race in Unadilla. It was a hot and humid race however, and Watanabe has done well in these conditions so far this year. Watanabe received some support in the form of visitors from Yamaha Motor, who came out to cheer on his races this weekend. Watanabe did not get his best results of the season, but he showed strong consistency in his moto finishes and it is clear that he is gaining more experience with each new track he races.

Due to his strong results from previous rounds, Watanabe is being put in the “A” practice consistently now. He was 29th in the first session and again was lapping within a second of the riders ahead of him. He took his time in feeling out the course in the first timed session and rode cautiously, but in the second session he was able to loosen up and find a solid rhythm. As the second session came to a close however, he was not able to improve on his time as the track proved challenging. He qualified in 34th position overall based on his time from the first session. Working against him was the fact that he was pushed back by a few local riders in the “B” group who set fast times in the first session.

The track was in great shape for Moto 1. His riding coach Doug Dubach gave him some advice before the start, mainly that his jump from the gate would be very important as the starting straight was very short. He had difficulties with his parade lap practice start, but he made some adjustments before the actual start and came out of the gate very strongly. Unfortunately, being so far outside with his 34th gate pick, he came around the first straight around 22nd. He made several mistakes on the first two laps which put him around 27th. From that point, he started putting in fast laps and rode very well to the finish, where he crossed the line in 24th place. Though his position did not show it, he rode a solid race and looked strong throughout.

After making his start in Moto 2, he was around 25th—slightly behind where he had been in Moto 1—when he came by after the first lap. There was a first turn crash that involved a handful of riders, which slowed Watanabe’s progress somewhat. The next few laps were tricky, as some of the top riders that had crashed in the first turn came through, making it very busy around Watanabe. At about the half way mark he was in 25th place, after which he passed a couple riders and was looking to pass two more, but as the lead riders came by his rhythm was thrown off. The heat also got to him on the last lap, which slowed his progress even more. In the end he bested his position from Moto 1 with a 23rd at the checkered flag.

"It was a very tough race at Budds Creek, the track was very rough with many off camber turns to figure out. In both Motos I had good feeling for the start, but there were too many mistakes on the first few laps. After a few laps I was able to calm down and have a good feeling on the bike and with the track. We will make our best preparations for the final round!”

"Overall the day was good, with 24th and 23rd moto finishes. It was the first time however that I have seen Yusuke slow a little on the last lap of a race. We didn’t have a good week of training as he was only able to train one day this week. I look forward to next week’s final race. Let’s hope he finishes strong for the year!”