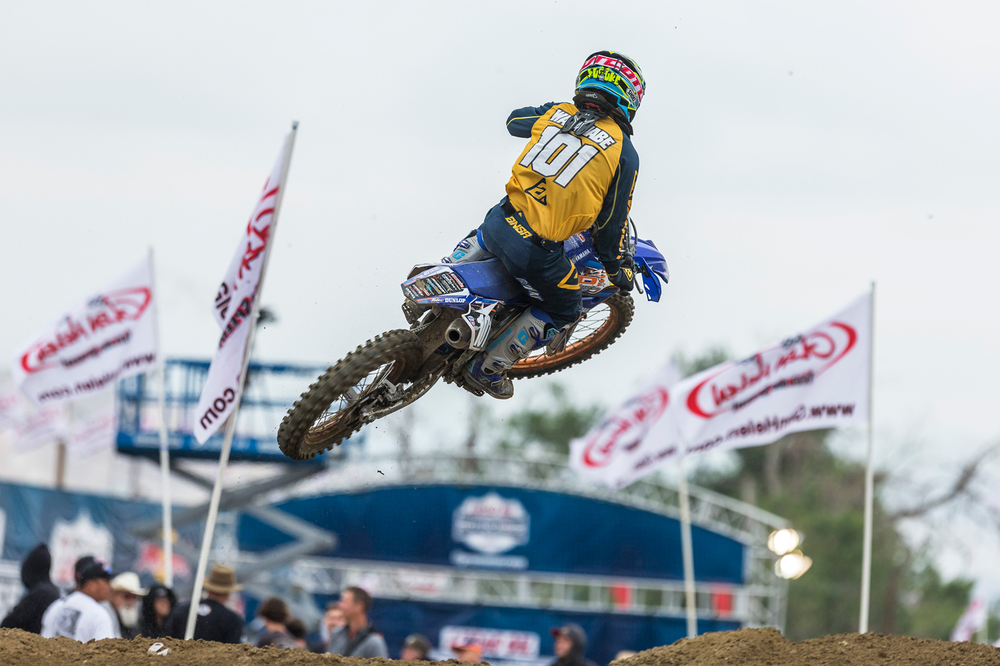 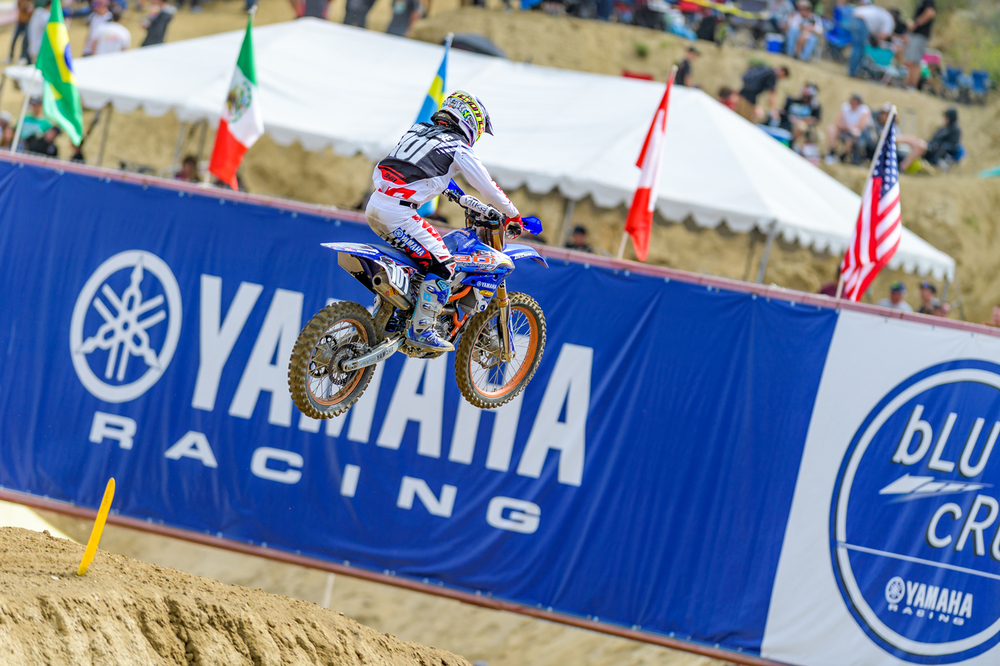 Round 2 of the 2018 Lucas Oil Pro Motocross Championship got underway at Glen Helen Raceway on May 26. Having trained at the track numerous times during breaks in the All Japan Championship, Yusuke Watanabe (3D Racing) went into the weekend more relaxed and with more confidence. The Fukushima native also attended the Press Day activities, which further helped him acclimate to the big jumps that were added to the course for the race.

Watanabe was moved up to the A group for timed practice due to his top-40 result from the previous round at Hangtown, allowing him to share the track with the top riders in the class and examine their line choices, braking points and speed. Looking more relaxed, he was running in 21st and 22nd before coming in for some practice starts. Though other riders improved their times at the end of the session, Watanabe still improved on his Hangtown starting spot by six places and qualified in 28th.

In Moto 1, Watanabe was around 25th after the start and though his pace was good, the close-quarters scrap and shuffling of the first lap proved challenging. In the first half of the race, he passed some riders but was being lapped in the middle stages by the top racers as his pace had slowed. Still, he finished the race in strong form, nearly passing the rider in 24th place at the finish.

With Doug Dubach providing some advice for Moto 2 and assisting with starting gate preparation, Watanabe was quick off the line, getting into around 15th place by the first turn. But like Moto 1, the chaos of the first lap led to some mistakes and the 22-year-old fell to around 23rd when he crossed the finish for the first time. Watanabe was riding with more confidence than in Moto 1 but unfortunately stalled the engine while heading down a tight and slippery downhill turn after taking 21st place. After restarting the bike, a group of five riders was in close pursuit but Watanabe was able to pull away and pass the same rider to reclaim 21st with two laps left. He unfortunately was passed on the final lap, but once again improved on his performance to take 22nd.

Reflecting on the results at Hangtown, for this second round of the AMA 250cc Motocross Championship, the theme for Watanabe was to try to finish the race on the same lap as the leader. While he was lapped at around 17 minutes in at Round 1, it took 21 minutes in Moto 1 and 28 minutes in Moto 2 at Glen Helen, indicating a big improvement in Watanabe’s performance.

The next round, the Thunder Valley National, will be held on June 2 in Lakewood, Colorado.

“I was very excited to race at Glen Helen since I’ve trained here before, but the track was very different from when I was training as they added some big jumps and many man-made bumps to the sand section. But I’ve done a lot of training at Glen Helen with Doug-san, so it helped me handle this very difficult track.”

“This was another step in the right direction for Yusuke. His confidence is growing and he’s very strong at the end of each race, so we’ll continue to work on staying focused mentally throughout the race. US National tracks are much longer than the Japanese National tracks, so it will take some adjustment to keep up the high intensity during the long laps and long motos. Overall, I’m happy with his progress and look forward to the next race in Colorado.”