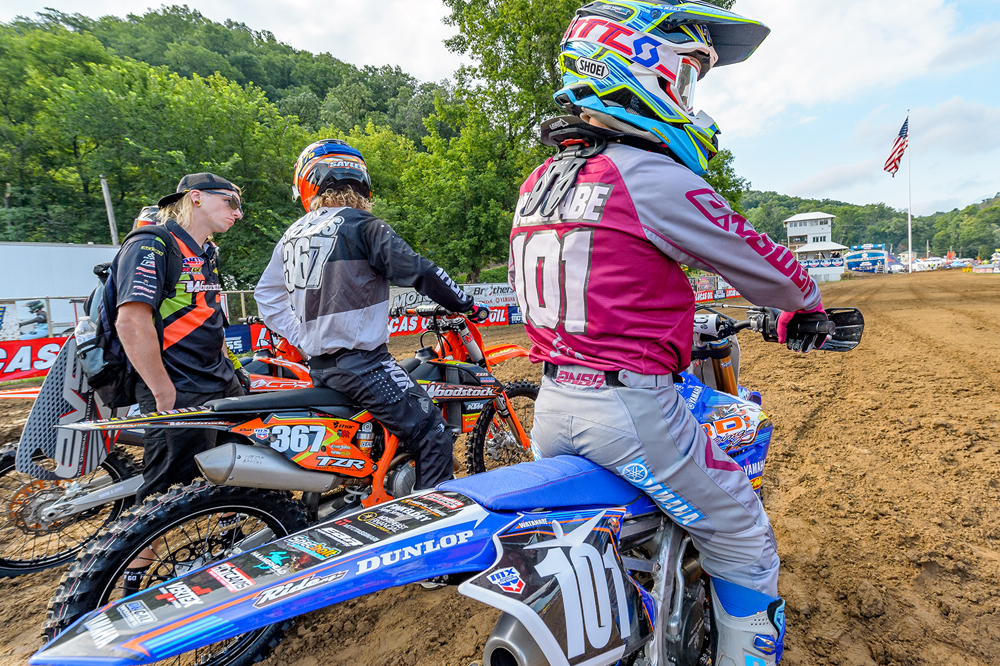 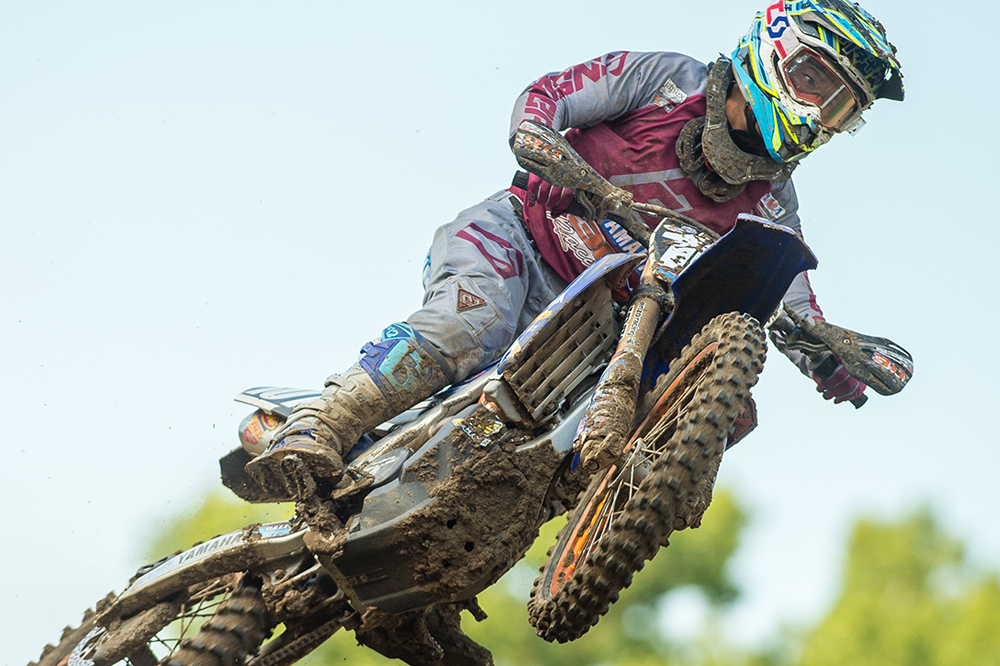 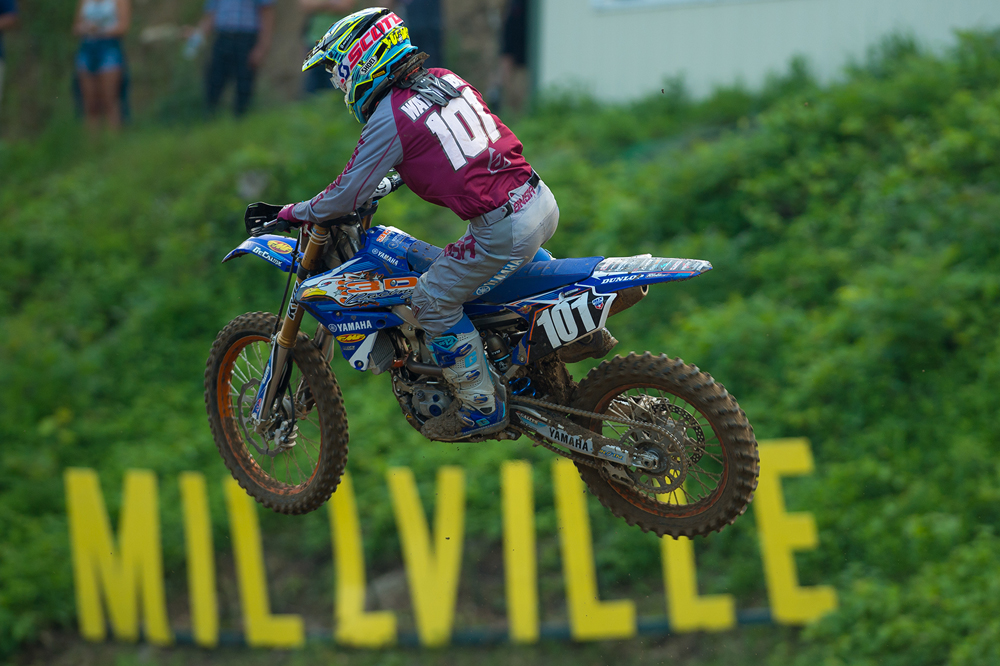 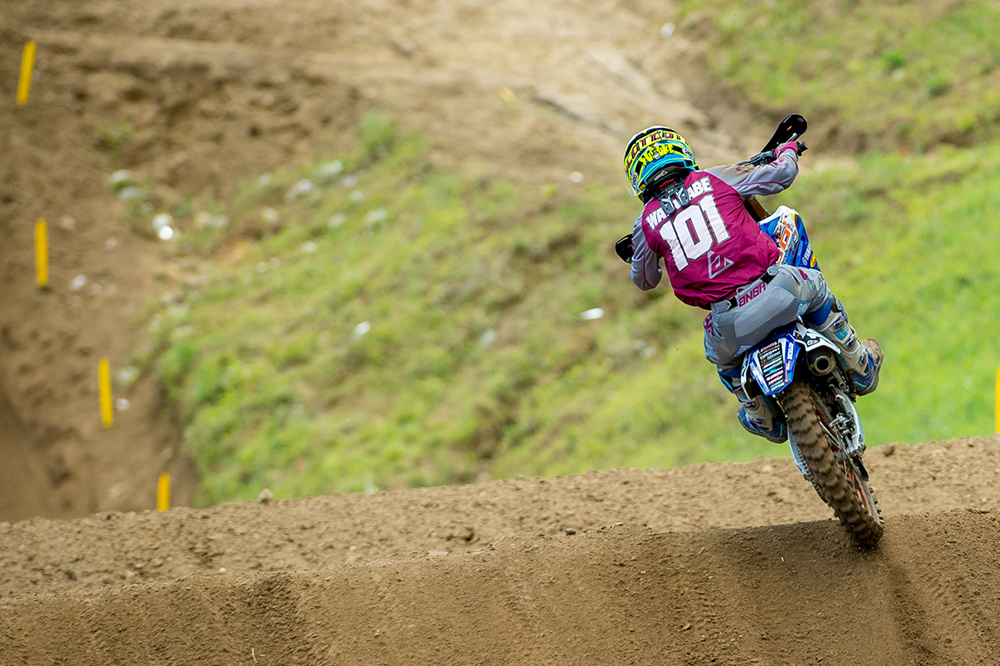 Round 8 of the 2018 Lucas Oil Pro Motocross Championship kicked off in Millville, Minnesota and 3D Racing’s Yusuke Watanabe made his return to the series after missing the last three rounds due to an injury sustained while training. While the Japanese rider’s arm was not at 100% yet, he was still able to ride strong all day.

In the first timed session, Watanabe finished in 22nd, his best position in the field so far this season. This is likely due to him now having his All Japan series mechanic Uchiyama-san here with him, as Watanabe seemed upbeat and confident in the morning as he headed to the track. With him taking 27th in the second timed practice, his time from his first session put him in 26th place for his Moto 1 gate pick, his best of the year so far.

Watanabe was quick at the start for Moto 1, running in around 19th place to give him his best start of the season. However, his first two laps were not ideal as it took some time for him to get comfortable racing again after his one-month break to recover from his injury. But he had settled in by lap three and started putting in fast laps. He was able to push up to 20th position by the halfway mark and stayed there until the final lap, when he adhered to the blue flag and gave way to the leaders approaching from behind. He took a slower line to allow Aaron Plessinger to pass and was passed by a rider that he had been fighting against for most of the race. Still, he recorded his best finish of his AMA season to date in Moto 1 with 21st at the checkers!

For Moto 2, Watanabe was quick out of the gate again and into the first turn in a good position. Unfortunately, a rider on his inside made a mistake and crashed into him, taking them both down. It took the Fukushima native a long time to get his bike untangled and restarted, down in 40th position and a long way behind 39th. Never giving up, he rode hard and was able to recover to 26th position by the finish and only just behind the rider in 25th place in a real show of grit and speed.

The next round on the calendar will be the Washougal National in Washougal, Washington on July 28.

“I was really looking forward to this week’s return match, but I was nervous because I missed three races. The condition of my arm injury is not perfect, but it was good enough to finish both motos. The sand section was very difficult to track through and we struggled through the second qualifying time attack, but Doug’s advice gave me a fix for the race. I’m training for the next round already.”

“Overall, I was very impressed with Yusuke’s performance today. His arm is still not 100% yet, but he put in his best qualification and best moto of the year! I think his confidence is coming back and he doesn’t worry about his bike now that Uchiyama-san is taking care of it. The other good note to his race was that he was one half a lap from the checkered flag when he was passed by the leader. This is the closest he has come to completing a race without being lapped! We will keep working hard and I’m looking forward to next week’s race in Washougal.”