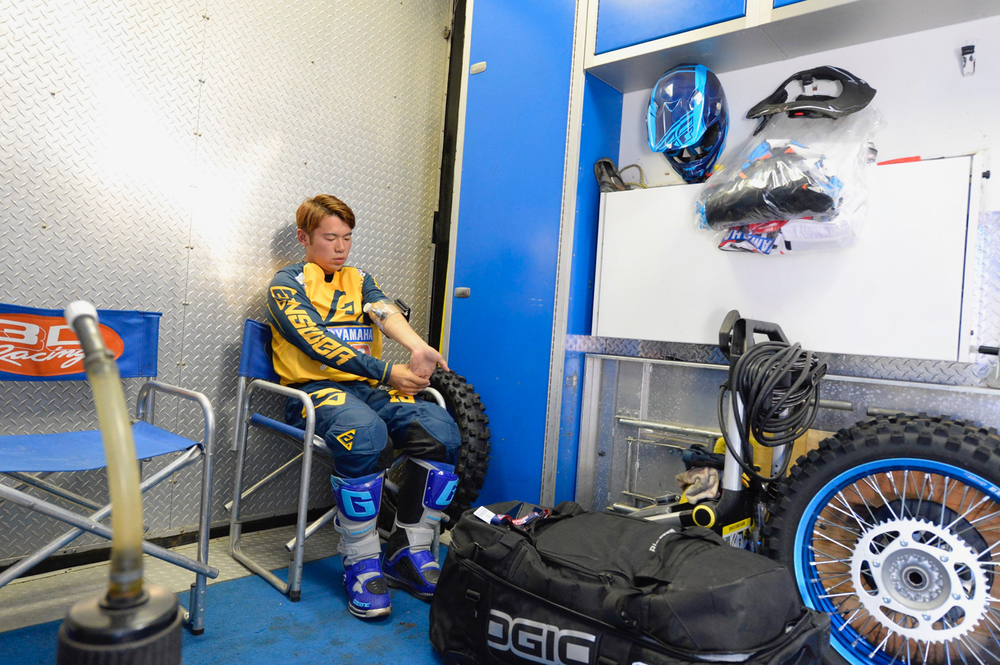 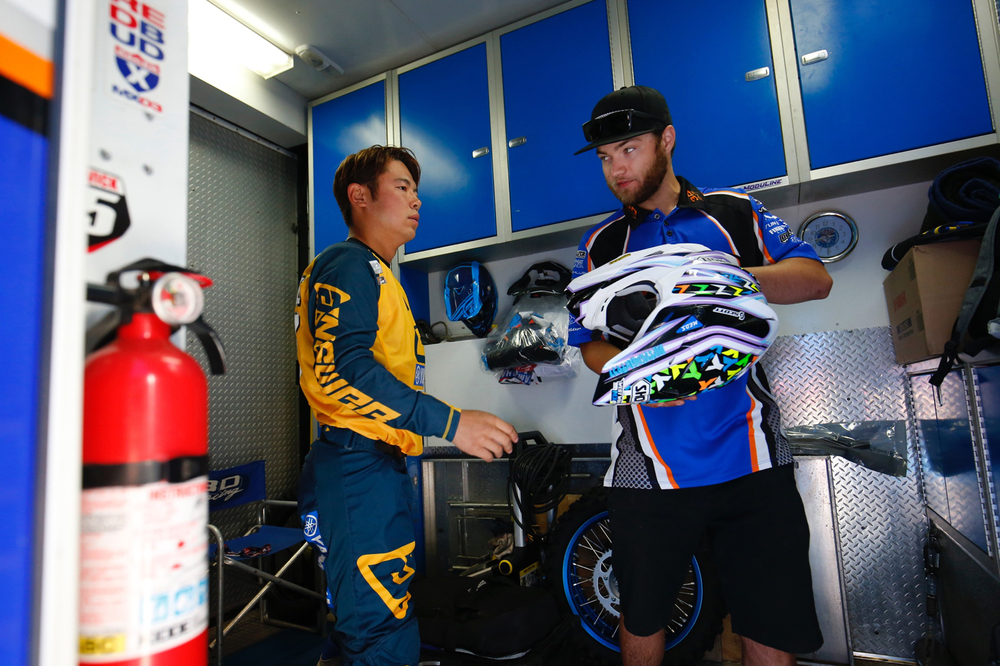 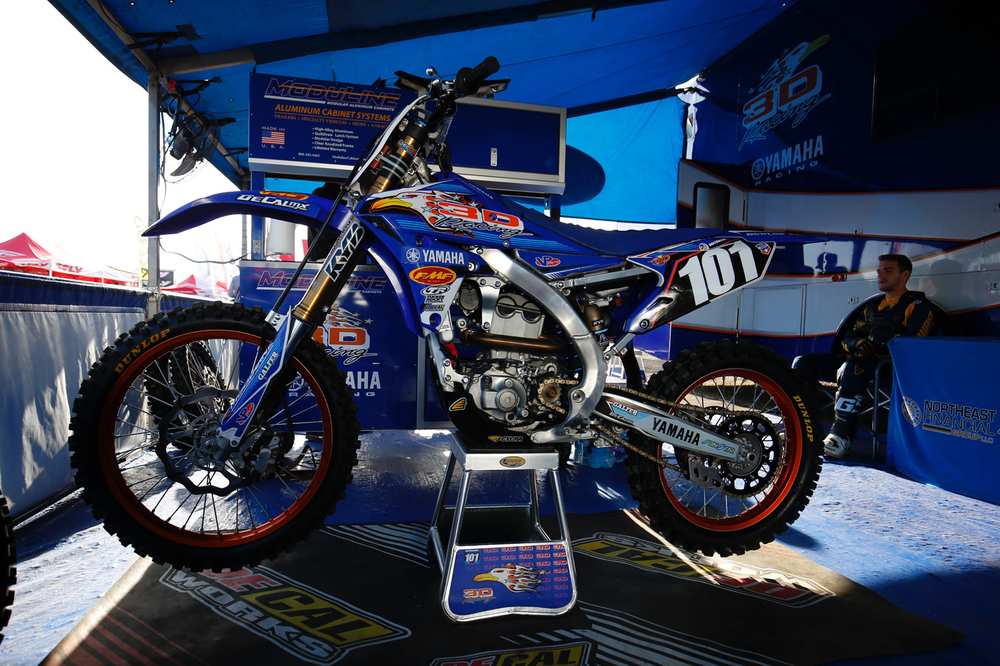 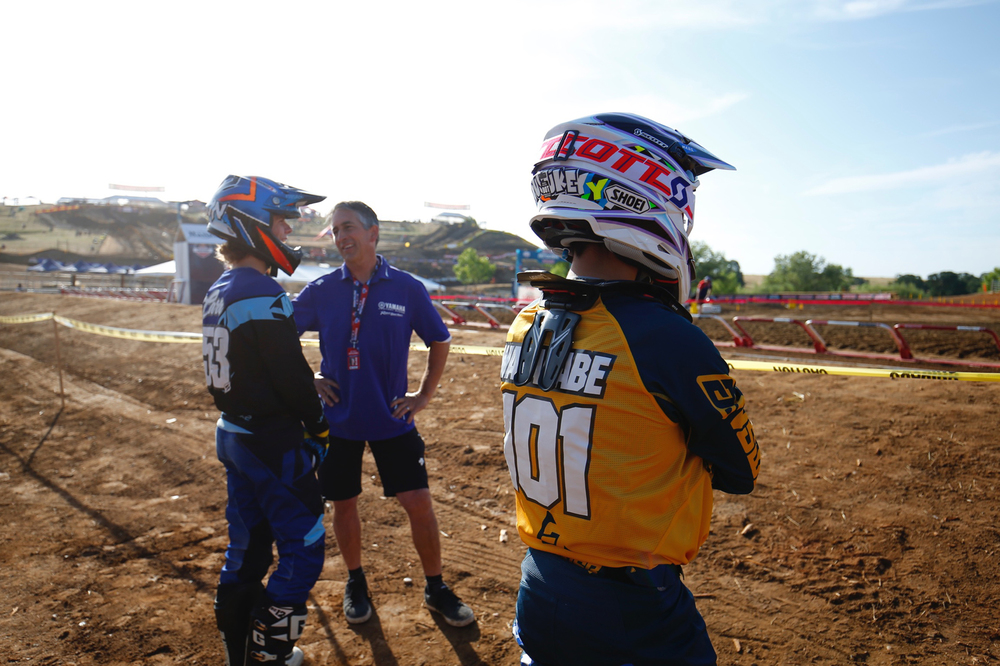 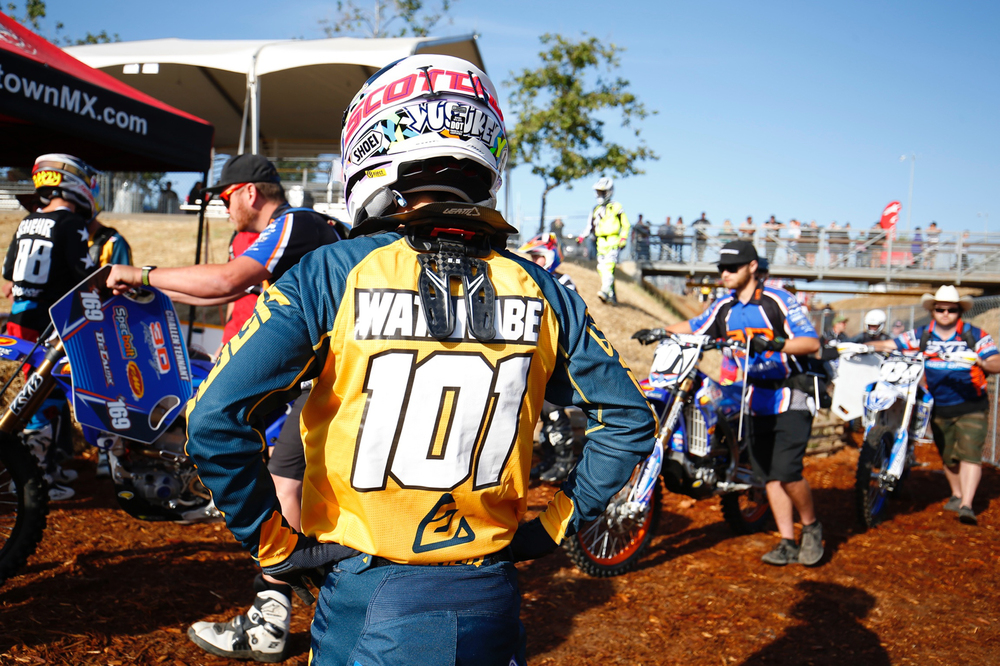 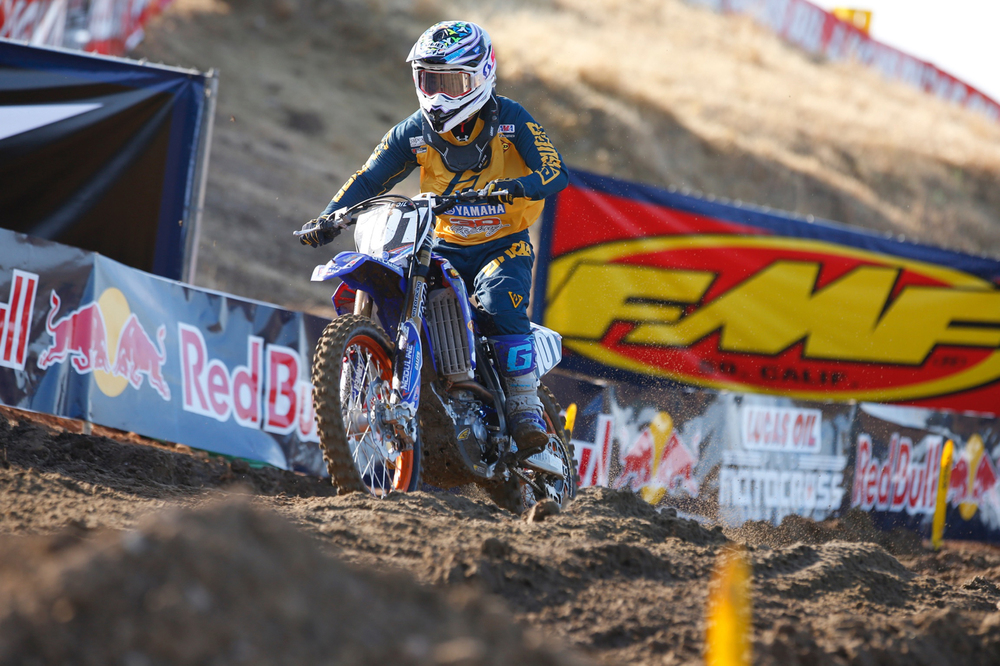 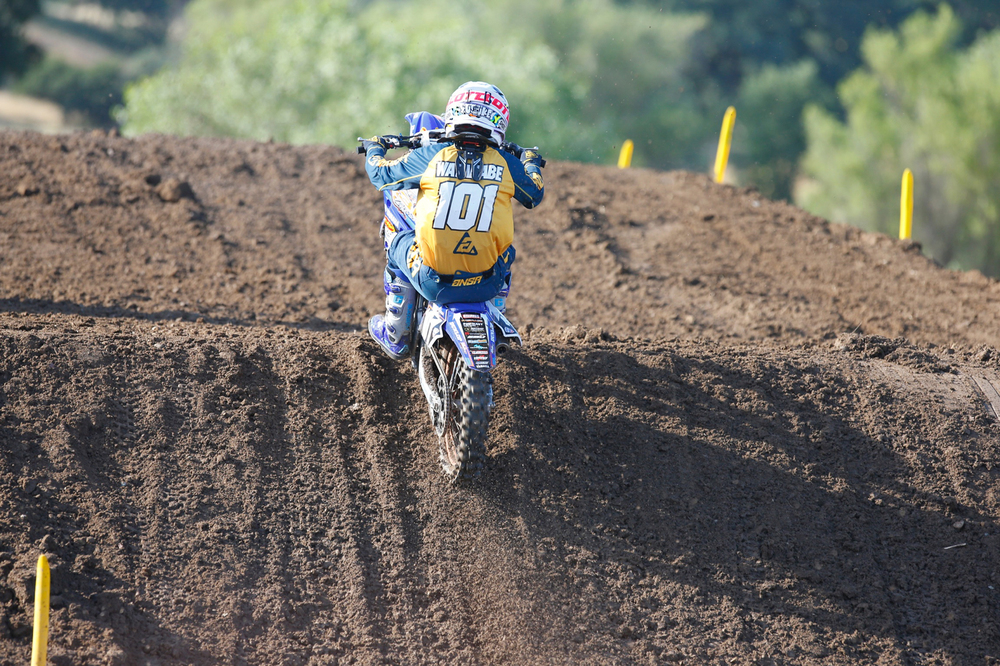 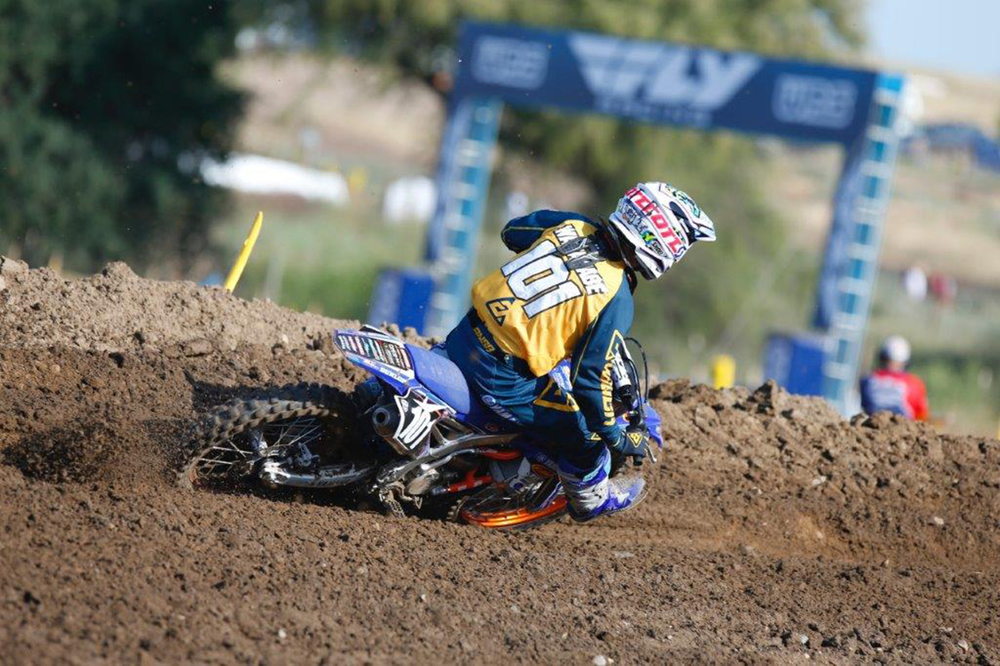 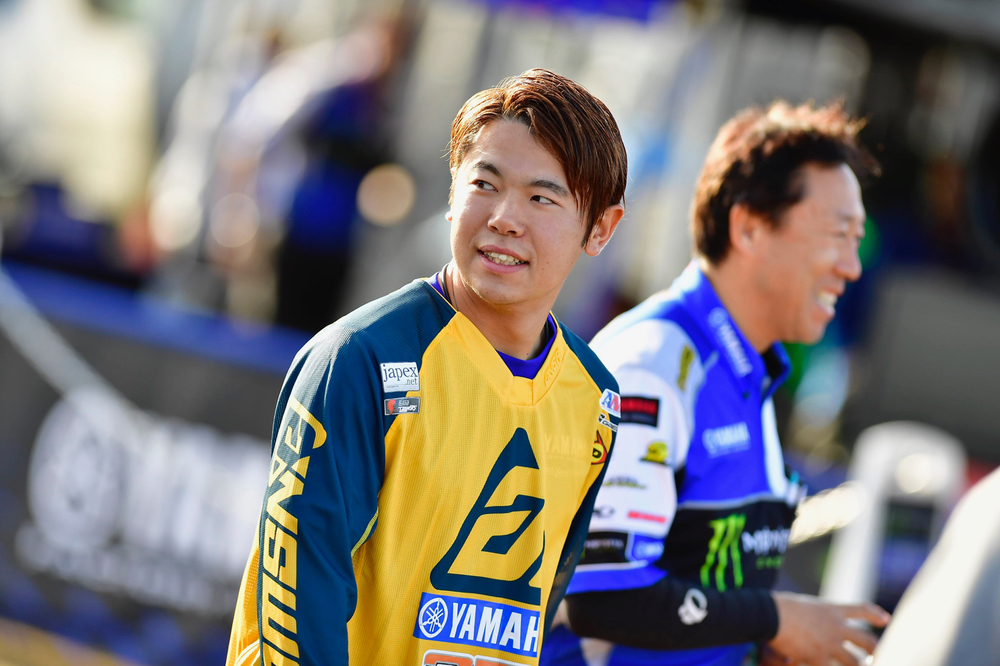 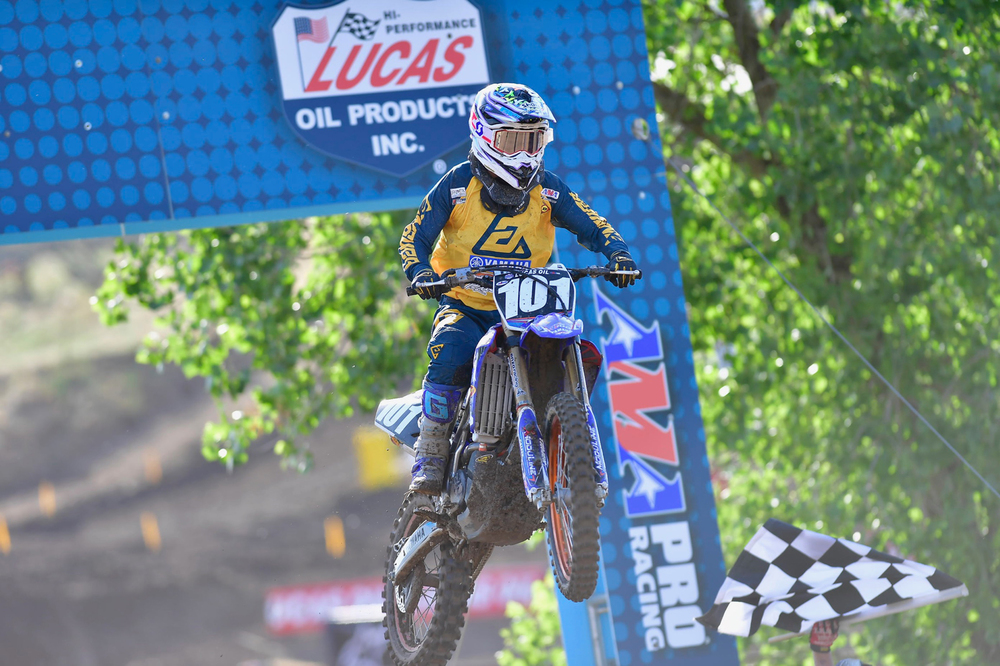 On May 19th, Yusuke Watanabe made his long-awaited AMA 250cc Motocross Championship debut in the opening round at the Hangtown Motocross Classic in Sacramento, California. At an event like this featuring some of the world’s fastest motocross riders, Watanabe was faced with jelling with a new machine and a new team at a course he was riding for the first time. As such, he understood that he might not even be able to qualify, but he did and went on to take 30th in Moto 1 and 26th in Moto 2, making some big first steps in his overseas racing challenge.

What awaited Watanabe in this debut race was a huge track unthinkable in Japan, long, technical and complete with big elevation changes. And then there was the group of hungry, talented young racers looking to make their name and reach the top in the AMA. Watanabe knew these riders have skills equal to or surpassing his own, and though the going was tough, he rode his YZ250F well, making use of his experience representing Yamaha in the All Japan Championship and the excellent coaching he has received from Doug Dubach. He was 6th in the B group in qualifying, which placed him 34th overall and guaranteed him a spot on the starting line.

The first few laps of Moto 1 turned out to be just as difficult as Watanabe had expected. He was 33rd after the first lap and had dropped to 35th by lap 3. As the race went on the track conditions deteriorated. “Compared to tracks in Japan, the conditions here were much more difficult to deal with,” said Watanabe. But even so, he fought on and did his best to adapt, eventually recovering to finish 30th. He managed to run the entire race in his first AMA outing.

Moto 2 was more of the same. Watanabe was 28th after the first lap but soon fell back to 32nd. But just as in Moto 1, he upped his pace and finished the 30-minute + 2 lap race in 26th, completing both motos at the season-opener.

Watanabe’s main goal had been to finish both races, but he was still left frustrated and unsatisfied: “The course was really rough and there were so many fast riders...” But he then added, “I’m looking forward to next week’s race at Glen Helen since I have more experience at that track,” making his goals for the next round clear.

Dubach reflected positively on the weekend. “I think Yusuke learned a lot in his first AMA National. He will get better each week; it will just take a few races to get up to his usual speed and then he can start progressing from there. We’ll keep pushing!”

How much will Watanabe be able to improve in his first season of AMA racing? His challenge has only just begun.