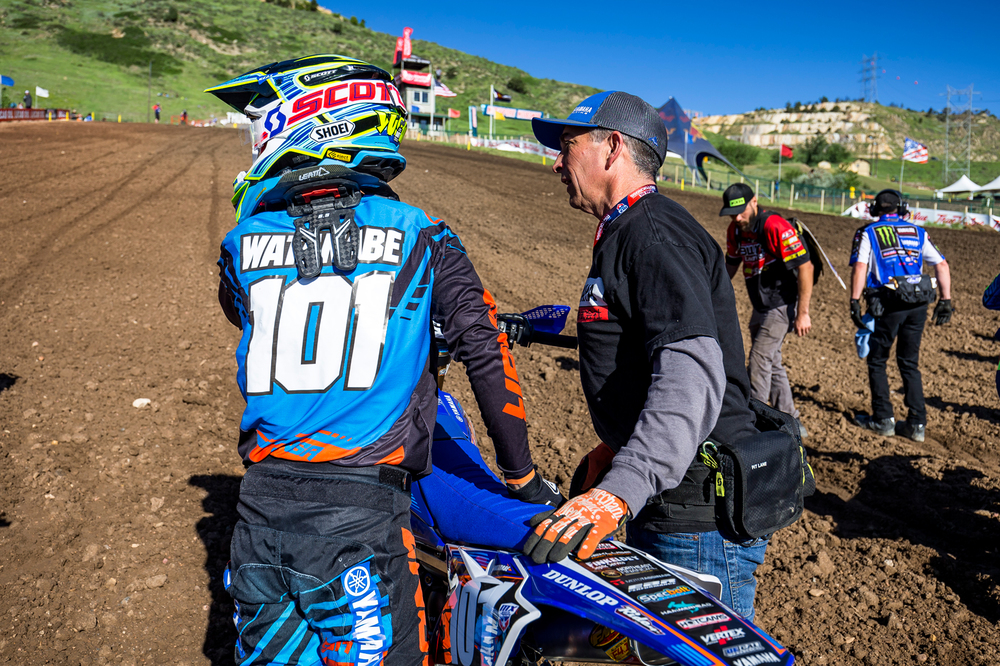 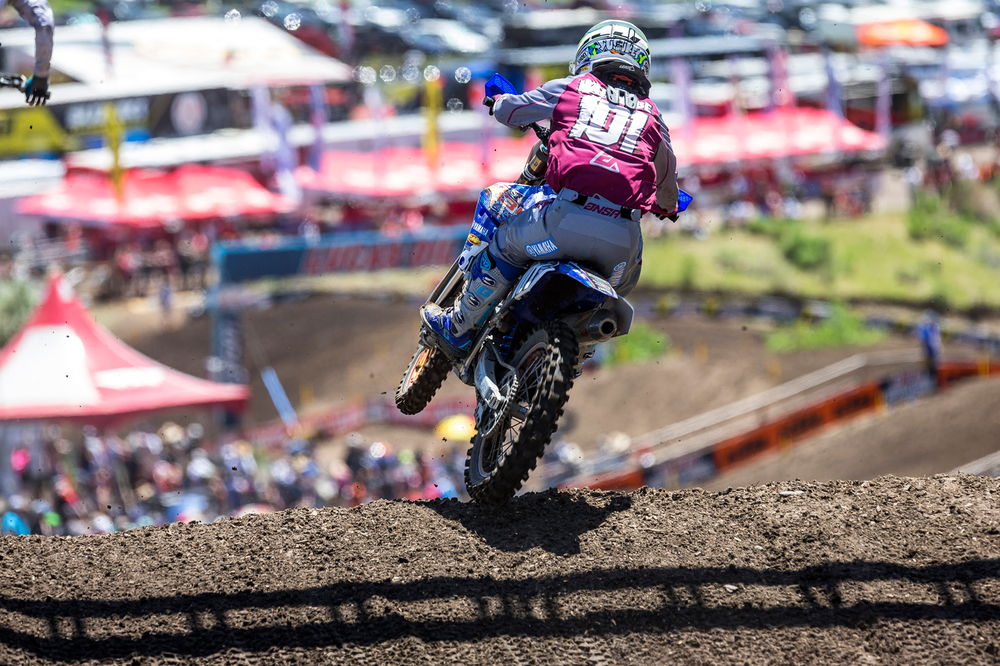 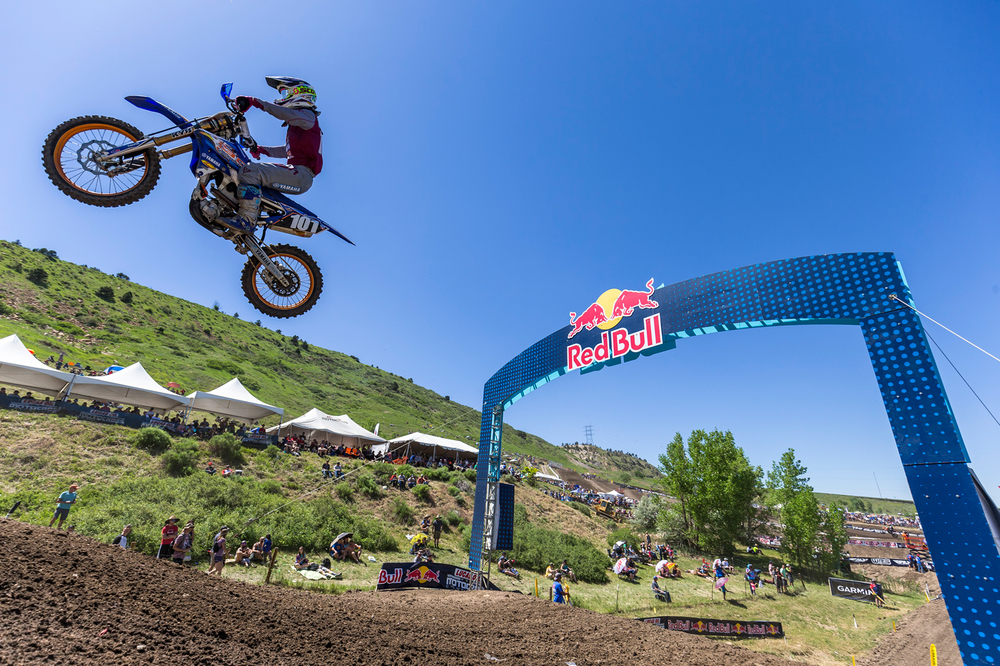 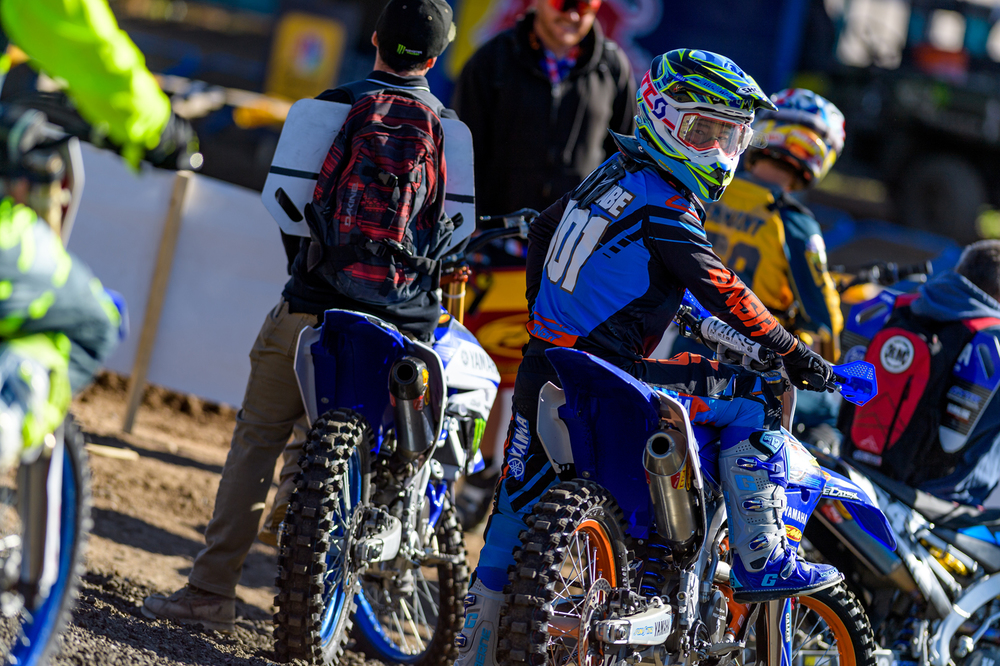 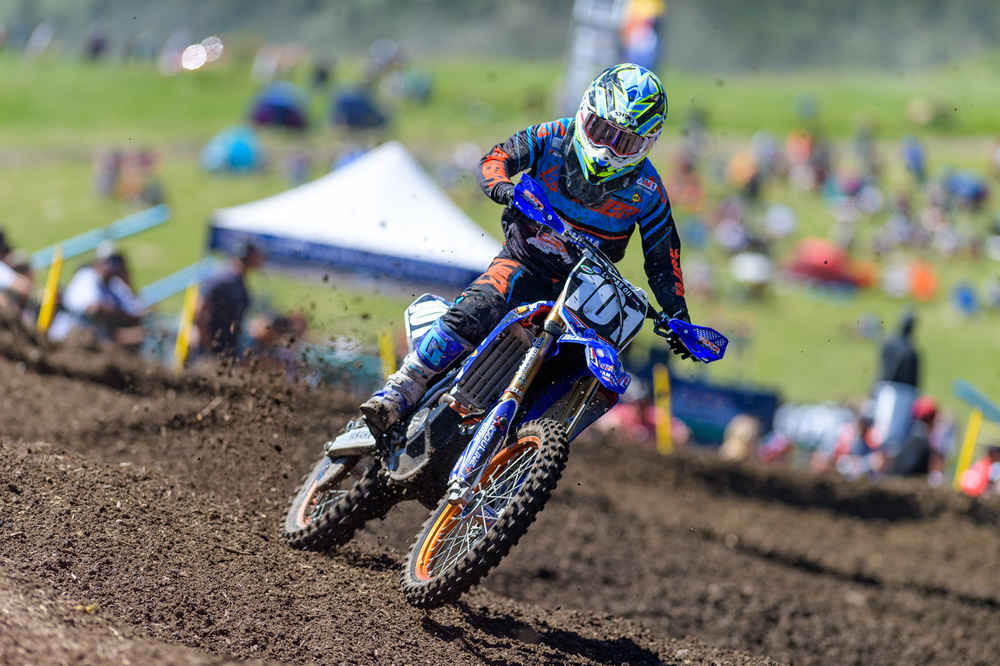 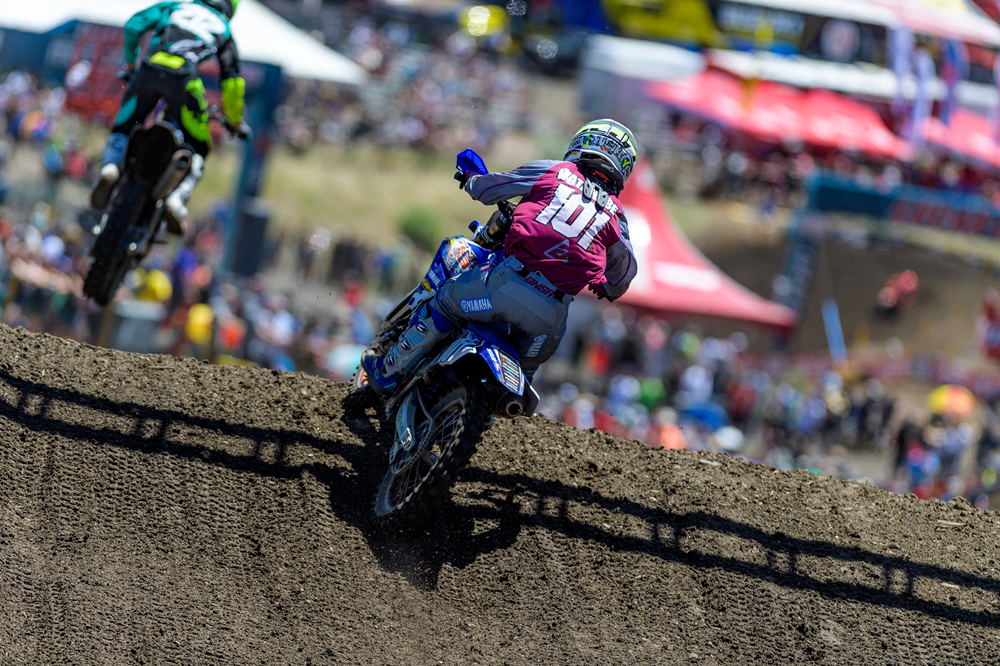 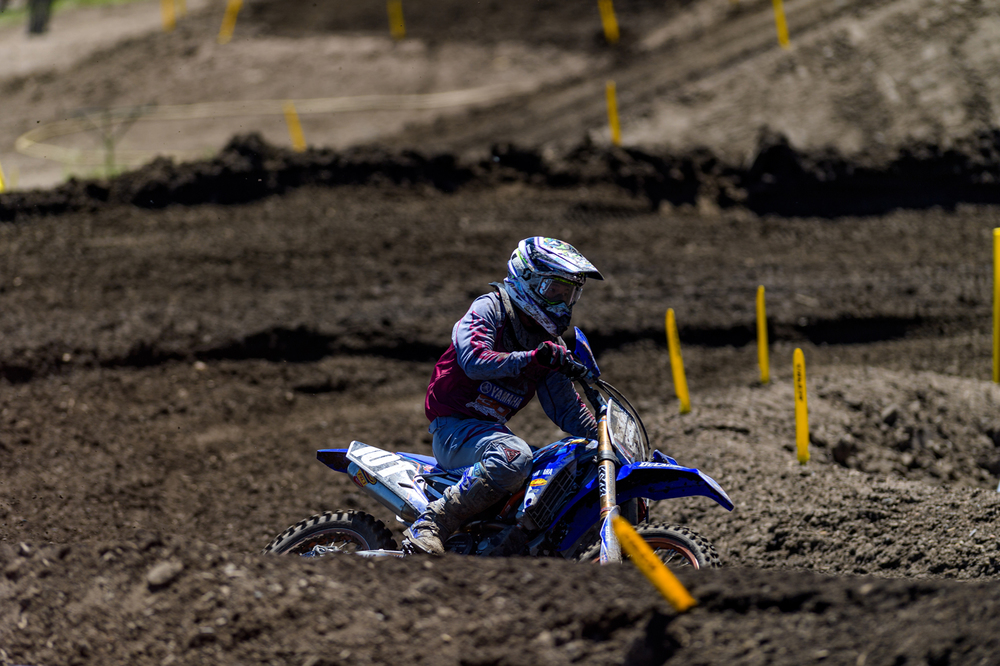 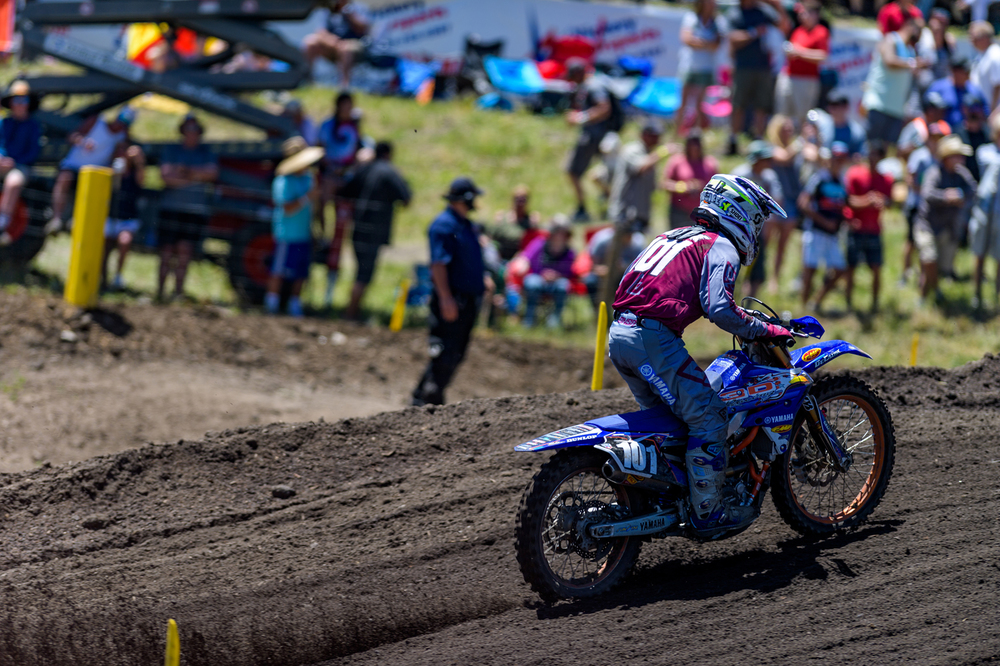 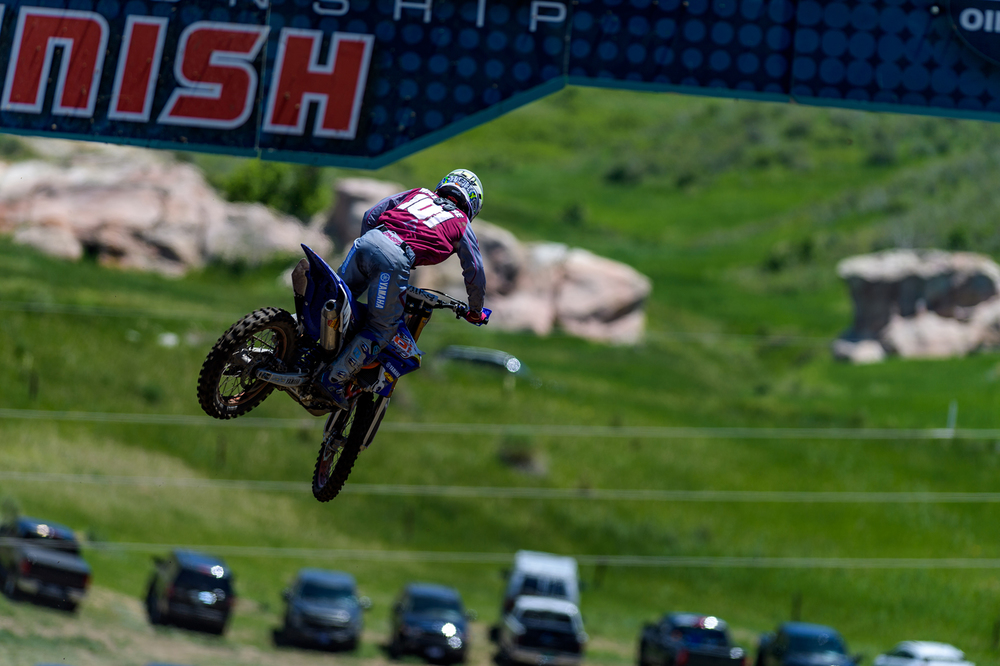 Watanabe Battles Through Injury to 23rd in Both Motos

While training at Perris Raceway in California earlier in the week on Tuesday, he had a small crash and sustained an injury to his left thumb and that kept him from riding for the rest of that day. A visit to a sports doctor later resulted in him being advised not to ride for a few days.

Watanabe tried riding again on Thursday and the thumb was still painful, so the team decided to travel to Thunder Valley as planned and see if he could ride in the practice on Saturday morning.

Among the other challenges, the young Japanese rider was not invited to a press day event and thus he would be going into the practice sessions not only with an injury, but also having never seen or ridden the track. Since track conditions typically worsen and times drop in the second session, the first timed practice often counts towards a rider’s qualifying position, so Watanabe would have a lot to do in the first five or six laps. The last of the additional challenges was the fact that Thunder Valley is located at an altitude of 5,676 feet (1,730 meters) and this has an adverse effect on engine performance as well as the rider’s ability to breathe.

For qualifying, Watanabe retained his place in the “A” group again due to his results from Glen Helen. Still, he had a difficult time adjusting to the new track and though his times improved as the session went on, the 22-year-old from Fukushima ended up 34th with a time of 2:21.9. Following some adjustment to the bike’s fuel mapping and some advice from Doug Dubach about line selection, Watanabe was able to improve his time to a 2:16.2 in the second timed practice, netting him 28th overall and qualifying him for the main races despite riding on an unfamiliar course with an injury.

In Moto 1, Watanabe managed to hold a position around 27th on the chaotic first lap as riders jousted for positions. Disadvantaged with a painful thumb and the new course, he still rode hard from beginning to end, making passes to climb up to 23rd position by the finish. He nearly took 22nd place on the last two laps, but the leaders came past and he lost his rhythm. Nevertheless, Watanabe took his best Moto 1 score of the season so far and was not lapped until about the 27-minute mark.

Starts at Thunder Valley are done in 1st gear due to the power lost from the high altitude, and in Moto 2, the front end of Watanabe’s YZ250F came up on the start right out of the gate due to the additional response. This dropped him to around 32nd position as they came around for the first lap. Performing well, the young Japanese rider showed some of his best early lap speed so far and was able to get up to 22nd position by the halfway mark. He unfortunately landed hard in a hole with a few laps to go and slightly hurt his injured thumb. Husqvarna’s Zack Osborne had managed to mix in with the frontrunners—he had remounted and was running in 23rd place after a first-turn pileup—and passed Watanabe on the last lap to put him back to 23rd.

The next round on the calendar will be the High Point National in Mt. Morris, Pennsylvania on June 16.

“I was looking forward to this race as I was feeling good after Glen Helen, but I had an injury to my thumb four days before the event. The altitude of the track gave the bike a very different feeling with no power and this made it difficult to make the bigger jumps. Still, I’m happy for my finish in this difficult situation.”

“I was really impressed with Yusuke’s performance today; he was able to fight through the injury as well as the other challenges to post very solid 23-23 moto score for 24th overall. One of the strong points of his second moto was that he was able to go almost 30 minutes before getting lapped by the leaders. For me this is important to show that he continues to improve, is getting closer to completing the race on the lead lap and will soon be able to fight for the top 20 positions.”