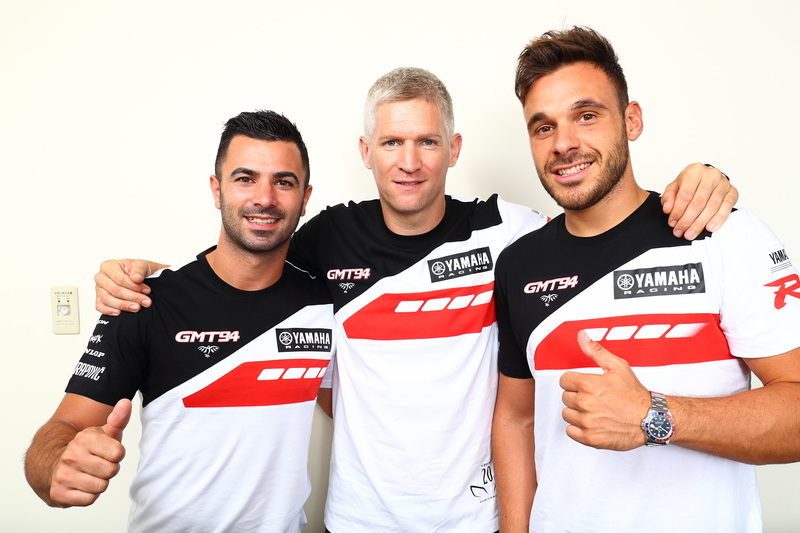 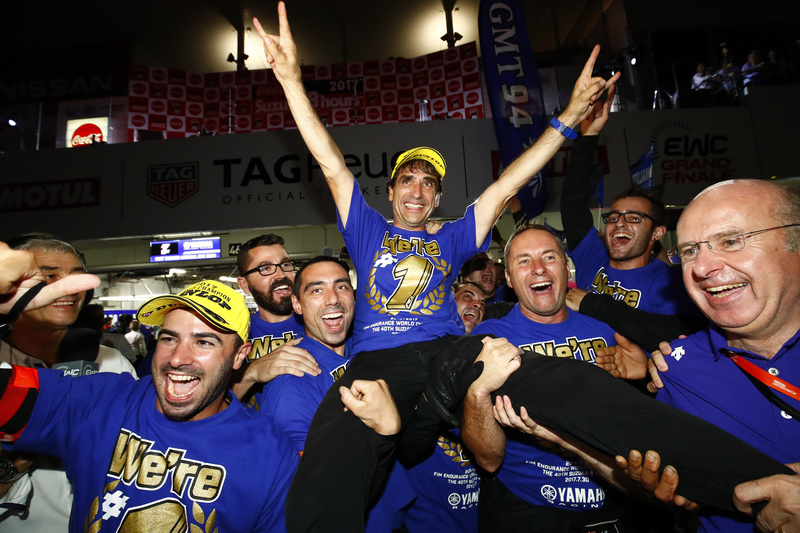 "It was like a dream, you know," says Checa. "The ambience at Suzuka is always incredible and it's a unique race. It's better than the Bol d'Or and the 24 Hours of Le Mans for me, and we were able to stand on the top step of the podium last year. We were able to be on the podium in 2012 with 3rd but to take the championship here was really like a dream."

"It was amazing to win the championship at Suzuka last year," remembers Canepa. "It was for sure one of the best feelings of my life to be World Champion on the top of the podium in front of all the people and fans with my teammates. Italian riders are a big part of motorcycle racing history with so many titles and wins in so many different championships, but I'm the first rider from Italy to win an EWC title and it's great win something for the first time for my country. It's something I'm really proud of."

Di Meglio agreed with his teammates: "Last year was my first year in endurance. It was incredible because I started with the 24 Hours of Le Mans and we won immediately. Then we won in Slovakia and Oschersleben so we were very strong and very focused on getting the title. With all the factory bikes at the Suzuka 8 Hours, the level is very high but it's good because we have push more than at other races and it was really special to stand on the podium with my teammates as champion here."

However, it wasn't long after last year's 8 Hours that the 2017-2018 EWC season began with the Bol d'Or in France. The GMT94 team showcased their prowess in endurance by taking a convincing win in the 24-hour race and got their title defence off to a strong start. However, a crash in the 24 Hours of Le Mans put them on the back foot and forced them to battle back to 10th. Their podium finishes with 2nd at the 8 Hours of Slovakia Ring and 3rd at the 8 Hours of Oschersleben put them just 10 points behind the leaders as they arrived in Japan for the Suzuka 8 Hours finale.

"For sure it's difficult to gain back 10 points in one 8-hour race but anything's possible in racing," says Checa. "It could suddenly start raining, you know. We know the factory teams are fast but if the conditions get rough, I think our chances to be near the top will be higher. My teammates are fast in the rain and we can show our strength."

"The testing went well and we're confident," says Canepa. "Finding the direction with the tyres was big. We were in a much better position last year but since we were just one point down on the leaders then, we weren't able to push too hard. To close the 10 point gap, this year we can go full throttle and this is the best way to fight in the race."

"We had a lot of tyres to try at the tests and in the end, we had a good feeling and found the direction to go in," adds Di Meglio. "We also made some steps with the bike. It was quite good because Nic made a good lap time in the low 2'09s. We just have to keep preparing for the race." 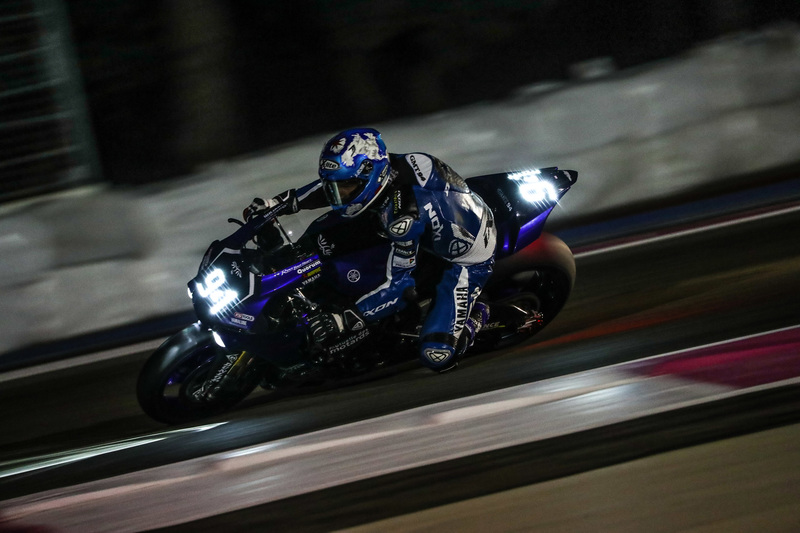 "For me, it's tough mentally," says Checa. "I don't sleep during a 24-hour race and take breaks instead, but if you have to ride in the rain and in bad conditions at five in the morning and it's cold, it's really difficult mentally. The thing about Suzuka is that you push so hard but it's so difficult to battle at the front with the factory bikes. We managed to be on the podium in 2012, but that wasn't normal."

"Riding for 24 hours is a different approach; to win, you have to switch between pushing and maintaining the pace for the full 24 hours," says Canepa. "I think for the riders, the Bol d'Or is a bit less physical and the temperature is lower, but with an 8-hour race like Suzuka, the level is really high with the factories and privateers and it's more physical because of the temperature and humidity, so you have to push and push right from the first lap. You don't feel it during the race but you're exhausted when it's over."

GMT94 is said to be ending its EWC efforts as of the end of this season, but Team Manager Christophe Guyot wanted to make one thing clear: "I've heard people saying this will be our last time in the Suzuka 8 Hours, but I haven't said that. Suzuka is a special and completely different race for me, and I hope to come back and try to win this race if there are no scheduling clashes." The team's long-time pillar, Checa shared his thoughts on his career with GMT94: "For me it's a strange feeling because for 16 years I've been with this team and Yamaha. It's like I have to begin a whole new chapter. For the moment, I want to do my best here at the 8 Hours for the team and give it everything we have." 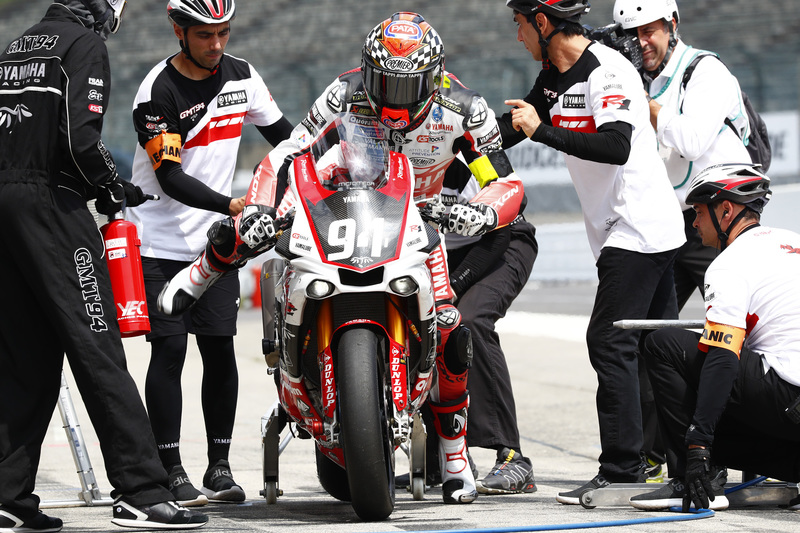 Canepa also reflected on his time with the French team: "It's been three amazing years racing with Christophe, David and Mike. It's a bit sad for this to be our last race together, but I found some good friends with the team and the memories will stay with me for a long time for sure. I hope to do a great race at Suzuka to end these three years with the team with the best result possible." 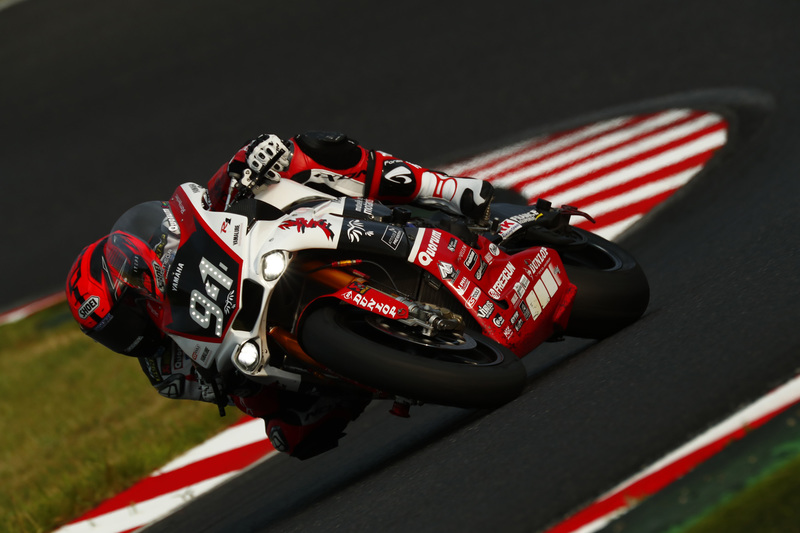 Di Meglio also looked back on his time in endurance: "I've spent two years with GMT so I want to thank Christophe for giving me the opportunity to join his team and teaching me the spirit of endurance, and also to David for teaching me how to race in this championship. I'll do my best in the race to say thanks to them and the team for everything."

GMT94 will be closing another chapter on its time in EWC with this year's Suzuka 8 Hours. Like warriors on steel steeds, they have always risen to face a challenge and will be out to demonstrate their passion for endurance and years of experience on the #94 R1, defending their title until the checkered flag. 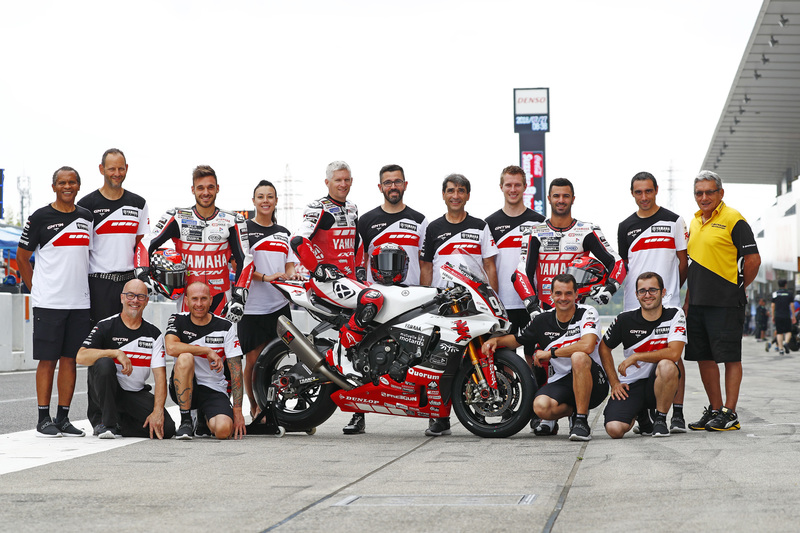