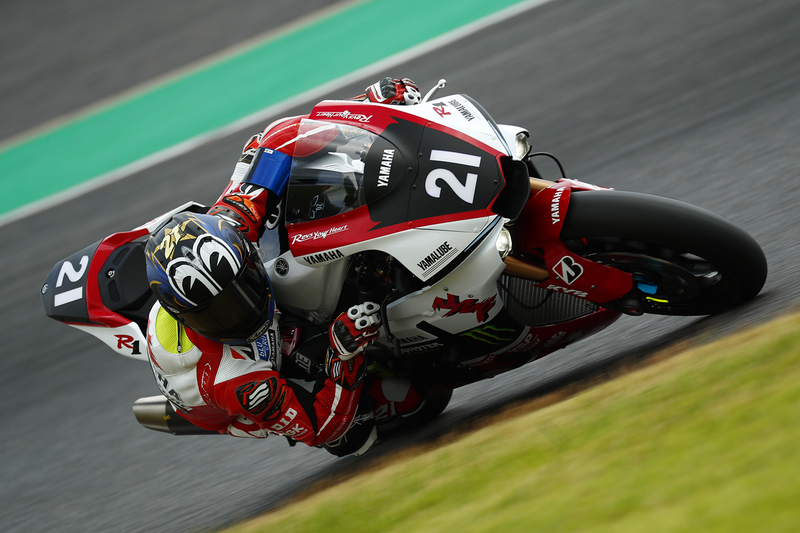 The 2018 Suzuka 8 Hours, the long-awaited final round of the 2017-2018 FIM Endurance World Championship (EWC), finally got underway on July 26 at Suzuka Circuit. 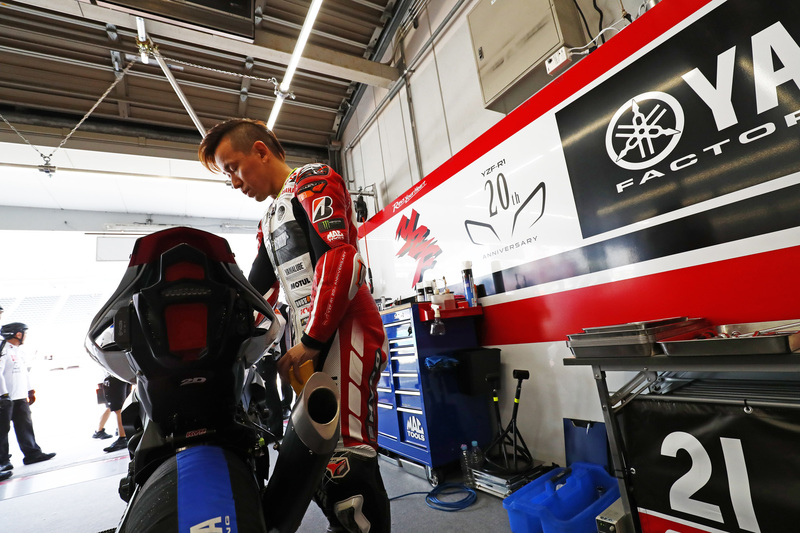 The three supplementary practice sessions began at 1:30 in the afternoon, with a one-hour session first followed by two 45-minute sessions starting at 3:45 p.m. and 4:45 p.m. Aiming for an unprecedented fourth consecutive win, Yamaha Factory Racing Team riders Katsuyuki Nakasuga, Alex Lowes and Michael van der Mark headed out on the factory YZF-R1 and clocked off laps in the 2'07s during their respective stints. Nakasuga's 2'07.213 set in the second session put the factory team at the top of the day's combined timesheets. 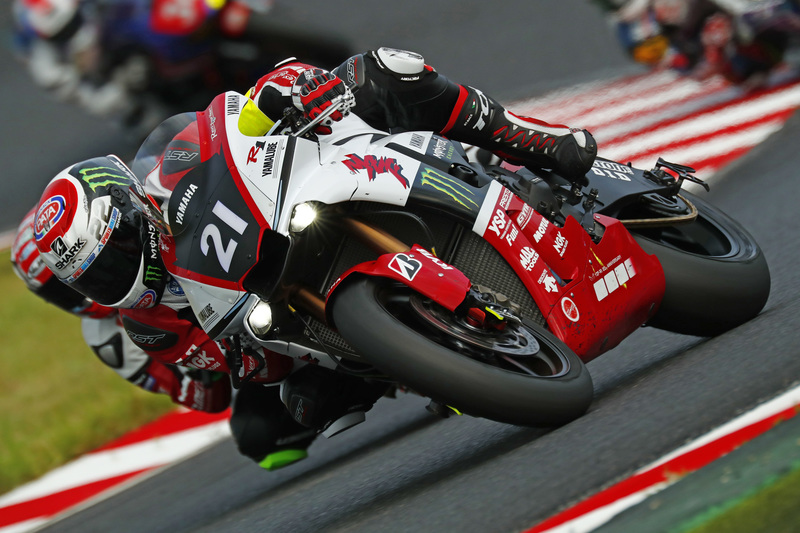 The team had settled on the direction to head with the bike's settings during the pre-event tests held in mid-July, so the day's runs were primarily focused on final checks of the factory YZF-R1. But setting consistent laps in the 2'07s on just the first day signals a very positive start as the clock winds down to the main event on July 29. 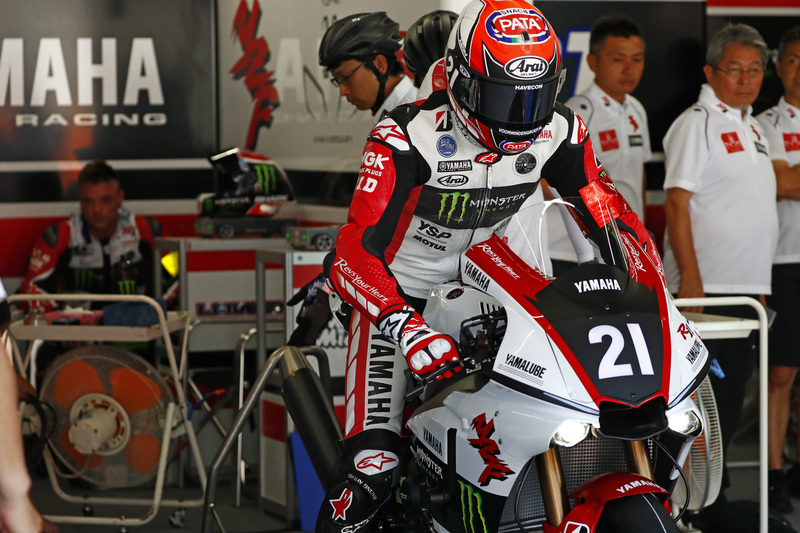 Of course, the 8 Hours is not about running flying laps to set a fast time; it's the average pace of the team takes precedence. But quick times are a necessity when gauging if a team and its riders are primed for the race, and closer times between the three riders makes planning race strategy easier. 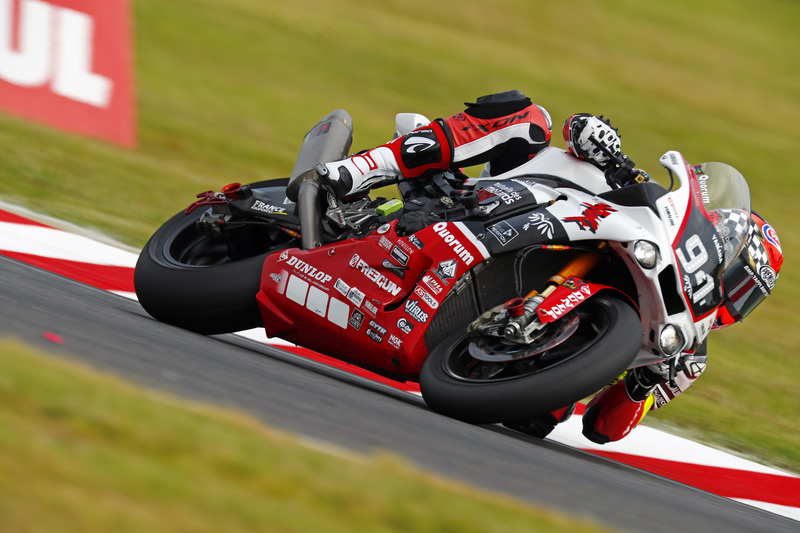 The GMT94 Yamaha Official EWC Team is gunning for a comeback win in its title defence this year with its title-winning squad of David Checa, Mike Di Meglio and Niccolò Canepa. The French team finished the day in 15th with a 2'10.181 lap, but team pillar Checa has said that if the weather turns rough, the team has a chance. Sure enough, the weather is forecast to be rainy on Sunday and if the course is wet, there is a high chance it will be a boon to the team in their quest to take back-to-back EWC titles. 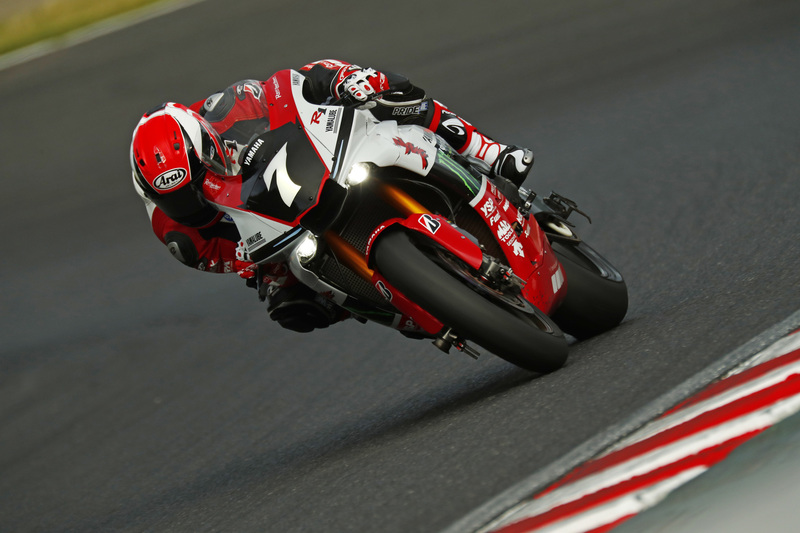 For the YART Yamaha Official EWC Team, they will aiming to take their second win of the season at the Suzuka finale with Broc Parkes, Marvin Fritz and Takuya Fujita. Riding the #7 YZF-R1, the team's best lap of 2'09.152 put them 9th in the overall standings for the first day. The strong headwind down the start-finish straight and the wet patches from the morning rain made conditions difficult, but setting a lap in the low 2'09s means there is still much more to come from the Austrian team in the coming days. 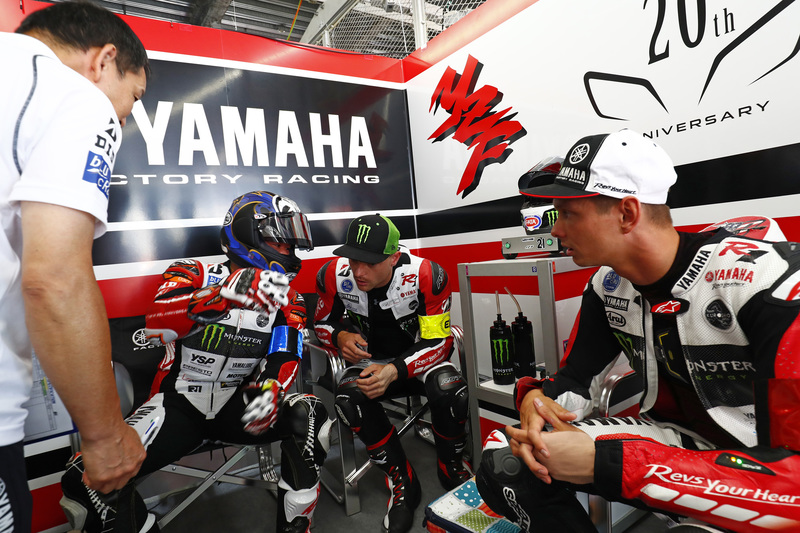 "We set up the bike really well during testing, so since the forecast is calling for rain on Sunday, being able to quickly make any minor changes necessary to adapt the bike to deal with any condition will be key. Today, Alex, Michael and I all ran in the 2'07s, so with each day, the bike is working better and better for all three of us. I think we put some pressure on our rivals right off the bat with our times, but we're not paying too much attention to what's going on around us. We just need to focus on getting our own jobs done. Tomorrow is timed qualifying and the results count towards joining in the Top 10 Trial on Saturday. The track temperature drops as the evening sets in and that gives those in that session an advantage, so I'll use that to aim for the top positions."

"It's always nice to get the race weekend started. Obviously, we've had a couple tests already so the bike feels really good. All three riders are fast and we're looking at all the small areas where we can improve tomorrow. It's been a positive day and I've enjoyed being back in 'race mode.' There's a lot more people here behind the scenes when it's for the race so I've enjoyed it so far and I'm looking forward to continuing to work hard tomorrow."

"We finished three practice sessions today in Suzuka. They weren't really that long and we're only allowed to ride one bike so we have to share. I think the start went really well, but the red flag meant I couldn't ride that many laps. I had a few more laps in the second session and in the last session we did some pit work so Thursday has been quite good."

"I'm just glad that the first day finished without incident. Checking and confirming the bike's setup from testing was one thing we had on the schedule today, but all three of our riders are in the 2'07s, so both the bike and our riders are in good shape. In the final session each rider practiced a pit stop and we had zero issues there as well. The forecast is for rain on Sunday, but the team just has to come up with solutions for what may occur so that we're as ready as possible." 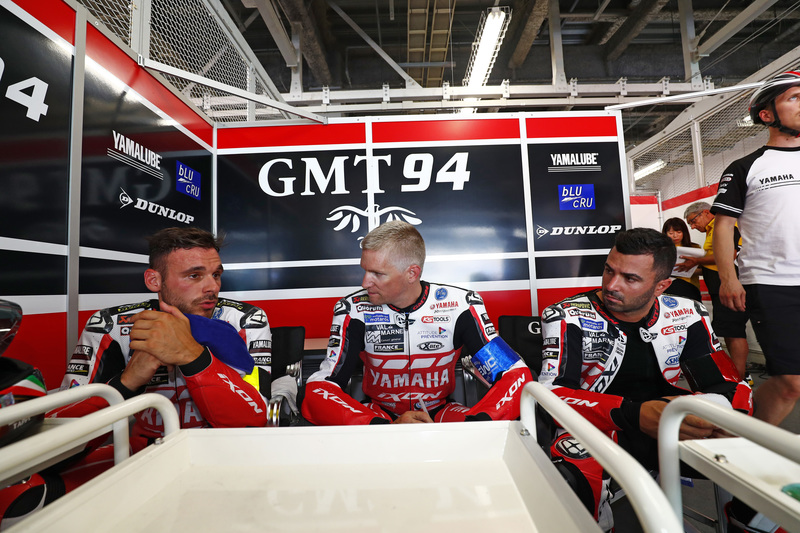 "I wasn't at the tests last time so I was a little worried if I was going to be good or not, but on the first lap I was able to hit the mid-2'11s. By the end we tried to solve some problems because we weren't quite sure which tyre to use but we tested some things and found a good solution with the Japanese tyres. So now we need to set up the bike to use them and improve our pace. We don't have the perfect pace yet but I think we can find 0.5 seconds. The race has a 90% chance of rain they say so it'll be great for the spectators because the championship is much more unknown. We'll do our best whether it's dry or wet, and I hope we've won the title when the race is over."

"Today wasn't so bad. The sessions are really short so we couldn't do many laps, but the lap times are quite good as we're the first bike on Dunlop tyres. For sure our rivals for the championship are faster and we need to find a solution to go faster than them, but the bike and the team are working well, so we still have some room to improve."

"We worked hard today. I think we found a good base setting for the bike during the tests so we immediately had some decent lap times. We tried some new Japanese tyres from Dunlop and found them to be very good at this track. We'll keep working on the bike and try to improve. The forecast looks bad for Sunday but we're fast in the rain so we'll see what happens."

"We're very happy with today because we're in 12th position on the first day of practice. While that means the race will be difficult, it also means we can be in the top 10 by the end of tomorrow. This will be the target. We're the first team with Dunlop and our riders are riding well. We don't want to make a mistake because the race will likely be in the rain, so we're working on settings that will work in both the wet and dry. We can expect to do a very good race." 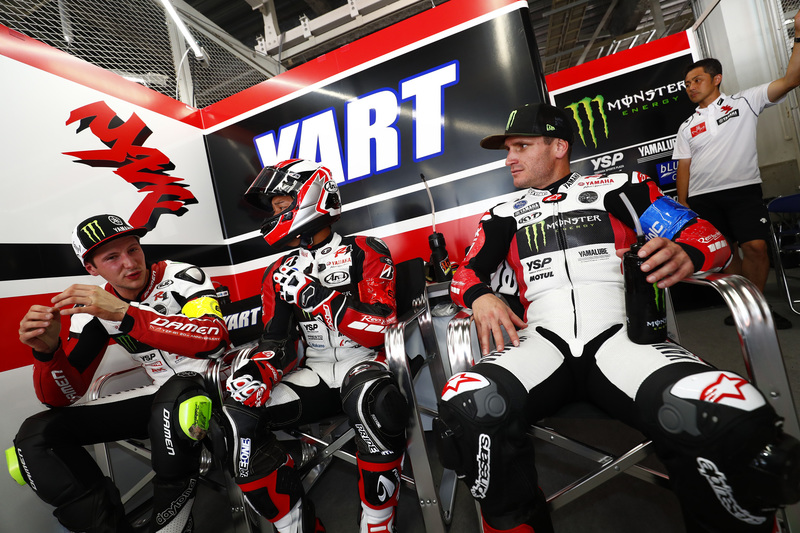 "We didn't have much time because in my first session we had lots of red flags and in the last one as well. But in the second one I did a 2'09.1 so I was happy with that. It puts in 5th and the feeling was really good. We have a new clutch for this weekend so we're adjusting the electronics to suit it. Things went well on our first day."

"Today was not bad. We tried some things to improve the bike but we didn't have much track time because of red flags. But in the end, my lap times were consistent. I think tomorrow we'll have two hours of free practice and we can work on the setup, but we have a good base. It's my second time here so there's less pressure, I know the track and how everything works, so I feel good and I'm looking forward to the race."

"I'm not sure if it was the track conditions or if it was because the wind was strong today, but my feeling on the bike was different than it was during testing and I wasn't able to ride well. There were also so many riders with different paces on the track at once and I think that also made it tough to lower my times. I'll push to try and go faster tomorrow."

"We had no major problems today. Everything was running quite smoothly aside from the red flags, but we're still working on the race setup so we didn't push for a fast lap time. Everything's good and we're quite confident for tomorrow."