“The R1 Can Go Further Because It Must.” 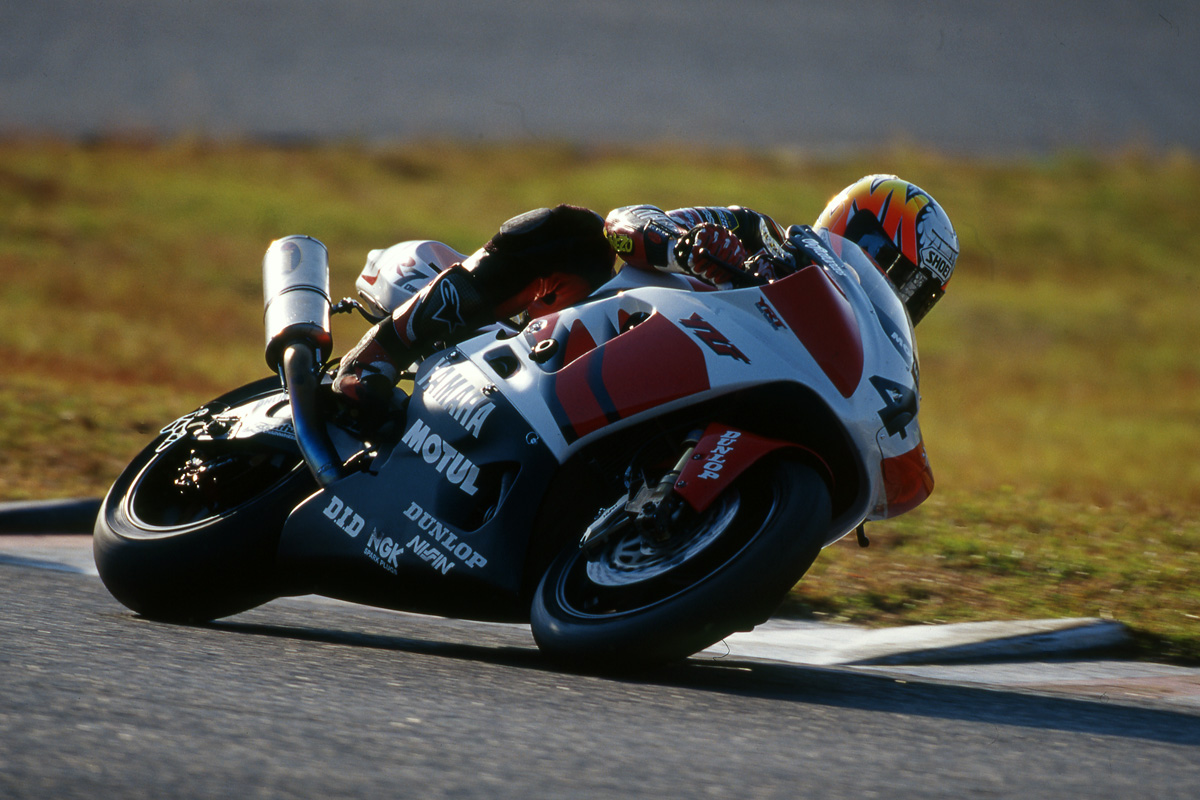 During his time as a racer, Wataru Yoshikawa won the 1994 and 1999 All Japan Superbike titles and was active as a Yamaha factory rider for many years in a career that included contesting in the Suzuka 8 Hours fifteen times in succession from 1991 and competing in the World Superbike Championship. But since he primarily raced on the YZF-R7 at the time, he had very limited contact with the YZF-R1 as a rider.

“My first ride on an R1 was with the first-gen bike. I did some laps around the test track before it went on sale. Later, the All Japan Championship’s premier class became a mixture of different racing categories with production machines, factory racebikes and MotoGP prototypes, but I felt so much hidden potential with that first R1 that I actually asked Yamaha if I could ride it in the JSB1000 class. Then with the 2nd-gen or maybe 3rd, I got to ride a mid-development prototype. At the time the R1 still wasn’t aimed at being used as a racebike, but I still rode it as if it’d be making its racing debut the following year and told them everything I thought the bike lacked for riding on the track. In the end though, I never got to race the R1 in the All Japan Championship.”

Shortly after Yoshikawa stopped racing the R7, the top class of the All Japan Championship switched to 1,000cc machines and from there, his relationship with the R1 quickly grew. “In 2003, Yamaha entered JSB with [Shinichi] Nakatomi and the R1, and he then handed it off to [Katsuyuki] Nakasuga. I acted as a racing advisor for both of them, mostly regarding the R1 as a racebike, so until about Nakasuga’s third year with the team, I rode the R1 as well. I can say it now since it was so long ago, but as I rode it and reflected on what I was feeling, it really became clear that it was designed to be the fastest bike on winding roads.” 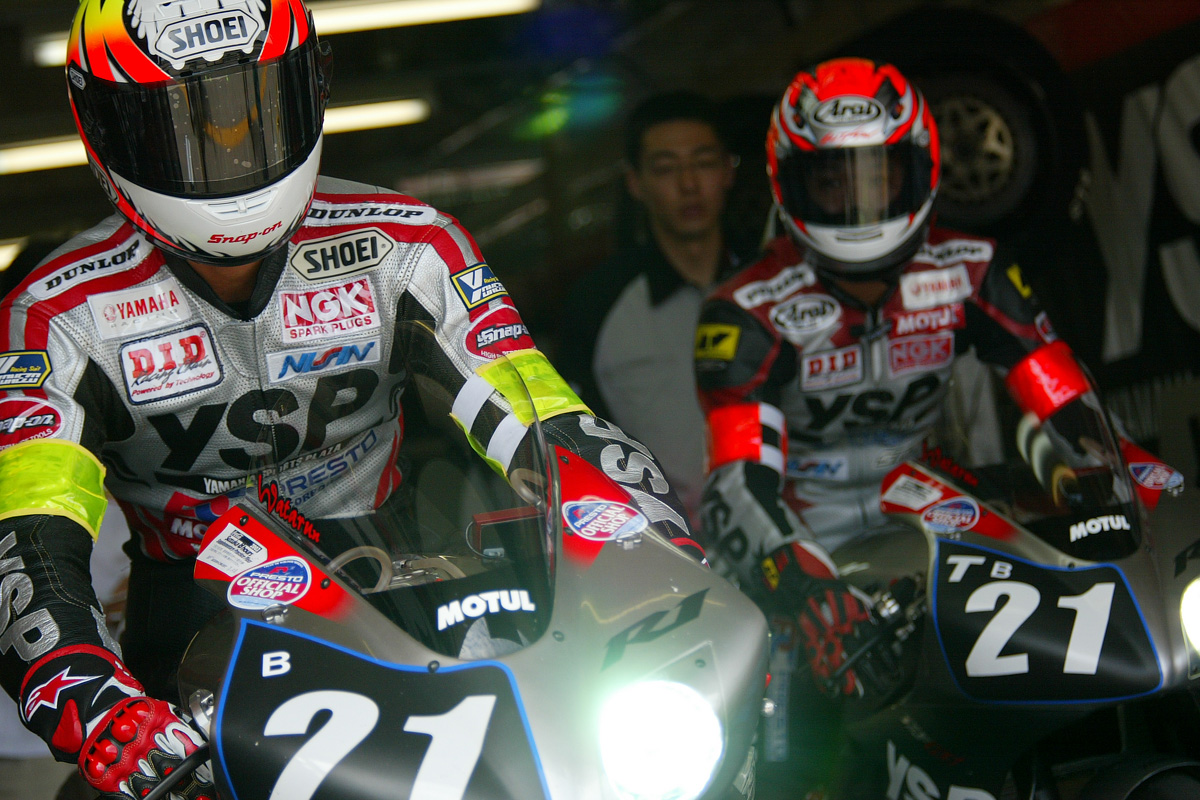 It was no surprise that the R1’s character was the spark that put Yoshikawa into high gear. What do we need to win in JSB1000? What do we need to make the bike faster? These were the kind of questions he sought answers to, dedicating himself to developing the machine by riding for three years on the R1 in the Suzuka 8 Hours from 2003 as he felt actual racing experience on the bike was just as important as winning.

“I was also testing the YZR-M1 at the time and the end-goals for the R1 and the M1 were so different that the gap between the two was difficult to manage. Especially when I would talk with Nakasuga about how this wasn’t working or that wasn’t working, he would really push himself and the bike to try and find new solutions. I think that became the foundation for him to build on and he and the R1 became a winning combination.” 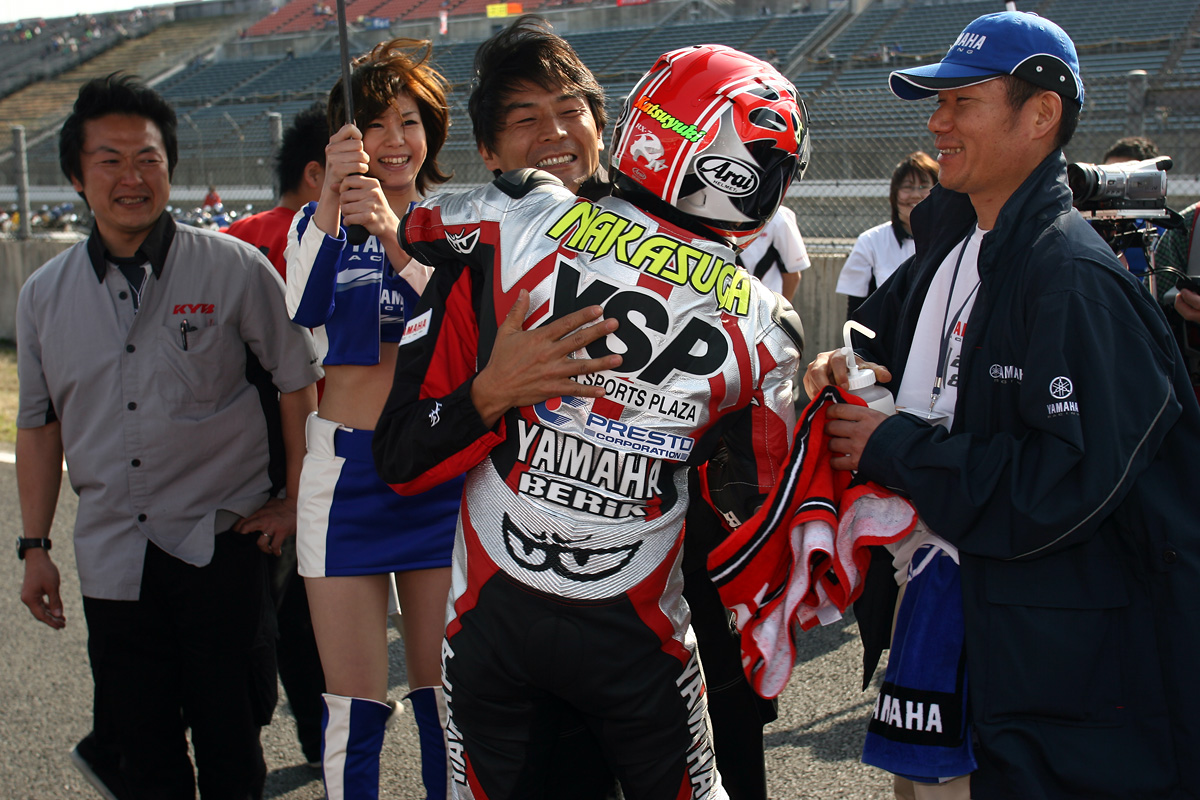 Meanwhile, the production R1 slowly grew closer in positioning to the YZR-M1, and took the same approach entirely with the current 8th-generation bike with its goal to be “Fastest on the Racetrack.”

“At the time I was really involved with the development, so I was finally able to bring out all the thoughts and feedback I had built up over the years.” While this was going on, Yoshikawa never forgot his vision of creating a bike ready to race in JSB1000 out of the box, but even with all the days he had shared with Nakasuga at the races and the feedback he’d gained, Yoshikawa still worried if he could implement that feedback with the same perspective as an active rider. It was a mix of that anxiousness and the excitement that the time he had waited for had finally come. 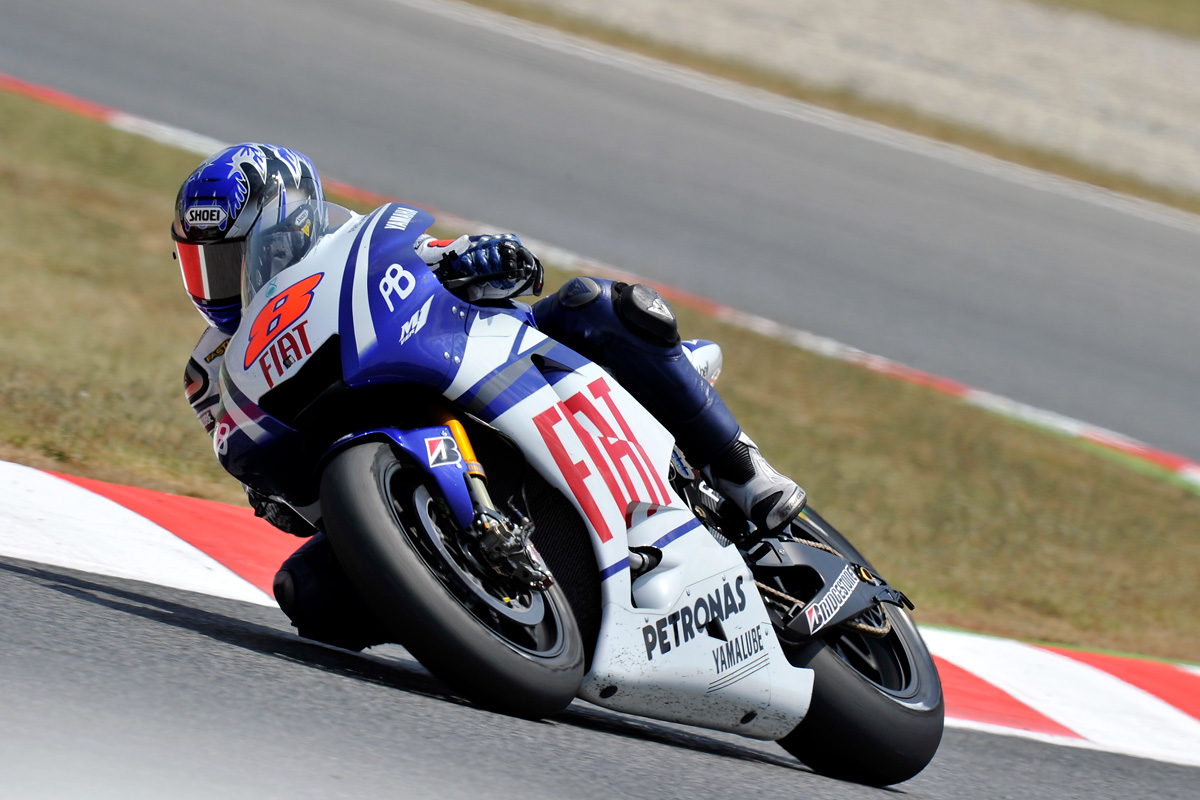 “Once you reach a certain level as a rider, you give the machine much stronger inputs,” says Yoshikawa. “The way you brake and work the throttle are in a different league and you always steer the bars with a lot of force to really nail the corners. So, while consulting with Nakasuga, we did everything to infuse the R1 with the essence to handle the absolute performance demanded even at that level. That of course included knowhow gained working on the YZR-M1, a purebred racing machine.” The proof was in the new bike’s results as the 8th-generation YZF-R1 went on to win the Suzuka 8 Hours as well as titles in JSB1000, MotoAmerica and British Superbikes in its 2015 debut year.

Reflecting on the R1 today in its 20th anniversary year, Yoshikawa had this to say: “Winning the 8 Hours three times in a row and being in a position to challenge for a fourth is incredible, but for it to also be in the R1’s 20th year makes me feel this might be the highest point we’ve ever reached in its history. Being a part of the R1’s development over that period is undoubtedly one of the best memories of my life and one I’m really proud of.” 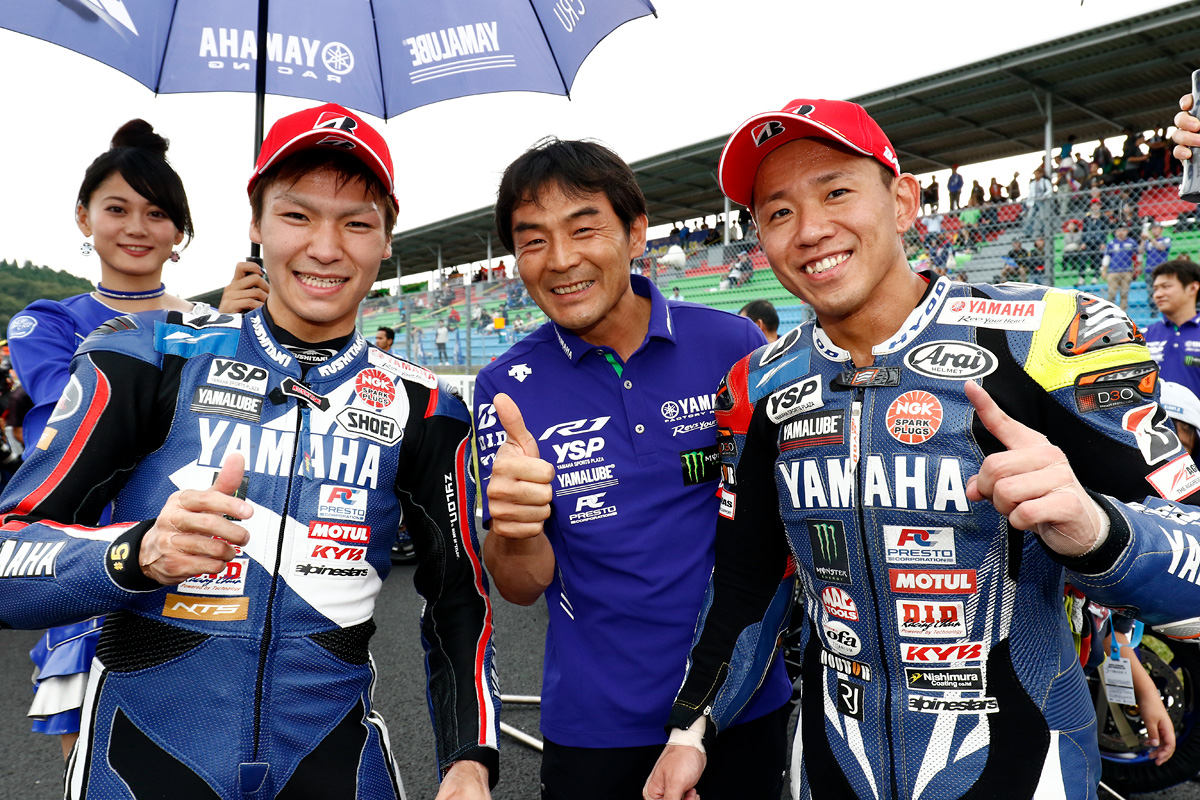 Looking toward the future, Yoshikawa sees his role shifting towards passing the torch to the next generation. “Countless engineers, development riders, track testers and numerous others put their knowledge and passion to work in their various roles to create the R1 and bring it to where it is today. As professional racers, we’ve usually been quiet passengers riding alongside them on the journey. So now I keep telling Nakasuga, ‘Don’t forget that you’re up next.’ And after him, [Kohta] Nozane is in line. Earlier I said the R1 might be at the highest point we’ve reached with it so far, but I think the R1 can go further because it must. That’s the mission for the R1 and the time for them to take over and sustain that upward movement is just around the corner. I honestly can’t wait to see what happens.”

Yoshikawa has dedicated his time and talent to supporting the R1, its riders and engineers, both in development and on the racetrack. In order for the R1 to continue its ride in the spotlight worldwide, the presence and input from people like him will prove invaluable. 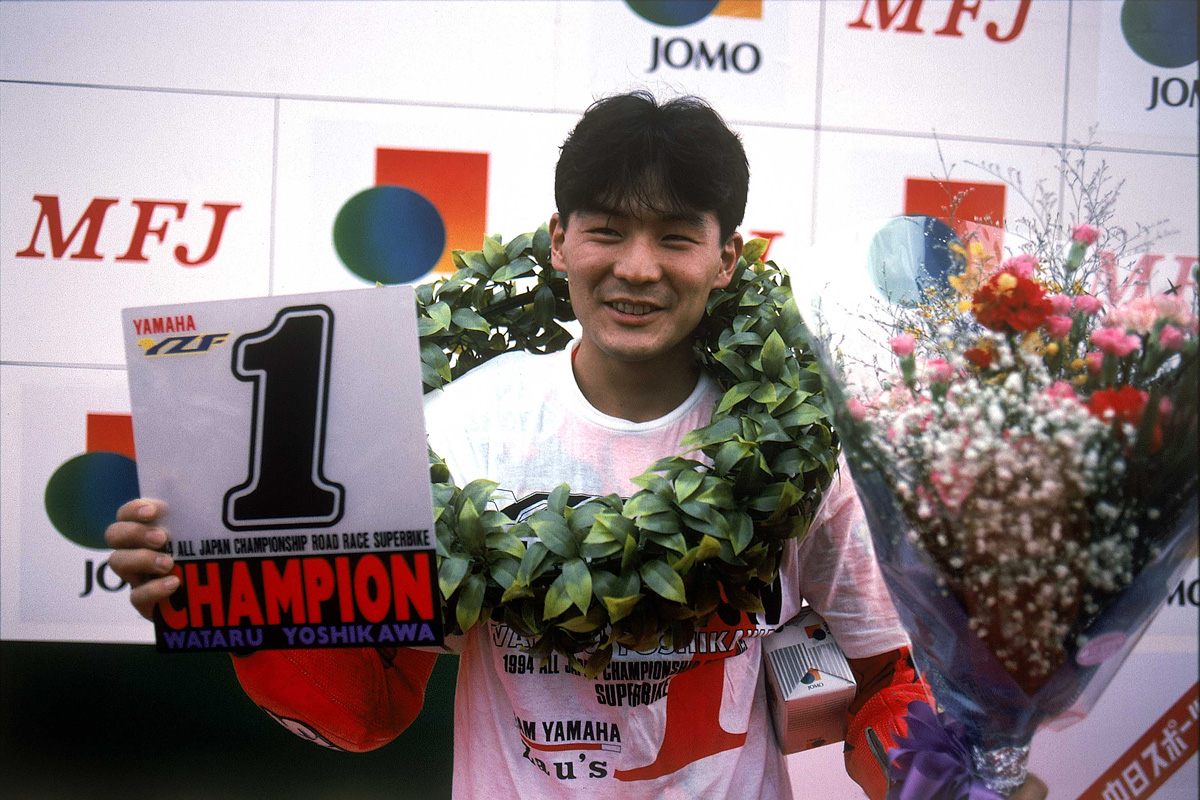