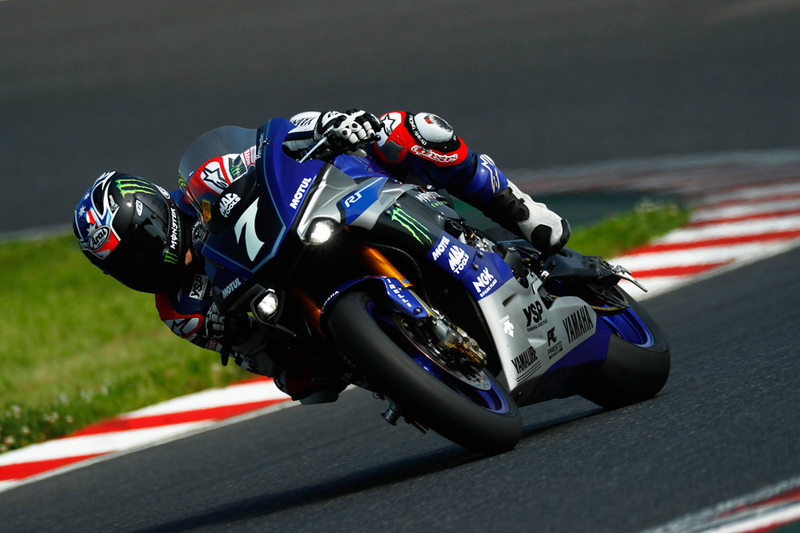 In preparation for the Suzuka 8 Hours Endurance Road Race to be held on July 31 (Sun.), 2016, official tests were held at Suzuka Circuit over the three days of July 4th to 6th. Taking part in these tests was Yamaha’s second factory entry for the race, the YART Yamaha Official EWC Team. It was the first test with all three riders together: veteran Broc Parkes, and Takuya Fujita and Kohta Nozane, two young riders presently competing in the All Japan Road Race Championship’s JSB1000 class with the Yamalube Racing Team. On the first day of the tests, conditions were not ideal as rain began to fall just as sessions began. Since Fujita and Nozane would be riding on Pirelli tires for the first time, they had to take every precaution to ride safely. After judging that track conditions were beginning to improve, they were able to pick up the pace, with Fujita running laps in the high 2’19s and Nozane in the 2’13 range by the end of the session. Parkes, who is used to running on Pirelli tires in the Endurance World Championship, ran at a faster pace and recorded the team’s fastest time of 2’11.9 to end the first day. 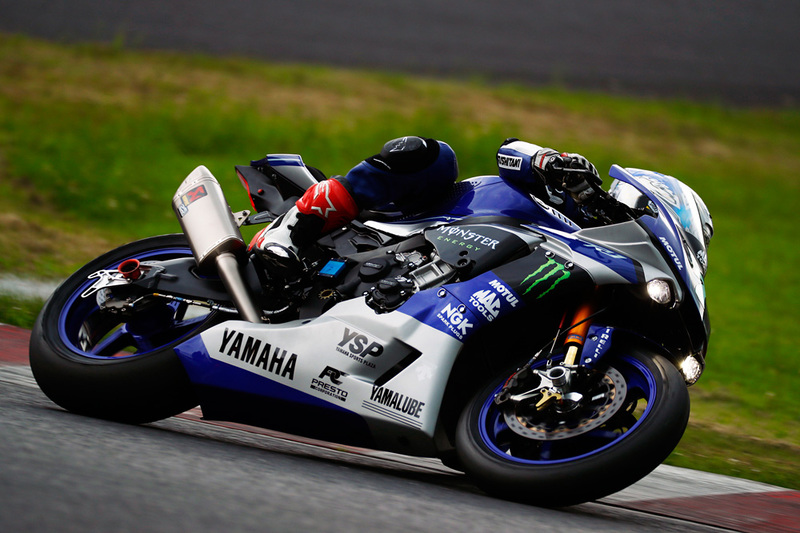 On the second day of the tests, the weather was more stable but the air temperature rose above 30° C and the track was incredibly hot, much like the Suzuka 8 Hours race is each year. Under these conditions, and now more used to the Pirelli tires, Fujita quickly began lapping in the 2’12s and Nozane upped his pace to the 2’11s. What’s more, Parkes was able to improve his best time to 2’09.9 and show that all three riders were deepening their understanding of the machine and the tire characteristics to improve their lap times. On the final day of the tests, the weather was again stable and Fujita was again able to record times in the 2’12 range and Nozane in the 2’11s. Continuing to lead the team, Parkes changed to qualifying tires near the end of the ninth and final test session and succeeded in recording a time of 2’08.841 to end the first official Suzuka test. 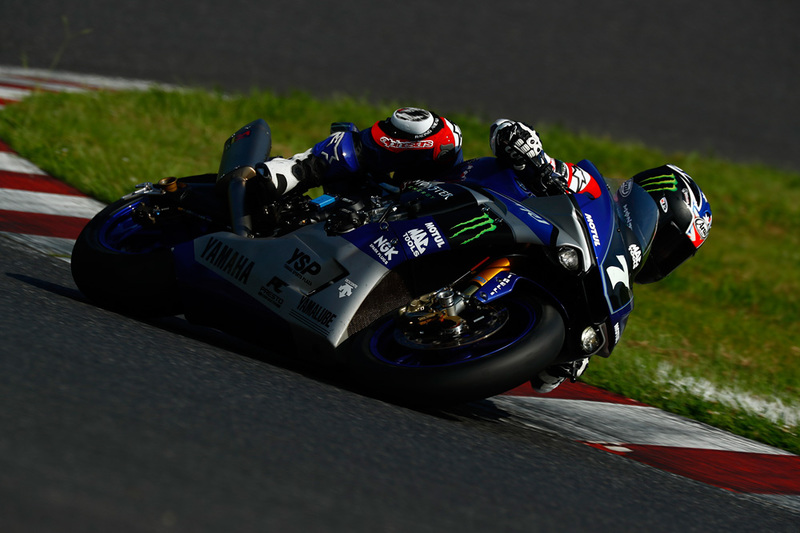 For Fujita and Nozane, the tests left some areas to work on, but both were able to identify what needed improvement and were able to come away with significant gains to take with them into the next test. As the team’s top rider, Parkes led the team by working on machine setup and continuing to improve his times in ways that were instructive for the two younger riders. Although time was short, the YART Yamaha Official EWC Team was able to raise their level of performance on the way toward achieving their goals. In the next official test and the Suzuka 8 Hours race weekend, we will be anxious to see how much the team can bring their times down, come together as an effective team and close the gap to their rivals. In all, it was a productive three days that points toward further improvement ahead.

“This was my first time coming back to Suzuka since last year’s 8 Hours, and looking back at how the race was, it feels like the weather stayed a little cooler for these tests. But, the track surface felt a little bit slippery, so it wasn’t good for setting a fast lap. For this year’s 8 Hours, my first goal is to beat my best time from last year of 2’08. Also, I want to get into the Top 10 Trial that we were unlucky to miss out on last year. For me, the Suzuka 8 Hours will be my most important race of the year. It won’t be easy, but I’ll work hard together with the two young Japanese riders to do the best we can.”

“At the start of the tests, I was running in the 2’19s, but I was later able to get that down to 2’12.1. But that 2’12 time was the ceiling for me. I went through a lot of trial and error but things didn’t go as I had hoped. Still, I can see potential for improvement. There are some specific things I know that I need to work on, and if I can make progress there, I should be able to improve my times. Since three riders are riding the same machine in the 8 Hours, that doubles the difficulty, but communication is good between us riders and the team staff, so we will do our best.”

“In the last session, I was able to get my time down to 2’11.2, but I know I can go faster. Overall, I think I’m still only riding the machine to around 65% of its real potential. But this is only if I’m on fresh tires, so when the tires start to go, it becomes less than 65%. When I watch Broc [Parkes], I see that he’s getting good times even on used tires, so my first goal is to catch up with him because if I can’t do that, I’ll be holding the team back. My best time at Suzuka is a 2’06.5, although that was on a sprint-spec machine. My pride has taken a hit with the results this time, but I want to take this frustration as a springboard and get to the point where I can ride this machine well at the next test, so I can go into the race with confidence.”

“Broc [Parkes] is riding well and so are Takuya [Fujita] and Kohta [Nozane]. However, since this is the first time for Takuya and Kohta to use Pirelli tires, they need to change their riding style a bit; they are going to need more riding time to get faster. The first opponent in the Suzuka 8 Hours is the heat. Also, since special teams from Japan compete in the race, it’s not easy to finish among the leaders. But this time, we’re a factory entry so we have some Yamaha engineers on the team and they are helping us get steady progress with the bike. This is very encouraging for us. We ran the first round of the Endurance World Championship, the 24 Hours of Le Mans, with just two riders, and what’s more we had a fall shortly after the start. We lost more than an hour recovering the machine and repairing it, but we finished the race in 11th place. Considering the accident, that’s equivalent to a victory for us. Then, in the 12 Hours of Portimão we had some trouble with the bike but still managed to finish the race in 4th place. Presently we are 7th in the championship, and in order to improve our ranking, the Suzuka 8 Hours will be a very important race for us. With Broc and the two young riders we will try to get a good result.”