In 2015, Yamaha Motor fielded a full factory team for the Suzuka 8 Hours for the first time in 13 years as it celebrated its 60th anniversary. Similar to past Yamaha winners at Suzuka, the team had a star-studded lineup with an All Japan champion paired together with MotoGP riders, and the team took Yamaha’s fifth victory in the event, 19 years after Noriyuki Haga and Colin Edwards’ win in 1996. In 2016, the Yamaha Factory Racing Team will be out to repeat the feats of the Martin Wimmer/Kevin Magee team of 1987 and the Wayne Rainey/Kevin Magee team of 1988 by taking back-to-back victories in the Suzuka 8 Hours as the fastest challengers on the track.

Mounting this challenge will be Katsuyuki Nakasuga and Pol Espargaró, members of last year’s winning squad, and they are joined this year by newcomer Alex Lowes—all world-class riders. Nakasuga, who filled the role of leader for the winning 2015 team, is the current undisputed reigning champion of the All Japan Road Race Championship’s premier JSB1000 class. Last season he became the first rider ever to win four consecutive All Japan premier-class titles. Pol Espargaró is an active rider in road racing’s pinnacle class of MotoGP. His unbelievably fast qualifying lap in last year’s Top 10 Trial remains fresh in fans’ minds. Alex Lowes is the star rider of Yamaha’s newly-revived World Superbike Championship team. Wataru Yoshikawa, who manages the factory team in the All Japan Road Race Championship, will return as Team Manager this year. A further-developed YZF-R1 will return for its second Suzuka 8 Hours battle. The team is no doubt worthy of being hailed as the fastest challengers this year and they will be aiming to bring home a back-to-back Yamaha victory.

Katsuyuki Nakasuga is the star of Japanese road racing and has won an unprecedented four consecutive championships in the premier JSB1000 class of the All Japan Road Race Championship, bringing his tally to six overall. He is currently contesting the 2016 JSB1000 championship and continues to show his strength. As of the end of Round 5 of this season at Sugo, he has notched up ten straight pole-to-win victories since the second round of last season and is at the top of the points. He is trying to better his already impressive record of four consecutive championships and six overall titles. He is also involved in the development of Yamaha’s YZR-M1 MotoGP machine, and has taken it to a 2nd place podium finish in the 2012 GP of Valencia and an 8th place finish in last year’s GP in Japan. He is a world-class rider that Japan is proud to call its own.

For the Suzuka 8 Hours in 2005, Nakasuga was the third rider on Yamaha's top team at the time, but ended up not competing on race day. He made his Suzuka 8 Hours debut the next year in 2006. He secured pole position for the race in 2012 and 2013, and until last year his best finish had been a 4th in 2014. But in 2015, paired with two MotoGP riders and racing for the first time in a Yamaha factory team for the event, he served as the team’s anchor and showed that he’s one of the fastest riders on an R1, finally taking his first Suzuka 8 Hours win. He will once again be playing the role of anchor as he guides the team towards another victory this year.

He began his MotoGP career by joining the Monster Yamaha Tech 3 team in 2014 and finished the season in 6th. In 2015, his second season in the class, he finished 9th. Since the beginning of the 2016 season, he has continued to take honors as the top satellite rider, and sits 6th in the points after eight rounds.

In his first Suzuka 8 Hours entry in 2015, Espargaró showcased the high level of skill of an active MotoGP rider. Although it was his first time on an R1 and his first time to contest the event, he edged out his teammate Nakasuga to take an unbelievable 2’06.00 time in the Top 10 Trial to secure pole position. In the race he kept up a blazingly fast and consistent pace, and became the driving force behind the team’s win. As the only active MotoGP rider taking part in the 2016 event, his speed will be something to keep an eye on. 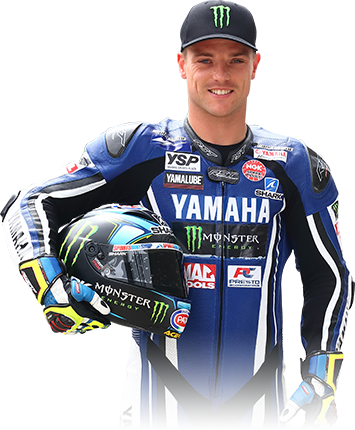 Alex Lowes honed his skills racing in his home country of the United Kingdom, contesting three seasons in the highly competitive British Superbike Championship. In 2013, he took 13 pole positions and stood on the podium 21 times—including eight victories—on his way to winning the championship. He made his debut on the world stage the following year by joining the World Superbike Championship, where he has completed two seasons. For 2016 he was selected to ride on the Pata Yamaha Official WorldSBK Team, Yamaha’s first entry into the championship since 2011. Injuries have hampered the start to his 2016 season, leaving him ranked 10th after eight rounds, but as he has unquestioned raw speed and talent, much will be expected of him in this year’s Suzuka 8 Hours.

His first entry into the Suzuka 8 Hours event was last year in 2015 as a rival of the Yamaha Factory Racing Team. But this year, as an R1 rider in the world’s premier production racing series, he will undoubtedly be a strong addition to the team, and help bring Yamaha a second consecutive Suzuka victory.