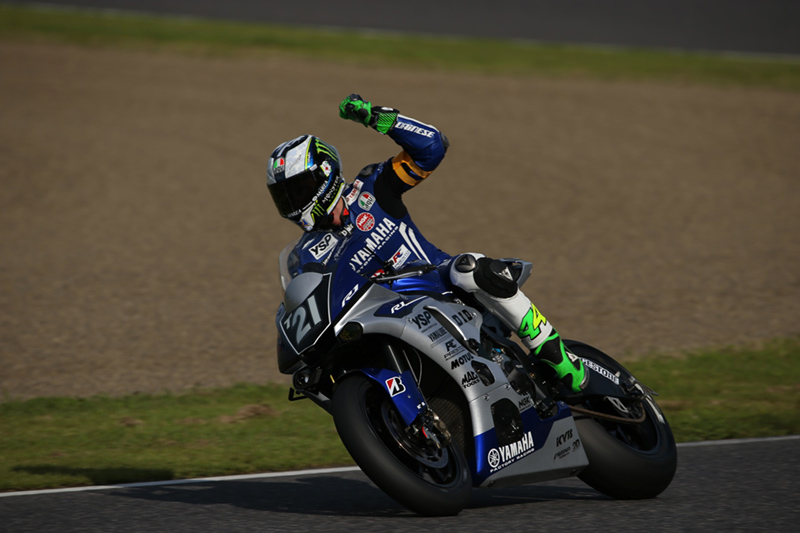 The Yamaha Factory Racing Team blew away the competition today with a stunning 2'06.000 lap on the YZF-R1 around the 5807m long Suzuka Circuit to claim a superb pole position for the 38th "Coca-Cola Zero" Suzuka 8 Hours Endurance Road Race.

Hot and sweaty weather and a slippery track set the scene for the third day of action at the legendary eight hours endurance race weekend. Riders Katsuyuki Nakasuga, Pol Espargaró and Bradley Smith looked competitive during the morning Free Practice session, setting the second fastest time with a 2'08.074s, but didn't take any risks as the real challenge was yet to come.

The chosen riders for the pole position shoot-out Nakasuga and Espargaró stunned the Suzuka crowd in the afternoon's 8H Top10 Trial. During this session two riders per team are allowed to ride one flying lap each around the technically challenging Suzuka Circuit to fight for pole position.

Espargaró was the first YFTR rider to hit the clear track and set a hot lap. The Spaniard pushed to the absolute limit, using all his MotoGP experience to set a stunning 2'06.000 lap for provisional pole, which at the time was 1.697s faster than anyone so far.

Then it was local Yamaha hero Nakasuga's turn to step aboard the YZF-R1. The experienced Japanese rider rode smoothly and aggressively through the twisty section, taking full advantage of the performance of Yamaha's class leading Superbike to finish with an impressive lap just 0.059s off his teammate.

As none of the competitors were able to drop under the 2'06.2 mark, Espargaró's incredible 2'06.000 becomes the new Endurance fastest lap at Suzuka, more than six-tenths of a second faster than the previous Endurance Pole Record.

Today's results see the Yamaha Factory Racing Team on pole position for tomorrow's race, which will start at 11:30AM, local time. 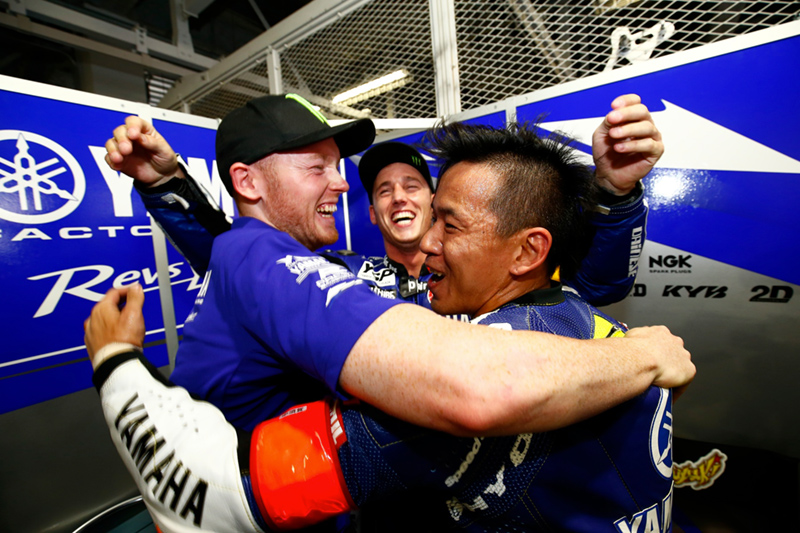 "I'm really happy, but at the same time I wish my lap time had been faster. I'm very happy for my teammate [Espargaro], he did so well, but I wished I could have gone faster too, but I did my best. I'm not satisfied that Pol was faster than me, I tried to beat his time but I couldn't and that was unfortunate for me, but this is a good result for tomorrow and we are all going to try to do our best. I learned a lot today and I will use the experience I gained today, and perhaps tomorrow, in the Japan Championship, which I race in."

"I feel very happy, because this was a challenge for me and I did not expect this result. We did just one test with Bradley and Nakasuga in the preseason on the dry and we didn't ride a lot on this track. Bradley was also fast this weekend, his pace was very similar and the same with Nakasuga, he was also very fast. Tomorrow we have the big show and it will be difficult, because anything can happen, but we are confident. When I saw my lap time I was a bit surprised because I never tested the softer rear tyre during the tests or this weekend and I never rode in Superpole before with only one lap. Here today we had just one shot and in your mind you're always checking the lap and thinking of where you could improve something. Maybe I could have improved in the last sector, because I relaxed a little bit and was wary of making a mistake in the chicane. When I saw the time I said "come on!", because it would be difficult for someone to beat it, but when I saw the lap time of Nakasuga-san I was a bit scared, he was also very fast, but I was lucky that I was fast in T1 and this gave me a chance, but Nagasuga was very strong in T4 and I was worried again. I'm happy because I did a good lap time, but Nakasuga was also under the record and Bradley showed good potential over the whole weekend. Our pace is really similar and this is more important than the pole."

"First of all a big congratulations to my teammate, at the end of the day our team management made the right call with who they choose for the Superpole, both guys were riding extremely fast. I'm happy to be starting the race from first position tomorrow for the team, but it's a bit different to do one lap compared to more than 200 in tomorrow's race. I hope we get a good night sleep, calm down from the excitement and be ready to do it all again tomorrow."

"Pol and [Katsuyuki] Nakasuga were able to run super lap times on it in the 2'06 range, and we also had no need to use the race machine, so we are satisfied with today's results. However, the important thing is the race tomorrow. We are competing as a Yamaha Factory Team and our goal is to finish the race with the maximum laps of 218 using the EWC machine. If we can run that many laps, we believe we can win the race. To do this, I am going to stress again in our final meeting that we want the riders to run cautiously, keeping safe margins of space between themselves and the other [slower] machines they will encounter."