Saturday at Suzuka is traditionally the famous Top 10 Trial event where the ten fastest riders from the qualifying sessions get a single hot lap to fight for their final start position. With a fast approaching typhoon threatening to rain off any action at all, the 41st "Coca-Cola" Suzuka 8 Hours opted instead for a single 40-minute timed QP Superpole session for the top ten teams, with two riders per team able to participate. Following a crash in the earlier practice session, Yamaha Factory Racing Team's Katsuyuki Nakasuga sat out the QP, leaving Alex Lowes and Michael van der Mark to score 3rd on the grid for the team. YART Yamaha Official EWC Team's Broc Parkes and Marvin Fritz were the chosen two for YART, delivering 8th for tomorrow's start.

Nakasuga is one of the most sure-footed riders around Suzuka Circuit so it was a surprise to all to see him fall on turn 3 on his out-lap at the start of practice. The Japanese factory rider came off trying to avoid a slower rider on the turn and was able to walk away from the crash, but chose to rest for the remainder of the day. 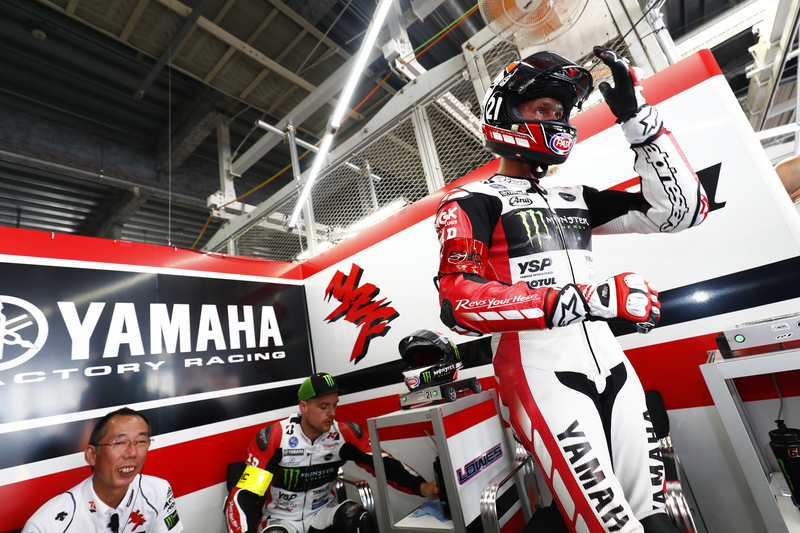 Teammates Lowes and van der Mark then stepped up to attack the QP session, with both scoring their fastest ever laps around Suzuka Circuit. Van der Mark was the first out on the grippy qualifying Bridgestone tyres, quickly dipping under the 2'08s, then setting his personal fastest time on his second outing, a 2'06.471. 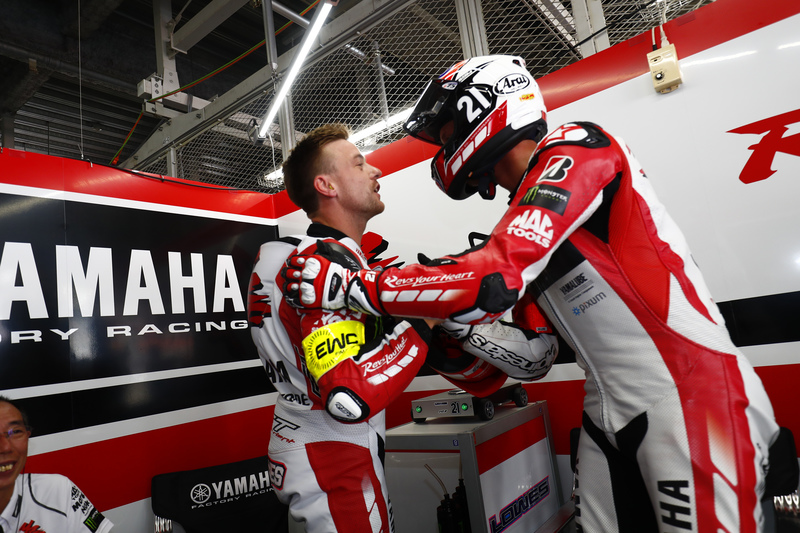 Next up was Lowes, the British rider determined to take the time down even further. Like van der Mark he was able to shave considerable time off his personal best at Suzuka, scoring a 2'06.170. The time was enough to place the Yamaha Factory Racing Team in third position for tomorrow's race start. 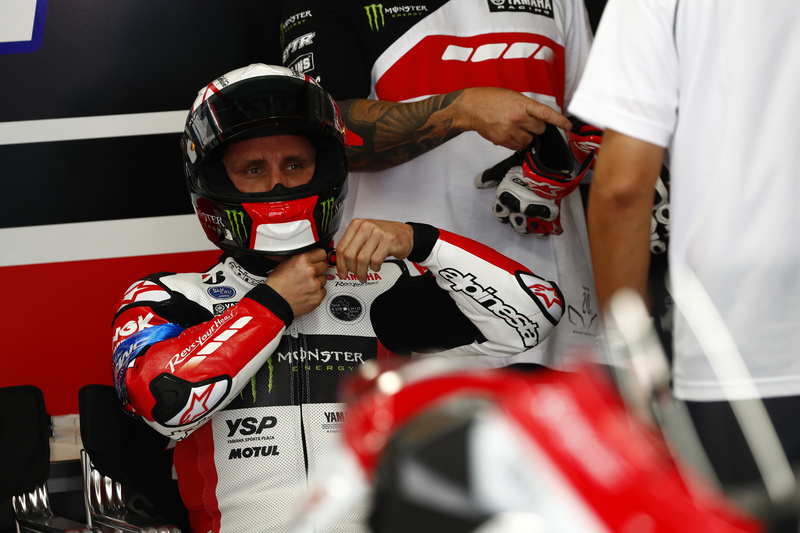 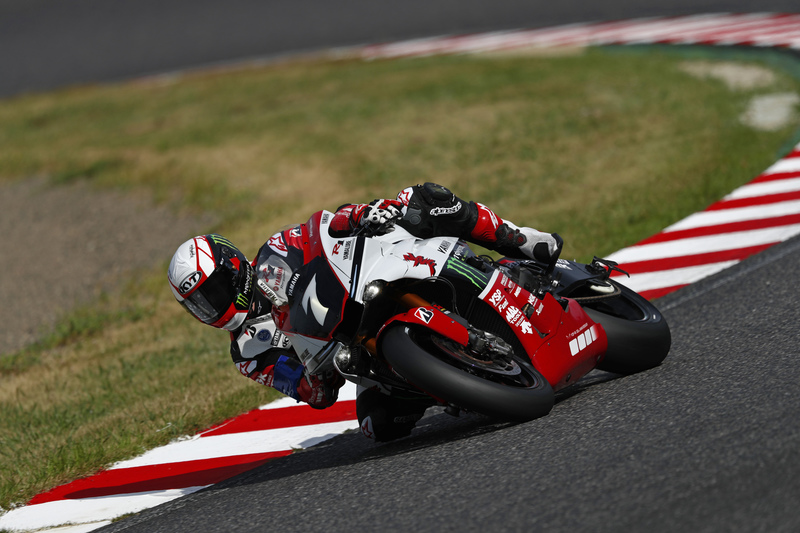 Parkes was first up for the YART Yamaha Official EWC Team and the Australian put his QP tyre to good use, laying down a highly respectable 2'07.387 lap time. His German teammate Fritz followed and was also able to deliver an impressive time of just over 2'08.1. The team agreed that it was unlikely they would be able to beat Parkes' time so they decided to stop and be content with their position in 8th. 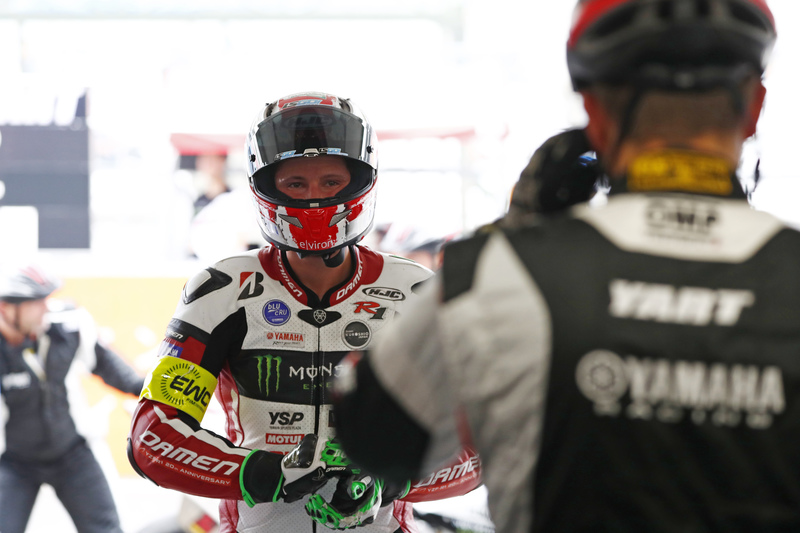 The 2018 Suzuka 8 Hours is scheduled to start at 11:30 a.m. local time, although with Typhoon Jongdari predicted to arrive late tonight, the racing paddock have their collective fingers crossed that the worst will have passed before the start tomorrow. "Today was my best lap ever here. Of course I'd like to have been a bit faster but it's still good. Today was a little bit more complicated for us but we both did our best laps in qualifying so we have to be quite satisfied with that. We made some setup changes to the bike for the session but neither of us felt that comfortable so it's still a great result. It's a long race tomorrow, I'm looking forward to it and I'm going to do the best I can. I'm not happy to see Nakasuga-san crash; we all get on really well and we are a tight team so it's not nice. I was happy to see him come back for a couple of laps at the end of practice and I'm confident we'll be facing the start together tomorrow."

"Today changed around a bit at the last minute. In the end it was the first time for me to go out on new tyres this weekend. I'm quite happy with my qualifying lap and I think we have a really good race pace. We've been focusing on race pace and race setup all weekend so I'm feeling confident and looking forward to tomorrow. We're a close team so of course I'm unhappy and sorry for Nakasuga-san after his crash but I'm confident he'll bounce back with some rest."

"Nakasuga had his line blocked by a slower machine and that likely led to his fall in the free practice. He went out again afterwards, but that was just to see how he was feeling physically, and we made the decision to err on the side of caution and have Alex and Michael ride in the Top 10 Trial. We now have to re-examine our scheduling and strategy, but the more important issue is that we don't know how the typhoon is going to affect the first part of the race, so we'll prepare as much as we can to be ready tomorrow. It looks like the conditions could be rough in the race, so the potential, skillset and experience of our riders will be key. We believe in them and the team will support them 100%." 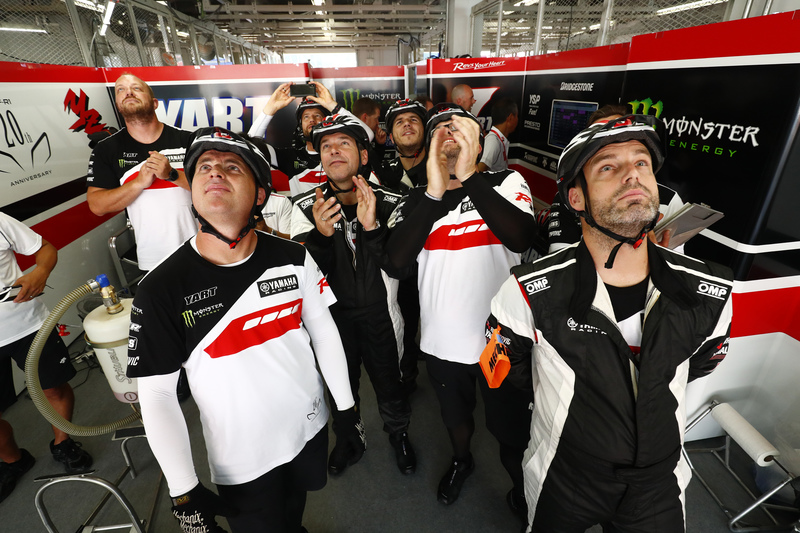 "I think we got the best out of the package that we could in qualifying. We decided in the end not to do another run, because I didn't think I could improve on the lap time and Mandy said that it was better to go with that time than risk crashing the bike. I had a good slipstream behind two riders and a clear lap, just the last chicane I lost a little bit. I'm really happy; eighth position on the grid is a good starting position. For the race I feel pretty confident that wet or dry we have three riders that can be fast. We just need to put together a clean race and see where we end up."

"Broc set a really good lap. He left the pits just behind everyone and had a really good opportunity with a good tow. I went out after him for my first time with the soft tyre and on my first lap I immediately felt more grip. The first lap I made a small mistake, but the second lap was good. I made a 2'08.1 lap which was just a bit faster than yesterday in my qualifying session. Then I came in for the next new tyre but the team decided to stop because more was impossible. Eighth was the best position we could achieve, so now we look forward to the race."

"I supported my two teammates riding in the Top 10 Trial today. Broc as well as Marvin set good times and the bike is working well, but what's important is the race tomorrow. All that's left is for me is to do my best tomorrow and ride a solid stint."

"I think the special QP session was okay for us. We did the maximum that we could do as a European team; we were the only permanent European team that took part in the Superpole session. Broc's fastest lap was really nice, we could only top this time if we took some risk and I wanted to avoid that. That's why we stopped quite early. In respect to our spare part budget, it was better to stop and be ready for the race! We are really happy, we are looking forward to experiencing a typhoon and then tomorrow we will be ready!"