Yamaha's Teams Fully Prepped and Ready for the Race

The third and final day of the official combined Suzuka 8 Hours tests featured two 40-minute sessions in the morning followed by one 90-minute session in the afternoon for nearly three hours of total track time. The track temperature exceeded 50°C, recreating the scorching conditions expected in the race and giving teams the ideal environment for testing. 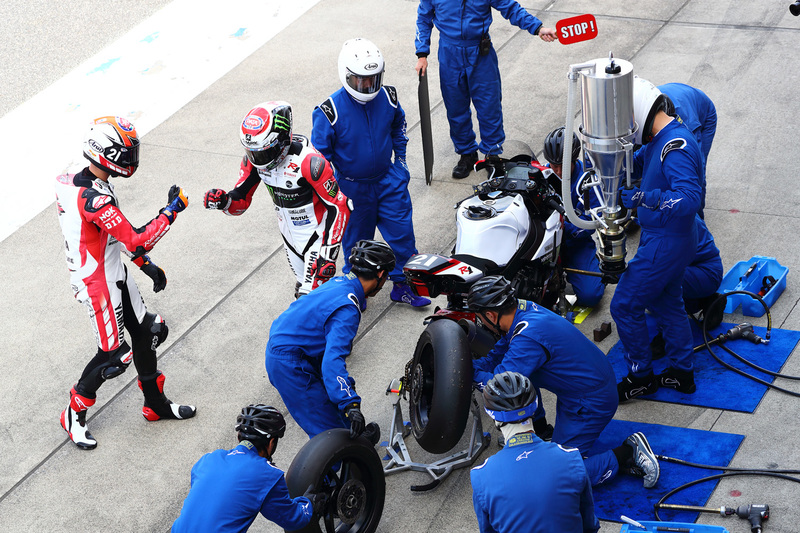 The Yamaha Factory Racing Team's testing programme for the final day was not about setting fast times, but rather on confirming some very small setup changes made to the #21 factory YZF-R1. During the second session, Alex Lowes was able to complete the long run he had planned to do the day before, and in the final 90-minute session, Lowes joined his teammates Katsuyuki Nakasuga and Michael van der Mark to practise mid-race pit stops. To simulate the same feel as the race, each rider would run one lap and then return to the pits, where the machine's tyres would be swapped, a pretend fuel refill performed and the bike passed off to the next rider. The team and riders both got plenty of practice, repeating this cycle seven times during the session. 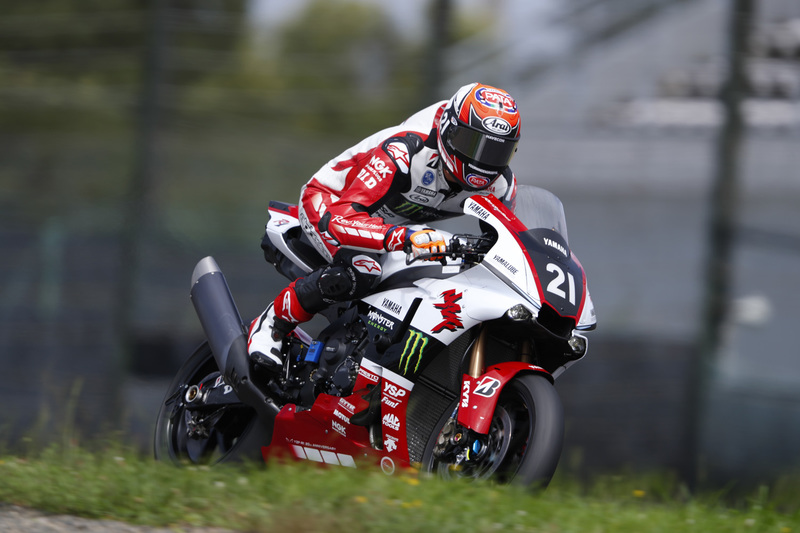 Though one-off lap times are not a paramount factor in 8 Hours testing, the Yamaha Factory Racing Team still took the top two spots in the combined times for the three days, with a 2'06.273 by Nakasuga and a 2'06.464 by Lowes on separate machines. The factory team and the #21 R1 ended the three-day test without a chink to be found in what increasingly looks like impenetrable armour. 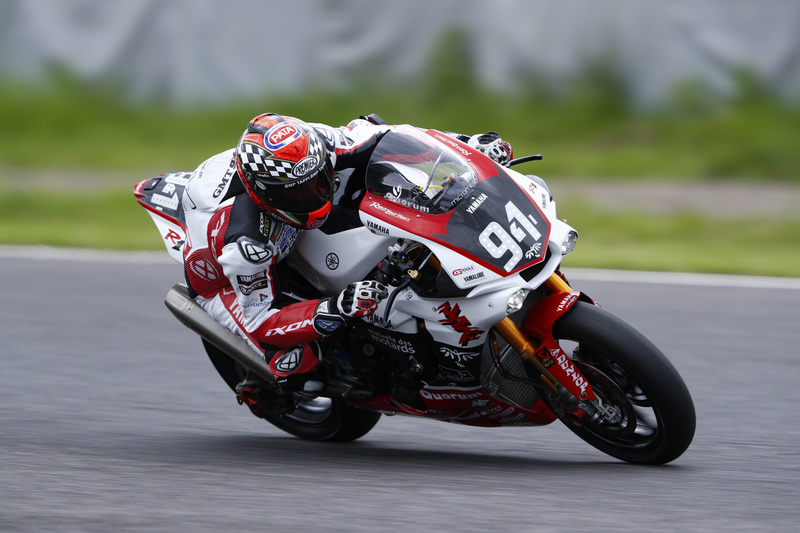 The GMT94 Yamaha Official EWC Team and the YART Yamaha Official EWC Team completed the final adjustments to their setups and made tyre selections for the race. Both teams' average lap times came down on the last day as well, indicating that they are now fully prepared for the main event. GMT94's best time of 2'09.315 placed them 23rd in the combined standings while YART's best of 2'08.005 sees them sitting 10th overall. 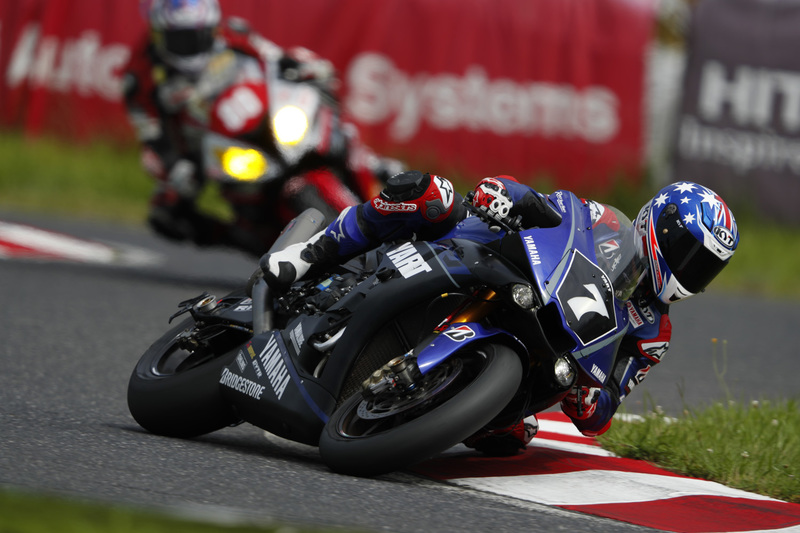 The Suzuka 8 Hours is now just two weeks away. The Yamaha Factory Racing Team will be fighting for a record fourth consecutive win while GMT94 has the EWC season title on the line. This year's 8 Hours will be an event you won't want to miss! 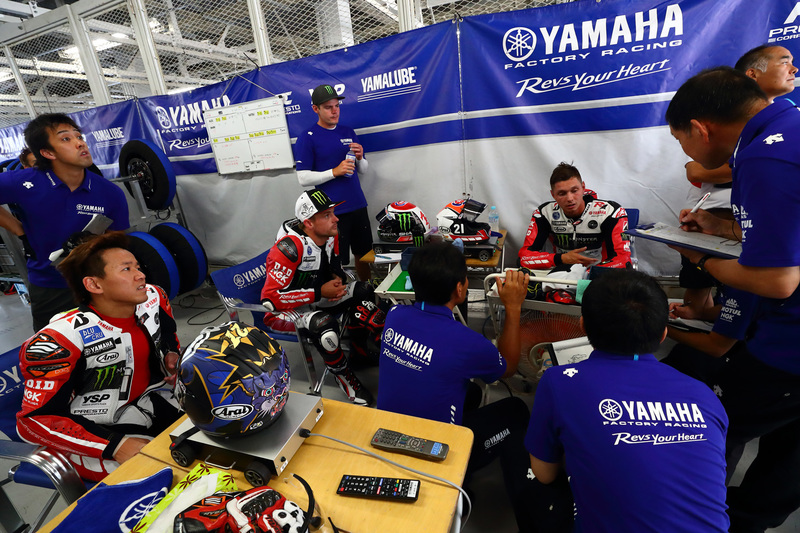 "We finished everything we needed to cover over these three days. The track temperature was close to what it'll be for the race, so this was a perfect day for testing. All we have to do now is make minor setup adjustments to suit the weather during the race weekend, whatever that may be. Our rivals for the win are strong this year, so we'll stay focused and keep our eyes on the goal."

"Things are very good; I'm very happy. I actually feel a bit better on the bike compared to 2017, so this is positive. I have a good feeling and I'm really excited for the race in a couple weeks. We have only one target, which is to try to win the race. I don't think about the bigger picture; I just think about each practice session, each stint in the race, do my job and work with Nakasuga-san and Michael. In the end I'm sure we can get the result we want."

"Alex and Nakasuga-san yesterday did a really good lap time, which is not the most important thing, but it's still nice to see. For all three of us, our average pace is really good; it's improved compared to last year, so I think we are ready for the race weekend. The target is to win again and it's going to be tough like every year, but at least testing has been good and all three of us have a good feeling with the bike. So as we go into the weekend, we're feeling positive and ready to race."

"Alex got in a long run during the second session today, but our main goals were fine-tuning the machine and doing pit stop practice. Things have gone smoothly and the bike is in great shape overall. Our pit work has also gotten slightly faster every year but we're also more consistent. All we really need to do from here is come into the race weekend and make small adjustments to suit the conditions." 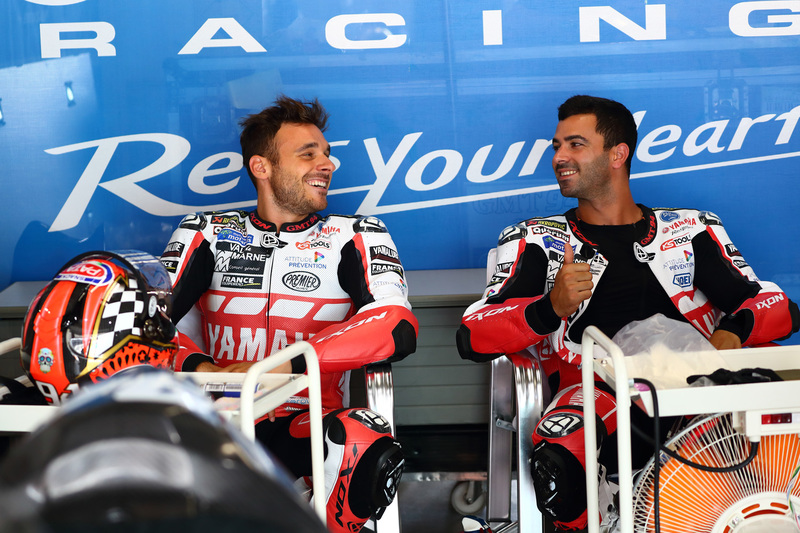 "Every day we improved our lap times, so we know we are working in the right direction. My team did an amazing job to improve the bike and it was a very satisfying three days. It went well, with no crashes or mistakes. This doesn't happen all the time so we are really happy. We improved the lap time over one second from yesterday, so we've shown--especially today--that we have the pace to stay in the top five, and we'll fight for that. The race is what we usually do better, rather than doing single fast laps. We arrive here at the last race 10 points from the lead in the championship. We're the reigning world champions so we know what to do, and we'll do our best to win the title again this year."

"Today we tried many things and in the end it was quite good. With the base settings of the bike I feel we are quite competitive. To be in the top five is our target. I think we have the potential to do this, so we will push for it. We just need to push and give our best, to put pressure on our rivals. They have 10 points more than us, but if we are fast then they will need to push also. If we can use that, I think we can get a great result."

"This was the last day of the test, which was very important because it was our last chance to change settings. We are very confident. This morning we were in the 2'09s, so the pace now is not so bad. In every session we were in the top ten. In the last session we made our final decision on our race tyres, and in that session it felt like all the puzzle pieces from the test came together. But because I still don't feel we've reached the full potential of our bike and riders, I think we have a strong chance to be in the Top 10 Trial. At the start of the race we will maybe start in 10th to 13th. But by the end of the race we want to be inside the top five. I don't think too much about the championship. I just want us to do the race like we normally do and enjoy riding in the Suzuka 8 Hours." 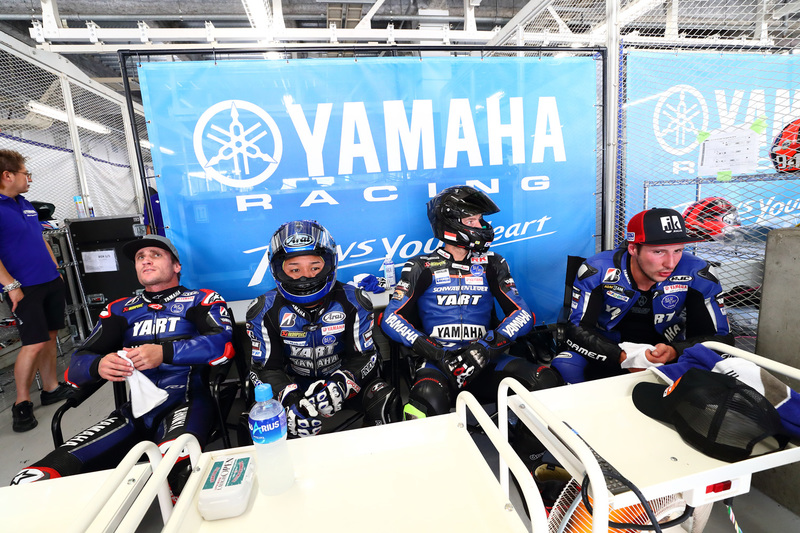 "We changed the electronics quite a lot from yesterday to today, and this was a lot better. And we changed the setup of the bike a little bit just from our feeling and what we'd seen from yesterday, and we made a big step there as well. This afternoon we just did a long run to check for the race and we did it with a full tank of fuel so we can make a setup change on the front to compensate. That's basically just to get some more data for the team for when we come back for the race. But in general, to do a 2'08 flat I'm really happy and that makes us the fastest non-full-factory-supported team. I think, looking at the times, for the race we can aim for the top five at the moment. Right now it's just the four official teams in front of us, so if we're running in 5th or 6th and something happens to one of them, we could aim for the podium."

"I feel really good. We've improved the bike every day, even though the long runs were hot. I feel better every day with the chicanes. I did my fastest lap time here at this test, a 2'09.1. I did a short run and every lap was in the 2'09s, so that was really positive. I think Broc has shown what the bike is capable of with his 2'08.0 time, so in qualifying I want to try to hit the '08s...no the '07s! But for the race it's important just to make really consistent laps. I think we can finish in the top five. That would be like a win for us because there are so many factory teams. This year it will be really hard; there are really good riders here, but we're confident."

"We did some long runs today and those felt really good. But I think if I could just adapt myself to the bike a little bit more, I could hit a lap time close to Broc's. I've done what I needed to do to be ready for the 8 Hours and I feel good on the bike, so for the race I'll just try not to make any mistakes."

"This last day of testing was really valuable, so I'm sure that we'll be quite strong for the race weekend. I did my best at this test, but Takuya's riding really impressed me with how fast he was and I actually think it would be great for the team if he gets to ride in the race. Whether I'm selected to ride or not, I'll do my best to support the team."

"Really, everything is good, better than expected. So today we just concentrated on the setup and selecting the race tyres in our long run. Our lap time was really good and even more importantly, the team's times are very similar. Broc even did a 2'08.005 during the test, so it's not so far away from the real factory bikes, which is very important for us. Realistically, our target is to finish I think between 4th and 7th. But we're trying for the podium every year and we'll do the same this year."