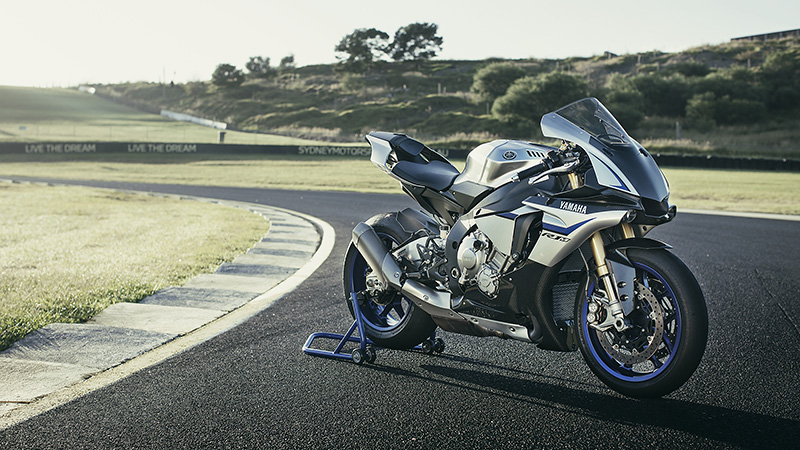 The new YZF-R1 and YZF-R1M represent the 8th generation of the model since the first YZF-R1 was released in 1998. Developed around the concept of a “High Tech Armed Pure Sport” bike, the machines feature an all-new 998cc liquid-cooled in-line 4-cylinder engine with a crossplane crankshaft. They are Yamaha’s flagship supersport models and offer riders a real experience of the same technological ideals behind the YZR-M1 MotoGP machine.

The YZF-R1 and YZF-R1M boast 200 horsepower, the first 6-axis inertial measurement unit for a production motorcycle and advanced electronic control technologies that provide a high level of handling and performance that allows the rider to fully focus on riding. 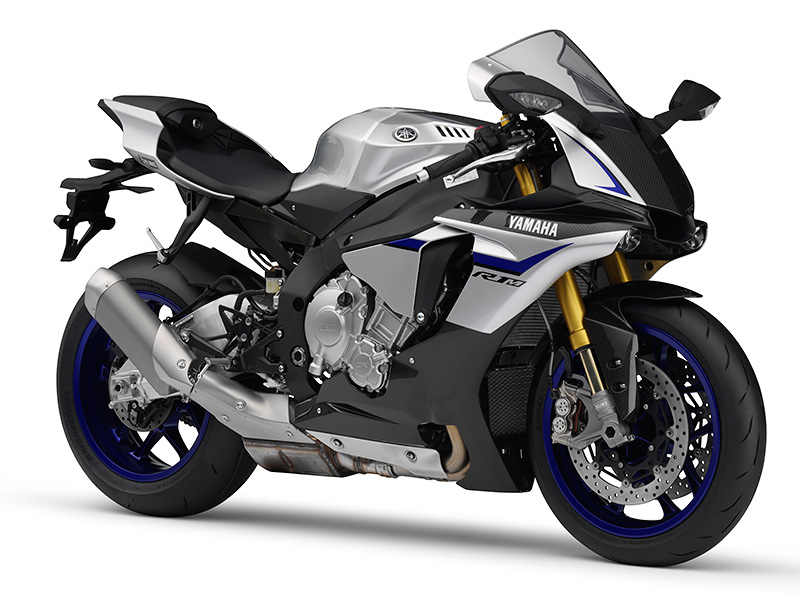 The design also incorporates the image of the YZR-M1 MotoGP machine; based on the “Speed Racer” concept, innovative design measures resulted in a new form of Yamaha R-DNA. The high-end YZF-R1M also boasts an electronically controlled suspension, a lightweight carbon fairing and a digital interface that records valuable racing information. These motorcycles are truly built to be the fastest machines on the racetrack.

Nakasuga, Espargaró and Smith Share Their Thoughts on the New YZF-R1 and the Suzuka 8 Hours

We asked the three Yamaha Factory Racing Team riders for their impressions of the new YZF-R1 now that they have tested it on the track, and also what their feelings are going into the Suzuka 8 Hours.

*The Yamaha Factory Racing Team’s YZF-R1 is a specially modified race version of the commercially available model. In this interview, the riders are giving their impressions of the race version.

Q: What did you think of the new YZF-R1?

“The first time I rode the new R1, it wasn’t in stock form, but the race version. Still, even if you take that into consideration, it feels similar to the M1. What I mean is, with last year’s R1, the front-rear weight distribution was 70 for the front and 30 for the rear. But this year’s model is 50:50, which is much closer to the M1. Until now, I’d had a tough time switching between the R1 and the M1, but now I’m happy to say that this has completely changed. I could tell that this bike was developed with a focus on racing.”

Q: What are your feelings going into the Suzuka 8 Hours as a Yamaha factory rider?

“Yamaha has entered both the All Japan Road Race Championship and this year’s Suzuka 8 Hours as the Yamaha Factory Racing Team, and I can feel how motivated and determined Yamaha is to win. I’m going into the 8 Hours this year having won three consecutive All Japan titles and our team really has the potential to win. I plan to live up to the ‘No Excuses’ slogan that guided development of the new YZF-R1 as we enter the race.

“Yamaha’s last 8 Hours win was in 1996 and many are expecting this year’s race to be when that changes. Just as I’ve never won four consecutive All Japan titles, I’ve never stood on the podium at the 8 Hours, so for both cases, my motivation this year is extremely high. Pol, Bradley and I are headed to Suzuka to score a victory with the new R1.”

The new YZF-R1 is already available in Europe and North America and is also being used for racing in both World Championships and national championships. Despite this being its first year of competition, the YZF-R1 is already demonstrating its potential to be the fastest bike on the track in races around the world, taking 12 consecutive wins in the six rounds (two races each round) so far of the MotoAmerica Superbike Championship in North America, and three consecutive wins in the All Japan Road Race Championship.