The “Positive Atmosphere” That Will Bring Victory

As the three enter the interview room the mood instantly lightens. The man behind this sudden change is Pol Espargaró. Mixing Japanese greetings with jokes, mood-maker Espargaró soon enlivens the place. Even the ever-serious Bradley Smith and Katsuyuki Nakasuga, his teammates, can’t help but smile and laugh.

“If you think about it, these guys are almost 10 years younger than me!” Nakasuga quips.

Holding five premier-class titles in the All Japan Road Race Championship and currently trying for an unprecedented four in a row, Nakasuga is 33 years old. The Monster Yamaha Tech 3 MotoGP duo are both 24 years old.

“But I can’t feel the age difference at all,” Nakasuga grins. “I plan on remaining 18 years old forever.” Though normally exuding the tough personality of a Japanese veteran of the sport, when surrounded by the likes of Espargaró and Smith, he seems young again and enjoys their company.

However, youth is not the only cause of the team’s energetic mood. This being the first Suzuka 8 Hours event for Espargaró and Smith, it’s something the two have long looked forward to. Now that they’ve entered the buildup to the actual race, they’re so excited that they can barely contain it. “When I heard that I would be able to enter the 8 Hours, my older brother [MotoGP rider Aleix Espargaró] was really jealous! He’s always wanted to participate in this event,” Espargaró boasts.

Smith is equally passionate. “Several of my rider friends have competed in the 8 Hours before. They told me ‘A lot of fans come out to the circuit and it makes for a great atmosphere. The 8 Hours is awesome!’ After two years as a Yamaha rider, I begged them to let me enter and this year, my dream came true. It was a really special feeling when I was finally able to lap Suzuka Circuit for the first time.”

The potential of the all-new YZF-R1 that they will compete on is also raising expectations. For All Japan Road Race Championship title contender Nakasuga, “The potential is clearly high already, based on the results of the All Japan races so far. It’s still a new bike and an endurance race of this length this is uncharted territory, but I feel very confident that this machine can run in a good position.”

“It’s just like riding a MotoGP machine!” Espargaró says excitedly. “You can enter the corner so fast and with a lot of confidence in the front. The bike’s reliable character comes straight from the YZR-M1. The quickness of its handling is especially great. At Suzuka there are some very tight chicanes that require a fast change of direction, and the R1 does this really well.”

Smith was also impressed by the YZF-R1. “Part of the test was done in wet conditions, but I was able to ride with a lot of confidence. The R1’s electronics have a lot in common with the YZR-M1 MotoGP machine, so the feeling of the traction control is very similar. Thanks to that, my confidence was high right from the start.”

The highly anticipated Suzuka 8 Hours and the YZF-R1’s strong potential are not the only things motivating the riders. Also contributing to that is the team’s atmosphere. The team consists of staff with All Japan Road Race Championship experience, an All Japan Champion for a rider and two MotoGP riders; it is a formidable partnership. 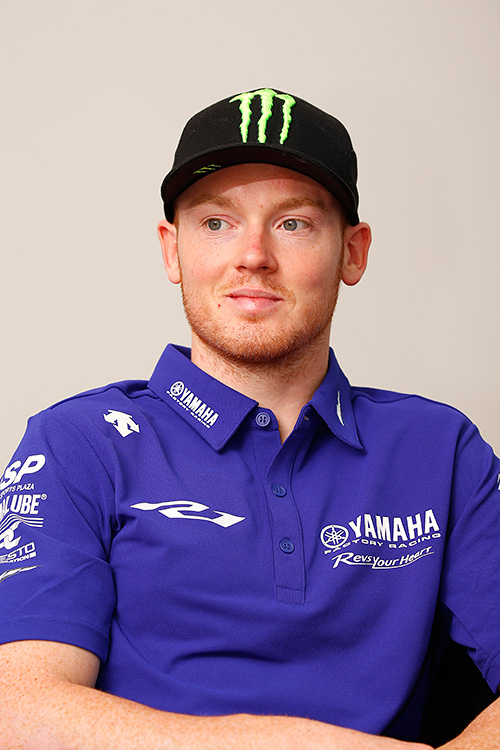 “I’ve worked together with Pol and Bradley before in the MotoGP tests, so I know them well and I know what they require from their machines. In the Suzuka 8 Hours tests so far, they’ve gotten up to speed and have been able to set fast laps in a very short amount of time. MotoGP riders are really on another level,” Nakasuga remarks. But Espargaró quickly chimes in with praise for the Japanese ace. “No no, Nakasuga’s speed through the chicane is unbelievable! I was really surprised. He has more knowledge of the R1 than anybody, but more importantly he’s a champion! He’s like a teacher to us. Having him on the team is a big help and I’m really thankful.” Smith’s comments are much the same. “I’ve had many chances to meet Nakasuga at the Yamaha tests, so we understand each other quite well. He’s not only the test rider who fine-tunes our MotoGP machine, but he’s also a top-class racer in the All Japan Championship. He’ll be the one who leads us to victory in the 8 Hours, without a doubt,” he says with a smile.

Mutual understanding and mutual respect for each other’s unique talents has produced a good feeling in the team. “The goal is clear” is the phrase spoken by all three riders; they share the same thought: “With a winning machine, a winning organization and winning teammates, there is nothing left do to but win.” The team’s positive atmosphere can be attributed to this mutual feeling of understanding that there are many challenges to be overcome, yet in the face of that, maintaining a strong spirit to keep moving forward.

The wills of the three riders are aligned as they walk the same path toward victory. To stand on the podium and to climb up to the top step is what drives them forward.