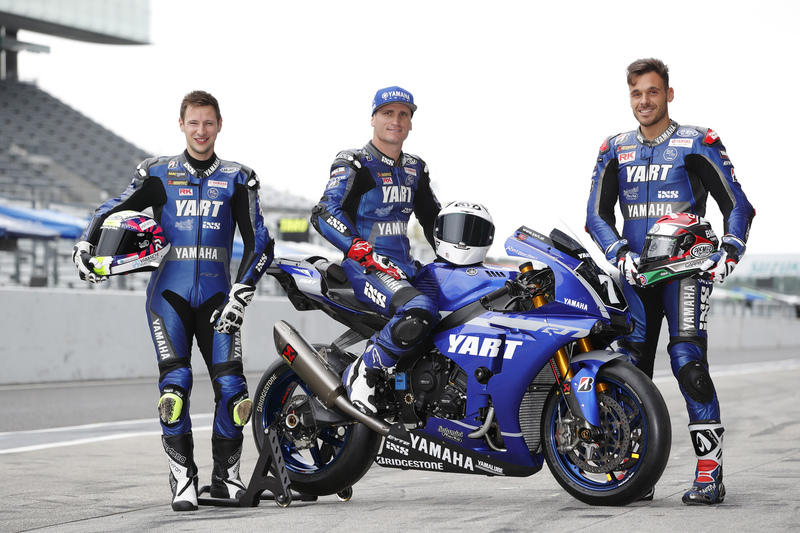 Q: Broc, this year in addition to your usual duties in the Endurance World Championship (EWC), you're also in the premier ASB1000 class of the Asia Road Racing Championship (ARRC), so you're riding full-time in two championships and you also have one of the longest careers in racing. You're one tough guy!

Parkes: I actually hadn't thought about it that way [laughs]! But really, I don't have any issues physically and being tough is important. I feel like I can still race well and for me, the more I get to ride, the more fun I get to have [smiles]. I live in Australia, so racing in the ARRC and at the 8 Hours aren't too much trouble for me because there isn't that much of a time difference. So in that way, the EWC races in Europe are actually harder for me.

Q: What's the major difference between the EWC and the ARRC?

Parkes: The hard part is switching between a bike set up for endurance and one set up for sprints. In the ARRC, you have to be aggressive and push really hard in the first three laps or so and that can make it a real challenge. In the EWC, it's about three riders working together to hit as fast and as consistent a pace as possible. It's not about how fast or slow I am on my own.

Q: Marvin, what do you think about Broc's racing schedule?

Fritz: For sure, I'm interested in the ARRC since he's riding in it and I'm always cheering for him on TV or on my computer. But of course, I'm also interested in sprint races too. I'd love to ride in World Superbikes or MotoGP, but it's hard to get the chance to do that. But I love our team and we get amazing support from Yamaha, so my goal for now is to continue racing with YART in endurance. 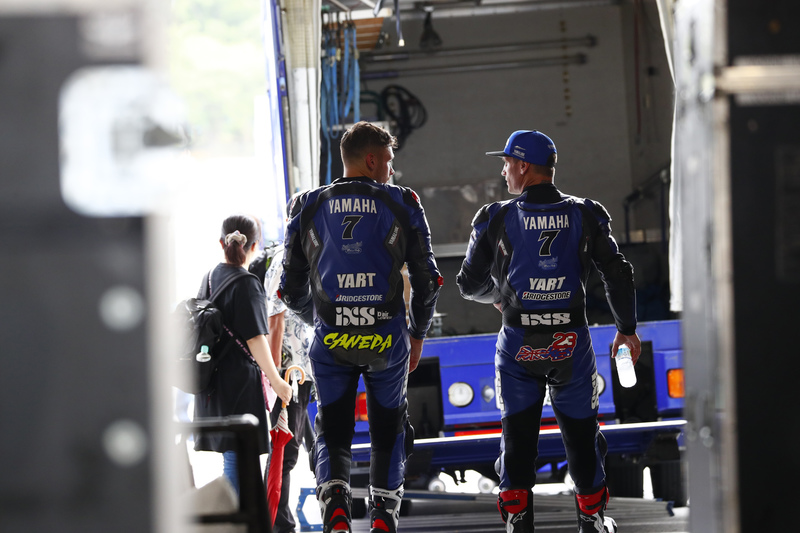 Q: Niccolò, you switched from GMT94 to YART this season. How's the atmosphere with your new team?

Canepa: I was with GMT94 for three years, the team atmosphere there was amazing, and I'm still good friends with my former teammates. This year I joined YART and the feel here too is fantastic. Our bike setup is strong and the Bridgestone tyres have really high potential. I know because my lap times dropped by something like 1.5 seconds at every circuit! The Bridgestones work really good at the tracks in Europe, but at Suzuka they're like magic. You can't tell because I have my helmet on when I'm riding, but I always have this big grin on my face the whole lap around Suzuka [smiles]!

Q: Sadly you aren't in the running for the EWC title this year, but you won again at the 8 Hours of Slovakia so you guys certainly have the speed.

Fritz: In the end, sure, we have fast times, but we aren't trying to set one-off fast laps. What we want is consistency.

Canepa: It's the same for me. I'm not focused on setting the top time at all. I mean, I've never even used the qualifying tyre before.

Parkes: Pretty much the same, yeah. Without pushing for lap times, we're still fighting at the front in every race we enter. But yeah, to not be in the running for the title at the 8 Hours this year is disappointing. We didn't get any points in the Le Mans 24 Hour and that was big.

Q: Speaking of Le Mans, I'm curious. Do any of you sleep at all during the race?

Parkes: It's always hard every year. This season I rode at night and after my stints I did take a couple short naps, yeah.

Fritz: I can't sleep at all, so I don't sleep. One time before, I fell asleep for about 20 minutes, but when I woke up it was tough. For the first two or three laps my body felt so heavy and it was hard to ride the bike. Since then I've just not slept. I try to relax, maybe take a cold shower and switch modes as I need to.

Canepa: I sleep! Maybe for about 15 minutes after every stint. But I take naps a lot anyway.

Fritz: Nic always sleeps on the bike when he's going down a straight [laughs].

Parkes: In a 24-hour race, what you eat and the way you relax are really important, but it's the same at Suzuka. During the race, and even during the week leading up to it, if I eat anything greasy it makes it so hard to ride.

Canepa: In Europe we have our own hospitality at every race so we know what will be on the menu, but when we come to Asia we don't have that, so we have to be a little more careful.

Q: What kind of race is the Suzuka 8 Hours?

Parkes: It's the biggest and most exciting race of the year for me. All the manufacturers have factory teams and you get guys coming from World Superbikes and MotoGP. There are also a lot of fast Japanese guys in the race as well, so for me it's a lot of fun to race here. It can also mess with you because sometimes it's super hot and sometimes it can just start raining. But the worse the conditions get, the more of an advantage the full-time endurance teams get. But yeah, overall, I think it's a fun eight-hour sprint race.

Fritz: Basically, what Broc said. It's the most exciting race of the year. Riders from World Superbike, MotoGP and British Superbike come here, some of the fastest racers in the world. It's kind of nice to have a chance to compare yourself to these guys, even if the bikes are different.

Canepa: Yeah, it's exciting, but it's also very important. I think it's also a great chance to show how strong EWC teams are. In the tests we were running really close to the factory teams, so I'm really looking forward to the race this year. 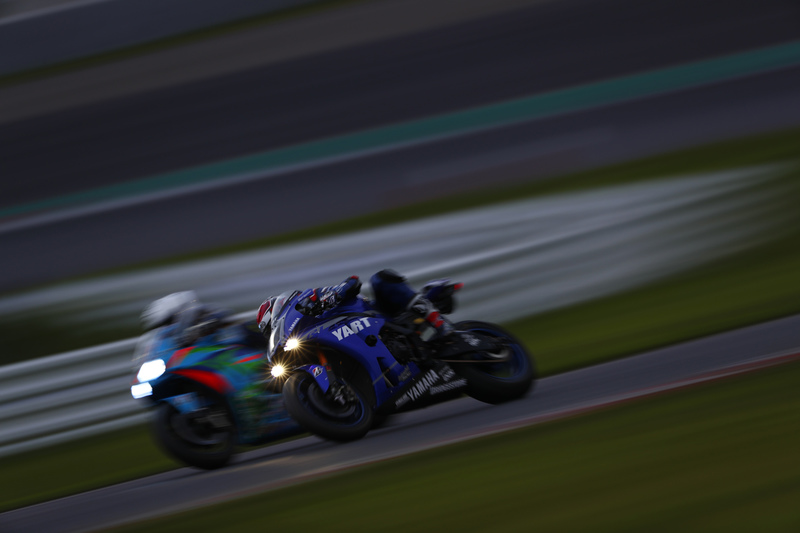 Q: Is there a certain position or number of laps you're aiming for?

Parkes: All three of us are strong riders so I think we can aim for the top five or at least the top EWC team.

Canepa: If we're lucky we can do even better than that, but at the tests the TSR Honda was fast. They're fighting for the title at the 8 Hours this year, so I hope we can put the pressure on them and shake up the title fight.

Q: Broc mentioned finishing in the top five. What do you think it will take to get there?

Parkes: At the tests all three of us set fast times. Our tyres are great, the bike is great, the team is great. We've got everything we need to make it happen. We're running four-tenths faster using our qualifying settings from last year as-is so the bike's setup is there too. That's why I think we can be in the top five.

Canepa: If the weather changes in the race, things will get way more interesting. The track conditions affect everybody, but for teams that race in the EWC, we're very used to this. Both the riders and the team know exactly what to do in situations like that.

Q: Finally, what are you hoping for in this year's 8 Hours?

Parkes: We aren't in with a chance of the title, so just don't let up and fight all the way to the end. I hope all the Japanese fans will cheer for the team too.

Fritz: I love coming to the Suzuka 8 Hours and I hope to keep riding here for many years to come. So I'll do my part and try to help us get a good result. I'm looking forward to seeing all the Japanese fans too! 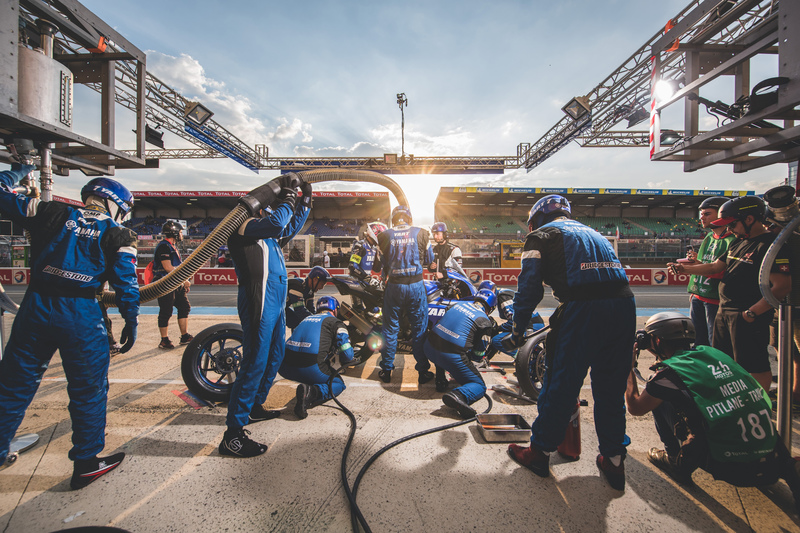