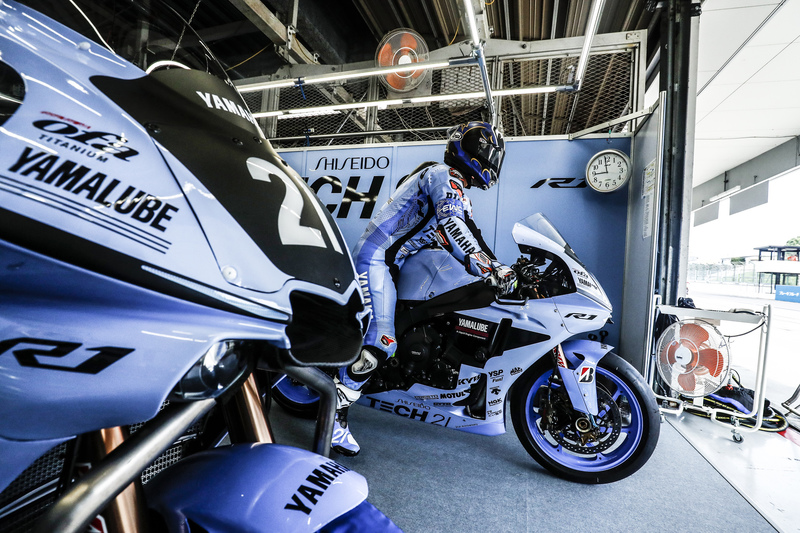 The Yamaha Factory Racing Team made a solid start on the opening day in Suzuka, as they bid for an unprecedented fifth consecutive victory in the 42nd edition of the prestigious Suzuka 8 Hour event this weekend.

Katsuyuki Nakasuga and Alex Lowes have tested at the Suzuka circuit previously this year and, as a result, both were quickly up to speed today, despite both ambient and track temperatures significantly exceeding those experienced during the three-day test back in June.

The third member of the Yamaha Factory Racing Team, Michael van der Mark, missed the pre-race Suzuka test due to an injury sustained during the Misano WorldSBK round in June. However, the 26-year-old showed his experience today, posting consistently quick times after only a few familiarisation laps aboard the endurance specification Yamaha YZF-R1 he last raced twelve months ago.

The main goal for the Yamaha Factory Racing Team in the first of two test sessions today was to confirm bike set-up in the much hotter conditions experienced today, with positive results. Nakasuga, Lowes and van der Mark ended the opening session in second place on the timesheet and satisfied with the progress made.

For today's second test session the focus shifted to the all-important pit stops, of which there will be a minimum of seven during Sunday's 8 Hour race. All three riders practiced both handing over to and taking over from a teammate at the pit stop, which also gave the technical crew a number of opportunities to perfect their already rapid pit stop procedure.

Overall, it proved a positive opening day for the Yamaha Factory Racing Team, who will be back in action and looking for further improvement in the two final test sessions tomorrow. 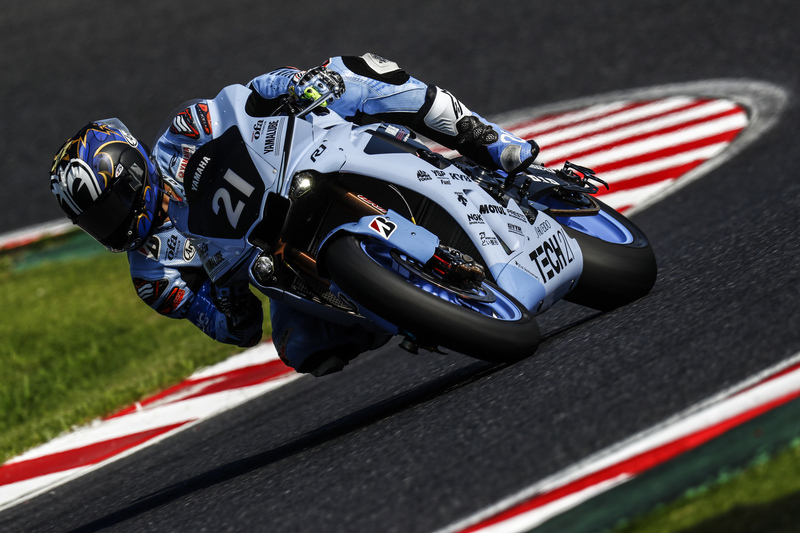 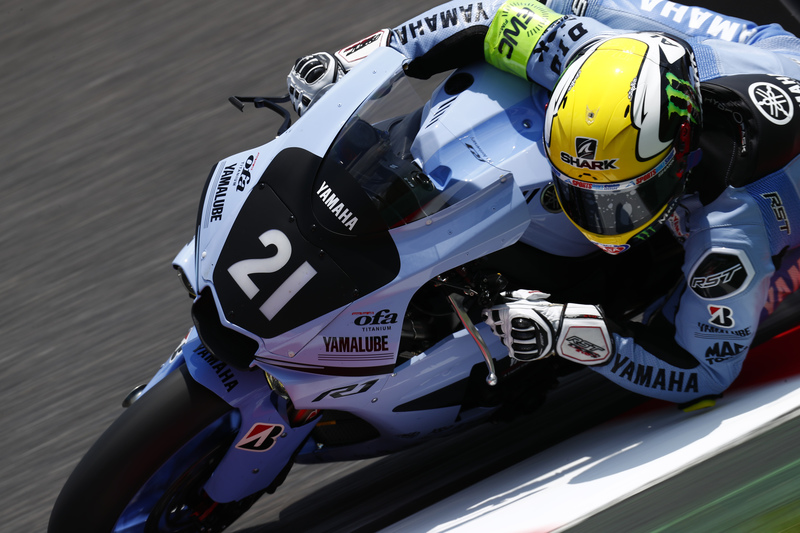 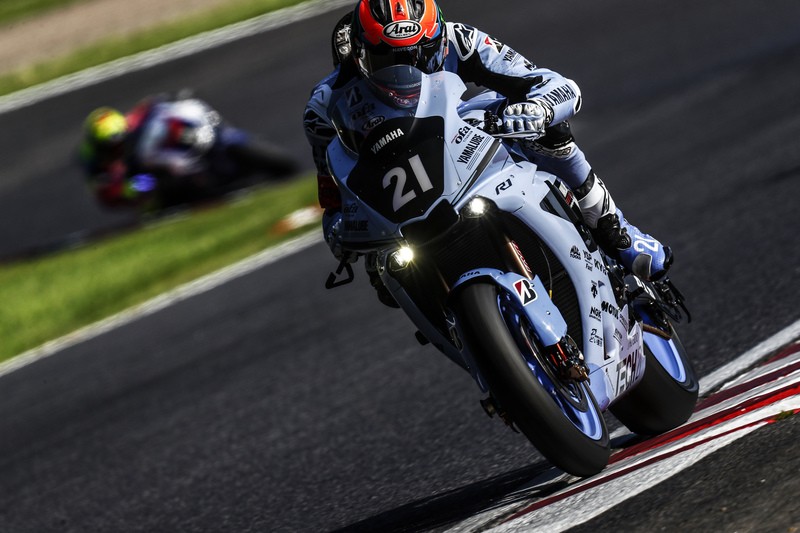 The YART Yamaha EWC Team also enjoyed a positive first day in Suzuka, with Niccolò Canepa, Marvin Fritz and Broc Parkes picking up where they left off at the pre-race test ten days ago to finish the first test session in fifth position. The YART Yamaha trio improved their pace further this afternoon, to end the second and final session third on the timesheet, and just 0.792s from the top spot. 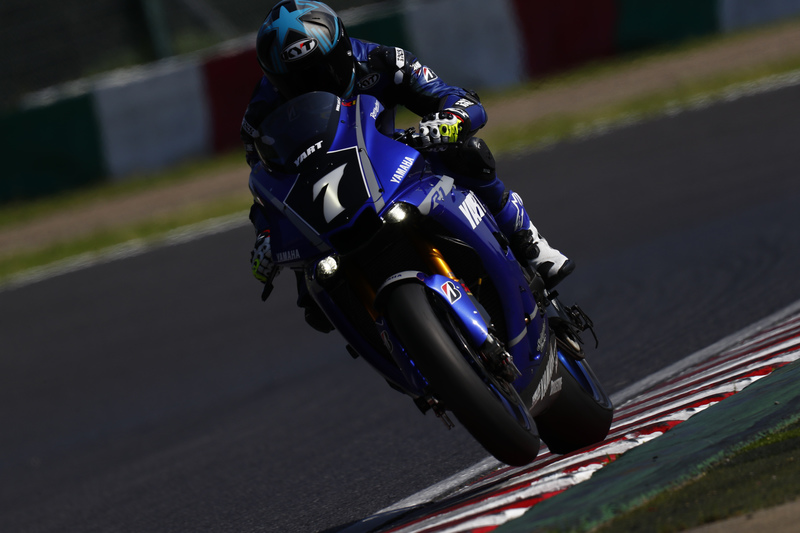 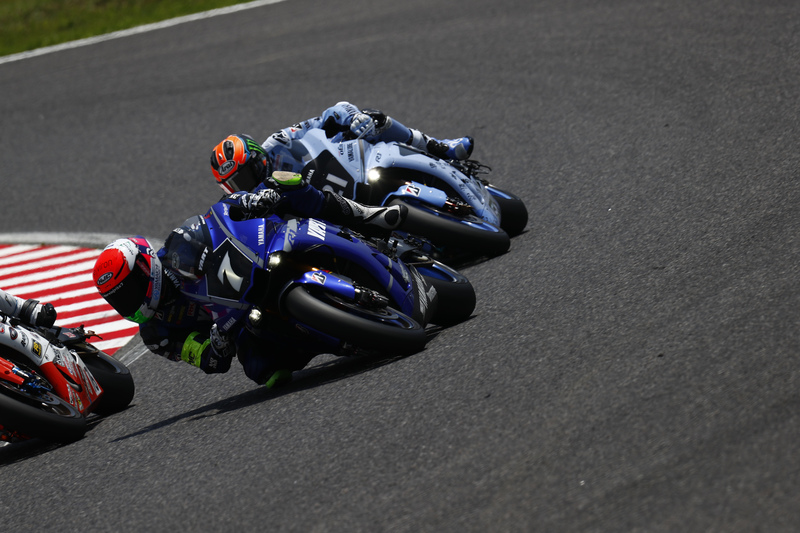 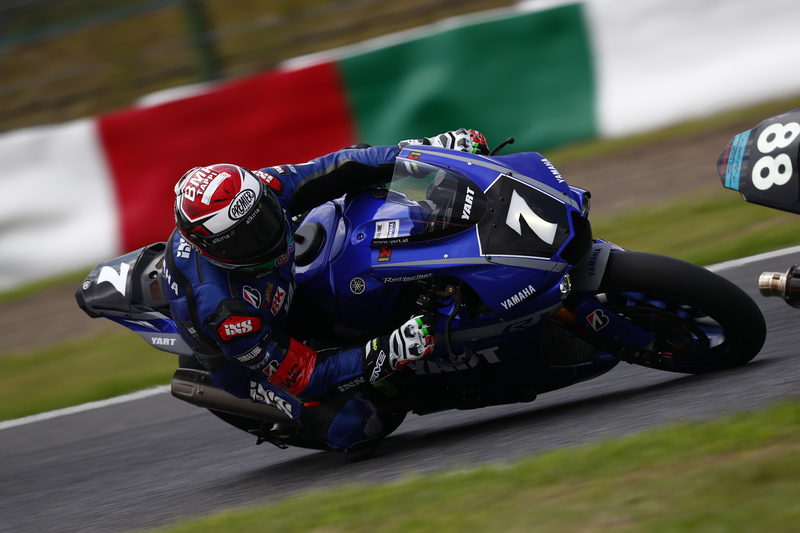 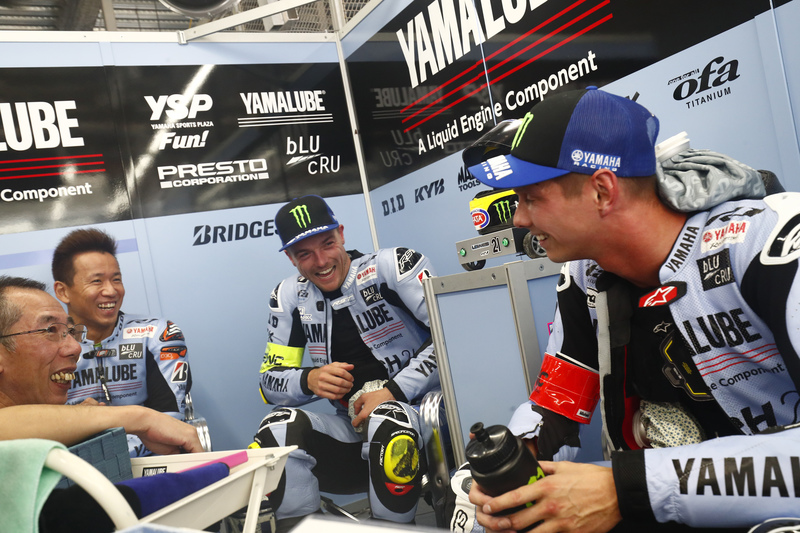 "Michael is back now, so I'm really happy have our whole team together for the 8 Hours. Both Michael and Alex are fast, so that's really reassuring. We're doing what we need to do at the tests, and today our main task was to ride and re-confirm some things on track. The end goal is of course the race, and we had to keep our tyre allocation in mind today, but we did confirm what we'd wanted to. We finally had a chance to ride in real summer conditions, and so far, things are looking good. This year I'm actually going to ride in the race! The three of us will be working together towards the win."

"It's great to be back here at Suzuka riding the R1 we'll race in the 8 Hour on Sunday. It's also good to have Michael here, which means the full team is back together once again. Today was all about blowing out the cobwebs and getting a feel for the bike and the tyres again. The weather has been perfect, allowing us to get in plenty of dry laps, which will be important, as the forecast is for more changeable weather on Friday and Saturday. Overall, it was a solid opening day, I really enjoyed riding the bike and I'm looking forward to getting back out there tomorrow."

"It feels good to be back here in Suzuka, having missed the test last month due to injury. Today was my first opportunity to get a feeling for both the bike and the tyres again, after a year away, so that's what I was focused on in the two test sessions. It's great to be back riding alongside Alex and Nakasuga-san once again and the team is working great, like always. It was a good first day and now I'm looking forward to the rest of the weekend."

"I'm relieved that Alex and Michael made it safely here to Suzuka, so that was the feeling I started today's tests with. All the teams were out there on track, so it was pretty crowded, but we focused on confirming our bike setup and practicing our pit stops. We tried to conserve the tyres that we're allotted while we went about our testing program, and I think we did well. Michael showed some really strong riding even with his injury, but due to the timing he still hasn't gone out on a fresh tyre. I think he'll be able to improve his pace even more. Even with this being the case, all three riders were saying similar things today, so we know our setup direction was the right one. For me, that's a big relief." 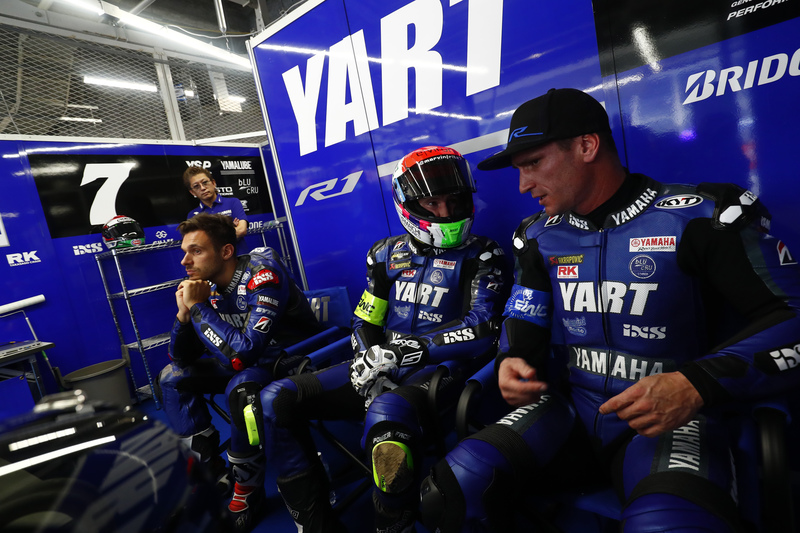 "It took me a while to get going today, but my pace was good at the end. There wasn't much grip to be found this morning and I found it difficult, which meant it took me some time to settle into a good rhythm and find my pace, while Marvin and Niccolò were quick from the start. But at the end of the day I'd closed the gap to around a half second, so not too bad. The important thing is that we now all have a good pace here, in the 2'08s bracket without a soft tyre and the fact that all three of us were fast at the test and again today gives us some confidence going into the race weekend."

"We knew after the test here that we were fast, but we didn't expect to be quite so fast in the conditions we've had today, which were much hotter than the test. It's been a very positive day, no mistakes, and we ended the day early because we were already on a good level and there wasn't so much to improve on the bike. We are happy and we're looking forward to the weekend."

"As a result of the test we came here with both a good bike and a good feeling, but the test was much cooler while today has been hot like always here in Suzuka. But again, me and Niccolò had a really good feeling from the start, and Broc too at the end. My first flying lap was already good and around midday I managed to improve to a 2'08.0, which saw us lead one session. We made some improvements to the bike today and, while we have a few more things to try tomorrow, the feeling is good and we're on the pace."

"We tested a few small things on the bike today, but the riders were already comfortable during the test here ten days ago, so we didn't need to change too much. We are happy with the bike and I think we have quite a good race pace already, so we're ready for the coming weekend."