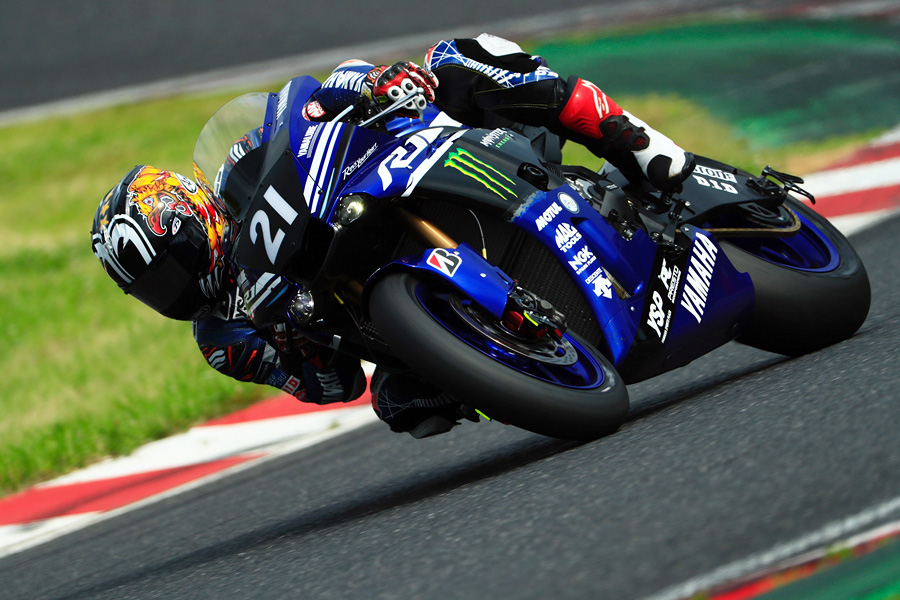 In 2015, Yamaha Motor celebrated its 60th anniversary and debuted an all-new YZF-R1. For the Suzuka 8 Hours, Yamaha brought back its full factory team for the first time in 13 years, and underscored its return in the best way possible by taking Yamaha’s fifth victory in the event and its first in 19 years since Noriyuki Haga and Colin Edwards’ win in 1996. Yamaha faced the 2016 Suzuka 8 Hours under the theme of being “the fastest challenger” and clinched back-to-back wins, a feat not seen since the repeat wins of Martin Wimmer/Kevin Magee in 1987 and Wayne Rainey/Kevin Magee in 1988.

For 2017, the #21 Yamaha Factory Racing Team is on a mission into unknown territory: to achieve what no Yamaha team has ever done before at Suzuka by taking a third consecutive victory. Now in the third year since its return, this year’s event will be a true test of the team’s full potential.

Shouldering this important task will be All Japan Road Race JSB1000 superstar, Katsuyuki Nakasuga, and World Superbike teammates and previous Suzuka 8 Hours winners, Alex Lowes and Michael van der Mark from the Pata Yamaha Official WorldSBK Team. Without question, the three fastest R1 riders in the world have been assembled for this year.

The team will once again be managed by Yamaha’s All Japan factory team manager, Wataru Yoshikawa. The wealth of data collected during the previous two races has been used to further evolve and refine the factory-spec YZF-R1’s reliability, fuel efficiency, on-track performance and various other factors needed in the Suzuka 8 Hours. A third-straight win by the Yamaha Factory Racing Team will illustrate the full potential of the team, its riders and the Yamaha brand to the world. Katsuyuki Nakasuga is a legend in Japanese road racing and has won five consecutive championships in the premier JSB1000 class of the All Japan Road Race Championship, bringing his tally to seven overall. This season he is struggling with two DNFs, but his abilities as a top-class rider in Japan are undisputed. He is also involved in the development of Yamaha’s YZR-M1 MotoGP machine and has taken it to a 2nd place podium finish in the 2012 GP of Valencia. He participated as a wildcard for the seventh time in last year’s GP of Japan, where he put on a strong showing against the world’s best, placing 11th and demonstrating why he is considered a world-class rider that Japan is proud to call its own.

For the Suzuka 8 Hours in 2005, Nakasuga was the third rider on Yamaha’s top team at the time, but ended up not competing on race day, and instead made his 8 Hours debut the next year in 2006. Since the Yamaha Factory Racing Team made its return in 2015, he has continued to serve as the team’s anchor—even when paired with the world’s top riders—and demonstrated his skills as the driving force behind the team’s back-to-back 8 Hours wins. As Yamaha aims for a long-awaited and unprecedented third consecutive triumph, Nakasuga’s efforts will undoubtedly play an essential role in taking victory. 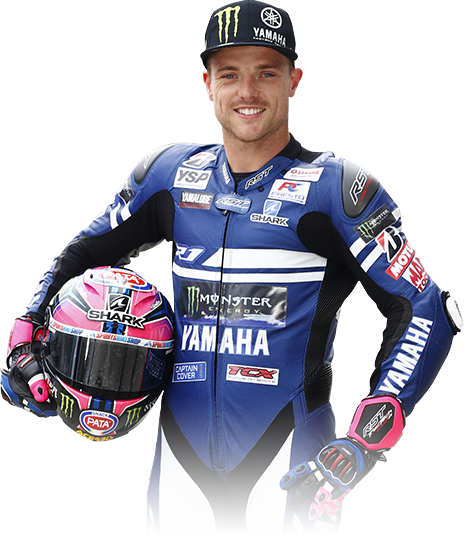 Alex Lowes honed his skills racing in his home country of the United Kingdom, contesting three seasons in the highly competitive British Superbike Championship. In 2013, he took 13 pole positions and stood on the podium 21 times—including eight victories—on his way to winning the championship. The next year, he shifted his battleground to the World Superbike Championship, racing for two seasons before being selected in 2016 to ride on the Pata Yamaha Official WorldSBK Team, Yamaha’s first entry into the championship since 2011. Last year, injuries played a major part in his season, leaving him ranked 12th at the end of 2016. But this season, his raw speed and talent are beginning to answer expectations as he is regularly within striking range of the podium and currently sits in 5th overall after five rounds.

Making his first Suzuka 8 Hours entry in 2015 with a rival team, he lapped the circuit in the low 2’07s during the Top 10 Trial qualifier and put up a fierce fight in the race itself. Joining the Yamaha Factory Racing Team for Suzuka in 2016 alongside the talents of Nakasuga and Pol Espargaró, he skilfully swapped between attacking and maintaining position, making his presence felt on the racetrack. He also took the final night-time stint and brought the R1 home to the chequered flag to secure Yamaha’s back-to-back victory. With the added pressure of a third consecutive win in the air this year, he will surely bring much-needed steadfastness and speed to the team. 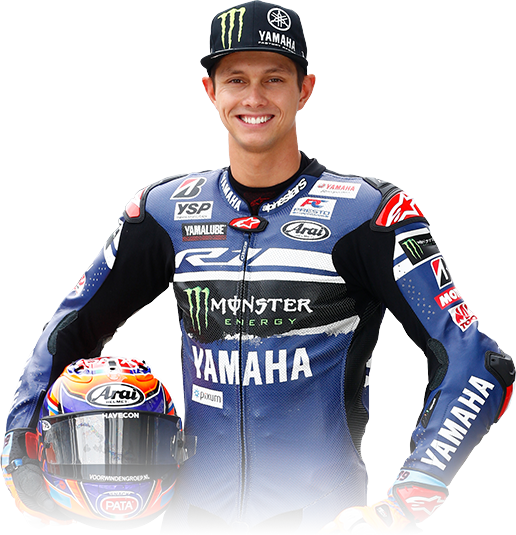 Michael van der Mark got his start in the European Superstock 600 Championship, where he honed his skills before moving up to the World Supersport Championship in 2013. He won the title in just his second attempt in 2014 and joined the World Superbike Championship—production racing’s premier class—the next year. Finishing 7th in his rookie year and then 4th the following year, he’s had a steady ascent to his status as a world-class rider.

Joining the Pata Yamaha Official WorldSBK Team from this 2017 season, he is now taking on the world with the YZF-R1 as his new steed. His current ranking in 7th after five rounds reflects two races where he was unable to score points, but he is gradually getting used to the machine and team environment as he continues to race within striking distance of the podium.

In 2013 he took a stunning win at his first attempt at the Suzuka 8 Hours and repeated the feat the following year in 2014. In 2015 and 2016, he again took part with a rival team of the revived Yamaha Factory Racing Team, but suffered DNFs both years. Though he is the youngest member of the team, he is one of very few riders that know how difficult it can be to take repeat victories at the 8 Hours, and he will be a strong asset to a team out to take its third consecutive win. 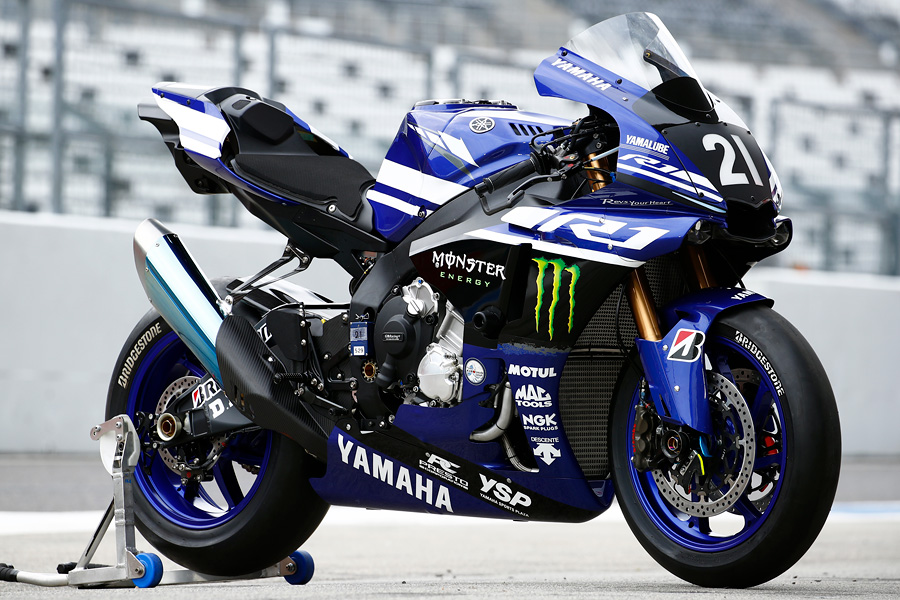