The Yamaha Factory Racing Team got their bid to win an unprecedented fifth consecutive Suzuka 8 Hour race off to a flying start today, by securing provisional pole position in two tense qualifying sessions. The YART Yamaha EWC squad also put in a strong performance, securing a place in tomorrow's Top 10 Trial with an impressive sixth place in qualifying today.

The star of the show was undoubtedly Katsuyuki Nakasuga, who posted the only sub 2'06s lap in the first of his two 20-minute qualifying outings. Nakasuga's time of 2'05.922 was his fastest ever lap of the 5.821km Suzuka circuit aboard the endurance specification Yamaha YZF-R1 and the fastest of any rider so far this weekend.

Equally strong qualifying performances from Nakasuga's two teammates, Alex Lowes and Michael van der Mark, saw the Yamaha Factory Racing Team claim provisional pole position with an advantage of just 0.014s once the times had been combined. Lowes was unfortunate to suffer a crash in Q1, but he was uninjured in what was only a minor tumble. 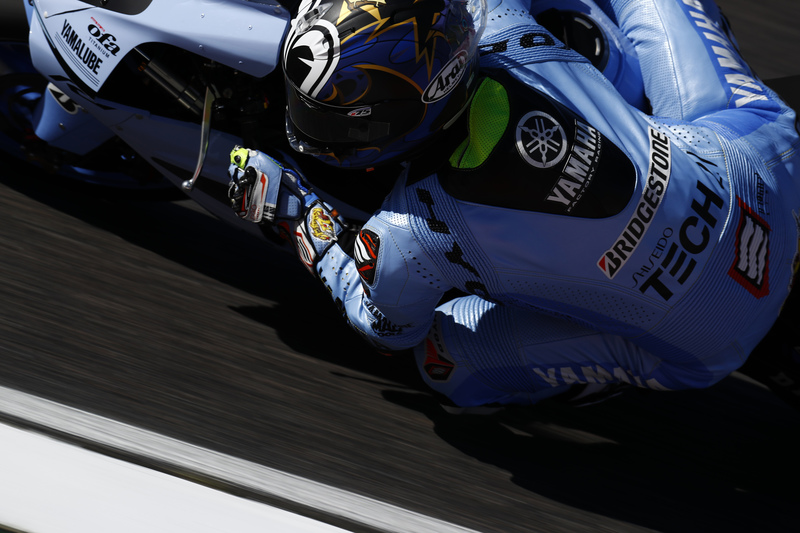 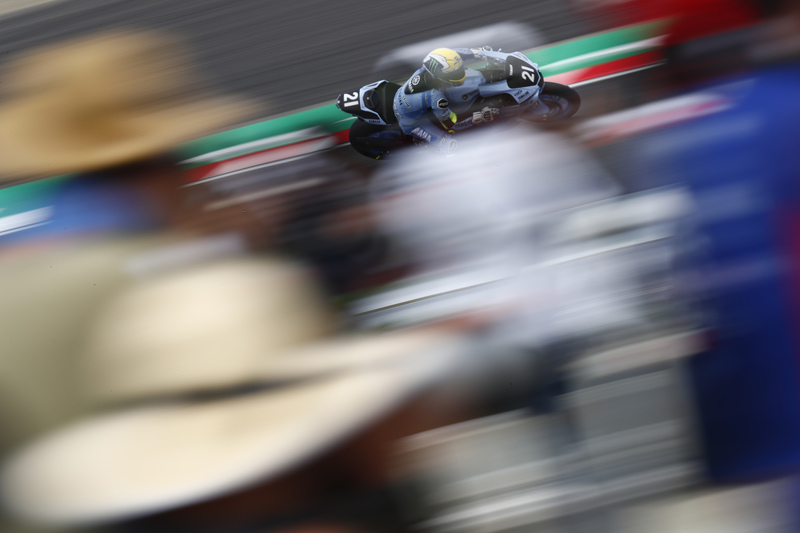 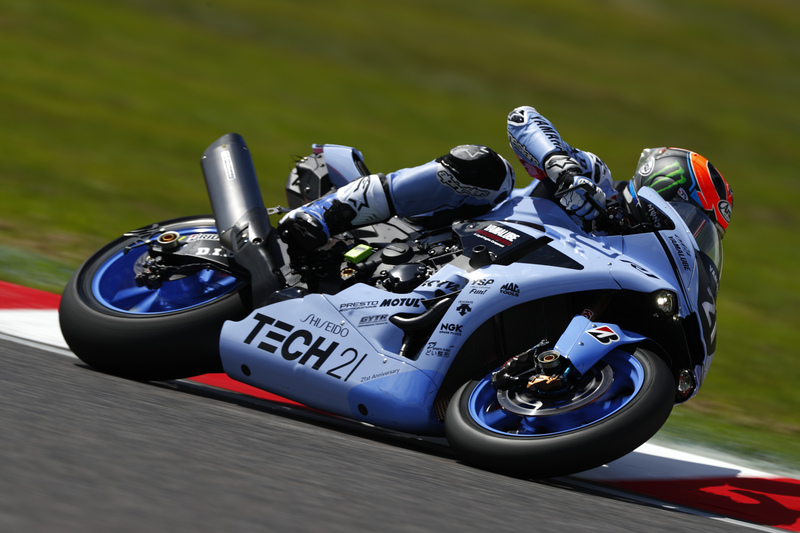 Niccolò Canepa led the way for the YART Yamaha EWC squad today, with a time of 2'06.672 in Q1 securing him second place on the timesheet when the results of his two qualifying sessions were combined. Broc Parkes also posted his fastest lap of the day in Q1, while Marvin Fritz improved by half a second in Q2 to stop the clock with a time of 2'07.167, despite the disruption of a red flag shortly after the start of the session. These performances combined meant that YART Yamaha were the highest placed of the regular EWC teams in sixth place.

Both teams will face the Top 10 Trial tomorrow, in which the final grid positions for Sunday's Suzuka 8 Hour race will be decided. However, with the outer edge of a typhoon expected to hit the circuit overnight, wet conditions could well lead to a change in format for the Top 10 Trial, as similar conditions did 12 months ago. 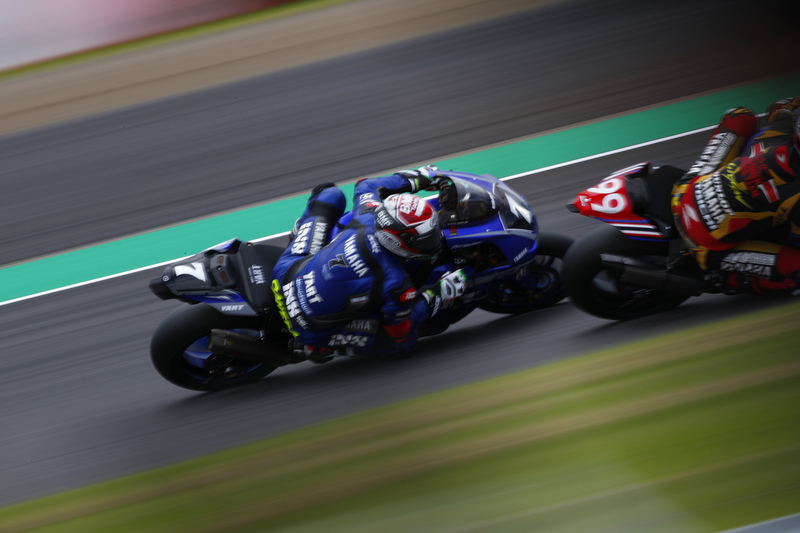 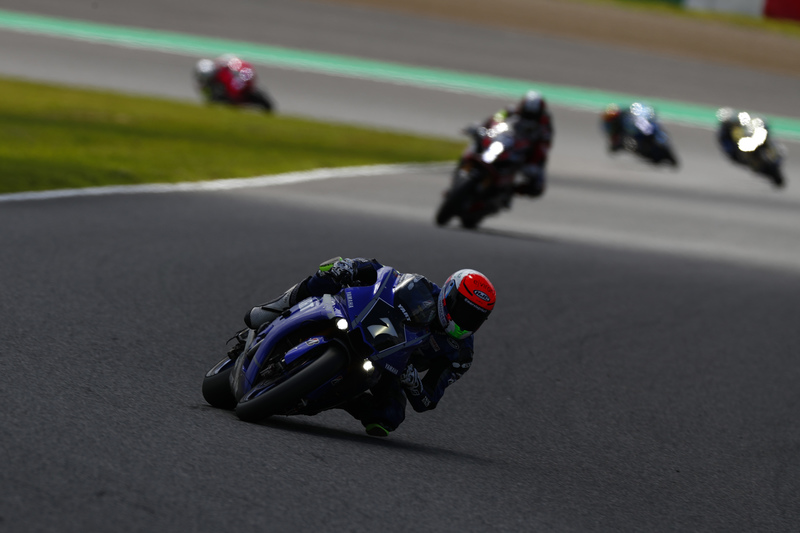 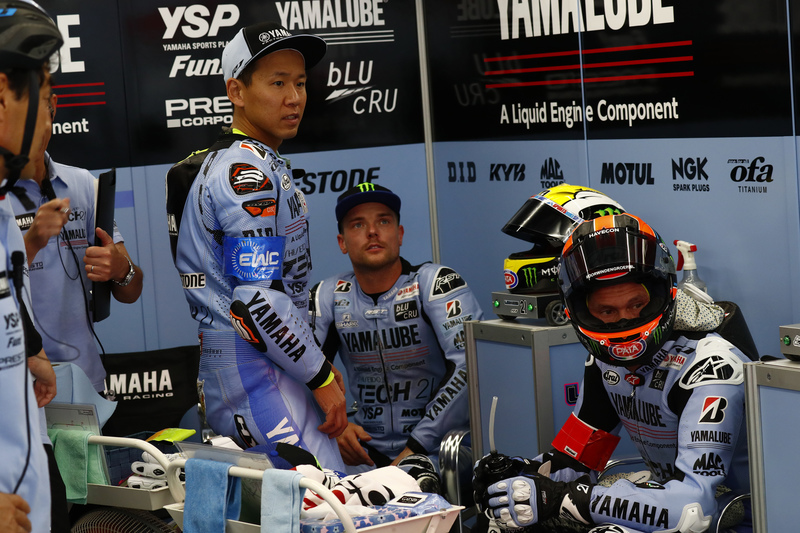 "Alex crashed, but it wasn’t a big one and he didn’t get hurt, so I’d say we finished the day without any issues. As far as our times, they were pretty good. The machine itself is working great and we’ve found a good balance with the setup, so I want to keep the current momentum going into the Top 10 Trial and the race. The most important thing is of course the race itself, so we’ll just keep working towards having the bike ready for it."

"Traffic was a bit of an issue today, both in Q1 when I was on new tyres and in Q2 when I was running on the used tyres, but that was good practice for the race, where there's always a lot of traffic. I felt good on the bike, although I also felt I could have gone a little bit quicker today, but a quick qualifying time isn't quite so critical for an eight-hour race. I was happy with my pace and I was happy I was able to a 2'06s lap on used tyres, which was quite good. I think we've all done a good job today; we can be quite satisfied with the work that saw us end the day on provisional pole position. Tomorrow in the Top 10 Trial it's important to secure a good starting position for the race. We want to be fastest just because we want to be fastest for ourselves but, in terms of the race, it doesn't make such a big difference. We feel good, all three riders are happy after a solid couple of days, so we're pretty much ready to race."

"I was really happy with today. Up until qualifying I'd been using the sessions to build confidence in the bike, and I'd got to the point this morning where the used tyres were the only thing stopping me from going quicker. With the new tyres for the first qualifying session I made a massive step and I think I could have gone a big quicker if it wasn't for the two red flags. I wasn't quicker in the second qualifying session, but I was really consistent and that's really important given the format of the race. Both Alex and Katsuyuki were really fast so, overall, it's been a really positive day but the important thing for me was that I gained a lot of confidence and made a big improvement with both my pace and my consistency."

"With Alex’s crash he hurt his left and right legs, but he’s saying that it was really minor, and he has no issues at all, so I’m glad to hear that. In the first qualifying session all three riders put in a new tyre, but with Alex and Michael their timing in getting on track wasn’t so good, so they weren’t able to show their true pace, I think. In the second session all three were on used tyres and pushing for lap times, and to me it looked like they all were in very fine form. In the 8 Hours we can’t have everything exactly perfect to fit all three riders since it’s only one bike, so it becomes an exercise in making the best of what’s available. I really respect all three of these guys as pro riders to be able to do that." 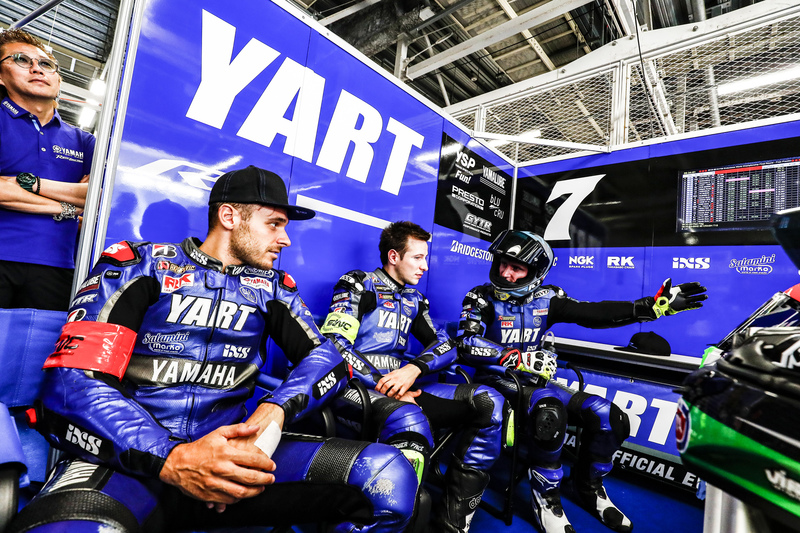 "I managed to get in two laps at the start of Q1, with the second being my best lap, despite hitting traffic, but then the session was red flagged. In Q2 I was on the same tyres, so I wasn't able to improve, but the tyre strategy was important today and it worked out for us in the end. I did my best time of the weekend today and, even if it's still far from my best here, my race pace actually feels really good. It would have been nice to have had one more tyre at the end to put in a better time, but I'm happy enough."

"I'm super happy, because I never expected to be so fast and when I saw the lap time on the dashboard I was really surprised. The bike was working great and the tyres as well; it was just a great lap. It's been a good day as all three of us were fast and we able to qualify in the top ten, which was our target. We can also see that we are so close to the factory teams, which is great for us and adds even more motivation. Tomorrow I get to do my first Top 10 Trial and I'm really happy to give it a go!"

"I had a new rear tyre for Q2, but the session was red flagged when I was on my first flying lap, which was a bit unfortunate. We know that with the new tyre the first two laps are the best, so I made sure I was at the front of the queue at the end of pit lane when the session was restarted. I got away first and, with a clear track in front of me, I managed to do my fastest lap of Suzuka, which was really good for me. We used the same front tyre for all three riders and, once or twice, I felt like it was going to close on me, especially into the chicane after the hairpin, but then the last sector was really good, and I was very happy with the lap time. Hopefully it will stay dry for the Top 10 Trial tomorrow, as this will give us the best chance."

"Today I think we did more than maximum; we have improved in every single session and even in qualifying our riders improved once again. It was an incredible performance today, but now we need to see what the weather has in store for us tomorrow and whether this will impact on the format of the Top 10 Trial, as it did last year. I can't even begin to predict how we'll fare tomorrow, as the boys exceeded all expectations today and it wouldn't surprise me if they continued to do the same as the weekend progresses. Of course, I'm more than happy with the result today, everyone did a fantastic job."