The first day of the combined test for the "Coca-Cola" Suzuka 8 Hours Endurance Race was held on July 9 in preparation for the race on July 28.

The test's sessions were split into A and B groups, with the Yamaha Factory Racing Team in the A group. Their first session started at 12:00 p.m. and lasted 45 minutes, then that was followed by another session that started at 3:15 p.m. and lasted 75 minutes. Finally there was a 70-minute night session that combined the A and B groups and was held between 6:45 and 7:50 p.m., getting started just as the sun was setting.

Katsuyuki Nakasuga and his All Japan JSB1000 teammate Kohta Nozane were on track for the Yamaha Factory Racing Team. Nakasuga's teammates Alex Lowes and Michael van der Mark were unable to attend due to a scheduling conflict with their World Superbike duties.

Nakasuga set a very quick 2'06.593 lap time in the first session. He went even faster in the second session with a 2'06.442. Overall it was a strong start to the three day test.

The #7 YART Yamaha EWC Team's three riders, Broc Parkes, Niccolò Canepa and Marvin Fritz arrived in Japan and got right to work putting in laps on the track in the first day of the three day combined test for this year's "Coca-Cola" Suzuka 8 Hours Endurance Race. 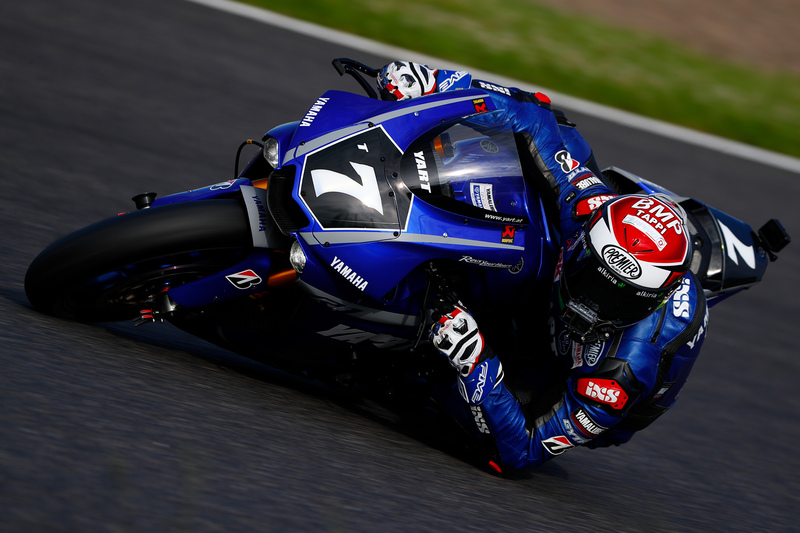 Of the three riders, Parkes had already ridden at Suzuka roughly a week earlier in the ARRC round, while his teammates Canepa and Fritz had yet to ride at Suzuka in 2019. That being the case, Parkes sat out while Canepa and Fritz got accustomed to riding the R1 in the first session. Even though it had been some time for the pair, they set quick laps in the 2'09s.

All three riders kicked it up a gear for the second session, as Canepa and Fritz trimmed their lap times down to the 2'08s while Parkes took some time to adjust to a different machine and tyres than he uses in the ARRC, setting laps in the 2'09s. Overall, the team was the next quickest after the factory teams, and they showed the kind of fast, consistent lap times that a top-level EWC team is capable of, letting their rivals know that they are in good shape for the race. They also finished out Day 1's night session with no issues, thus marking an overall positive start to the test.

"With the night session today, it's really starting to feel like the 8 Hours. The thing is, today was quite cold, which is really different from how it will be in the race. I can tell the bike is working better than in the last test, but our rivals are also strong, so we need to keep improving ourselves, and focus on our teamwork. After the night session we worked on pit stop duties and identified some issues that we'll try to clear at the next test."

"Today we had Nakasuga and Nozane riding, and we checked our fuel consumption and small details like the low-fuel warning light, so we weren't trying for fast times at all. We finished out the first day well, and we're planning on completing the rest of our testing agenda in a methodical way." 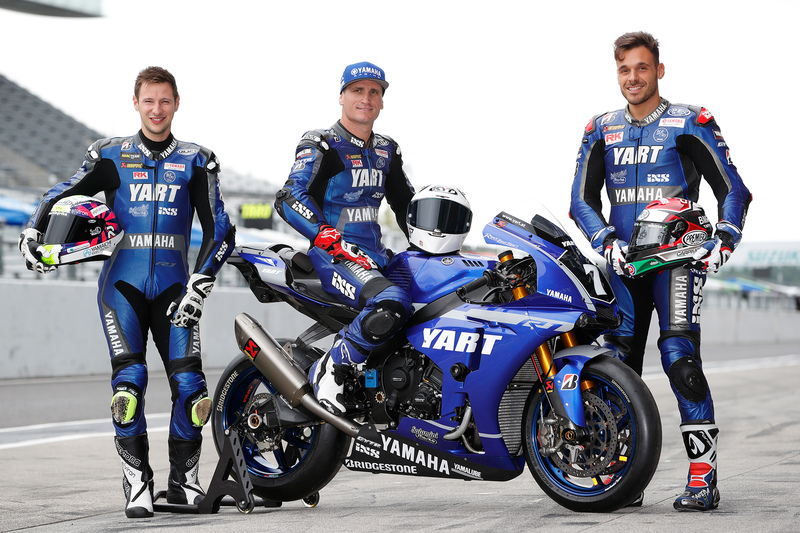 "Just a few days ago I was riding the R1 in the ARRC, and this was my first day back on the YART bike with different tyres, so it was a little challenging. I did a 2'09, but considering the situation I think that's pretty good, and I think I can bring it down to a 2'08 tomorrow. But more important than lap times is making steady progress towards being ready for the race weekend, and I think we're already doing well with that. We'll try to make even more progress tomorrow."

"This is my first time to ride at Suzuka since switching to the YART team, and my first time on Bridgestone tyres here, but I had a really positive first day and I enjoyed riding this circuit. My fastest time was a 2'08, so that's plenty fast. I think we can still make some small improvements, but our pace on used tyres is good. So far it's been positive. Tomorrow our goal is a 2'07 and I think that's very possible."

"Today we rode two bikes with different settings, and the plan was to look for what's working well with those and find a direction to go in for the setup, and in doing that I got close to my best time from last year of a 2'09. For the second session I could do consistent 2'08s, so I had a really good feeling with the tyres and with the bike, considering that it's still the first day. All we have to do now is adjust some small areas. Even though it's only the first day, I'm already quite satisfied with the test."

"For the first day, first of all I'm just happy there were no crashes! Today we tried to find a setup that suits all three riders well. Broc is coming from the ARRC last week, so getting used to our machine with different tyres is where he has to start from. Niccolò just arrived here from Europe so he still has some jet lag, but he was still very fast right away, and Marvin was setting consistent and surprisingly fast times. Tomorrow we'll try to put together a perfect machine that all three riders can go fast on in the race."