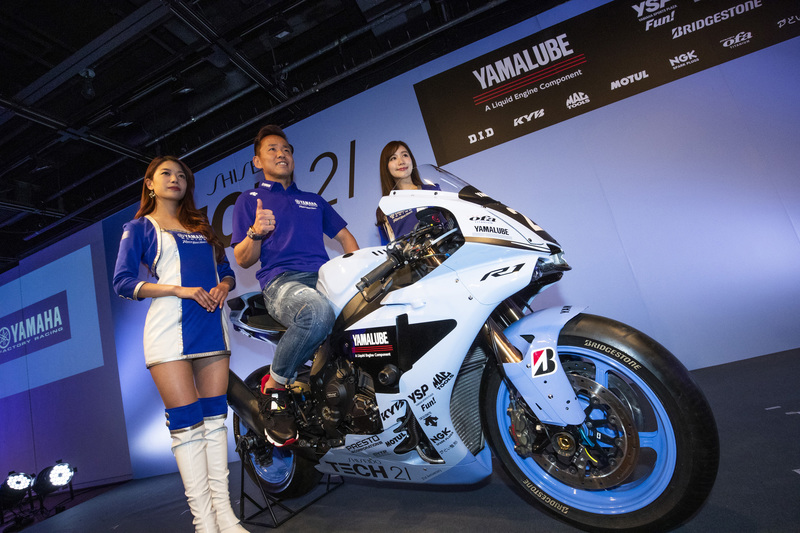 Yamaha Motor Co., Ltd. held a press conference yesterday at the AXIS Gallery in Tokyo, Japan to kick off its Suzuka 8 Hours campaign and announce its team line-ups for this year's race. Unveiling the factory YZF-R1 for the first time in colours from the Yamaha TECH21 Team that contested the race in 1985, the Yamaha Factory Racing Team will be aiming for a fifth consecutive victory under this year's slogan of "R1-Dawn of the Reiwa Era".

The YZF-R1's colour scheme for this year was the centre of attention. In the three years beginning with the return of the Yamaha Factory Racing Team in 2015, the factory R1 has been run in Yamaha Racing Blue, with a special red and white livery introduced to commemorate the superbike's 20th anniversary last year. For its 21st year, the Yamaha TECH21 Team's colours from 1985 are being brought back. As lead rider Katsuyuki Nakasuga and Team Manager Wataru Yoshikawa unveiled the machine to the gathered media, Keitaro Horikoshi, General Manager of the Motor Sports Strategy Division, spoke to one aim of the special livery: "We thought it would be great to bring back these colours familiar to fans who were young in the late 1980s and encourage them to come see the bike in person at Suzuka."

Also, Kouichi Tsuji, Senior General Manager of the Motor Sports Section, declared that "We'll be upping our goal for the total number of laps from the last few years' 219 to 220 as we aim for a fifth straight win." Nakasuga added his own thoughts for this year's race to close out the conference: "With this being the first Suzuka 8 Hours of the Reiwa era, we want to highlight the occasion with another win and to run the kind of race everyone expects from the #21 so the 8 Hours is even more exciting this year." 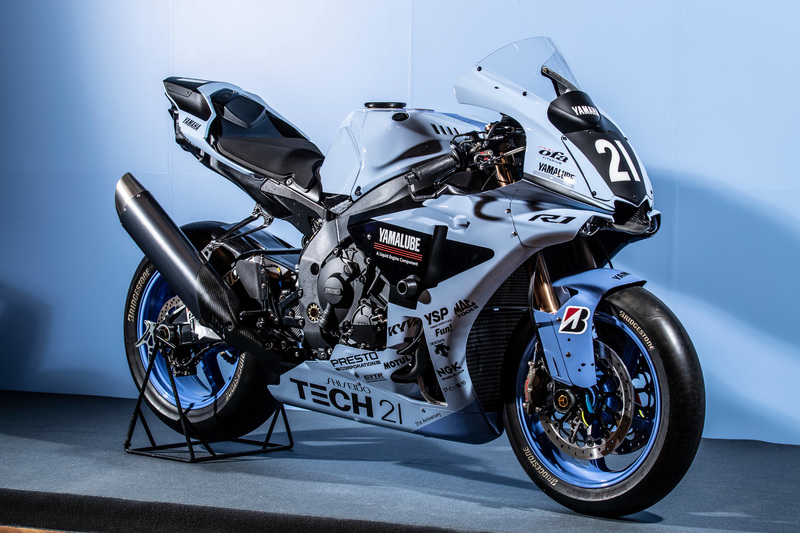 "I was still too young at the time to know much about the original TECH21 livery, but I've heard a lot about how it was a huge part of Suzuka from guys older than me. So from that perspective, for me to be able to actually compete in the 8 Hours on a TECH21 machine is amazing and I'm really proud to do it. At the same time, looking back on our four straight wins, there wasn't a single one that was 'easy.' I was really happy we won again last year, but I couldn't ride in the race so there's still some frustration there. But for me to be standing here today at this year's presentation means I get the chance to have another shot at it, and with the TECH21 colours, I think we really have to go out and put up a winning result. This is the third year I'll be with the same teammates and with our team staff, I think we can come together even stronger than we have before to go for five in a row." 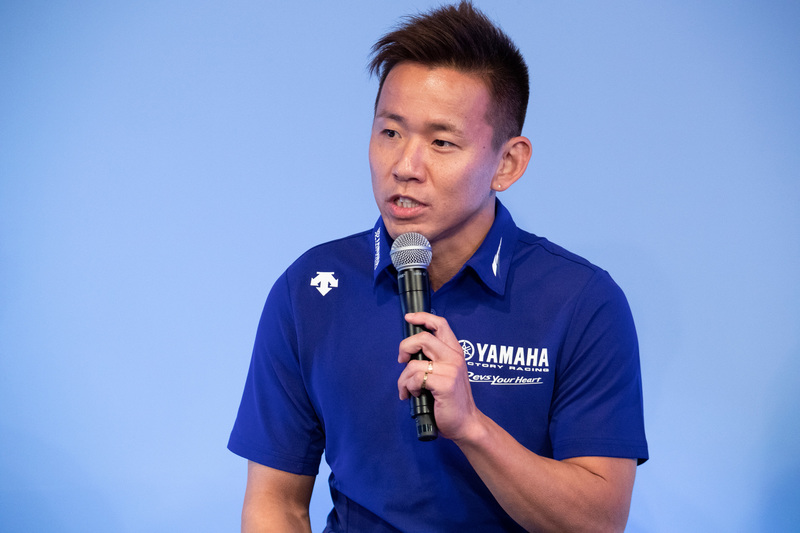 "I was in high school when the original TECH21 machine was in the 8 Hours, so I'm of the generation that really thought it was special. To be honest, seeing this colour scheme makes me wish I could be one of the riders this year! Nakasuga mentioned this as well, but we have the same three riders again this year and these guys make a great combination, not just on track but off it too. They're always smiling! And all three of them, Nakasuga, Alex and Michael, are all in great shape so our team is at a really high level again this year. On the machine side too, our rivals have been putting in a lot of effort recently, but we're still hard at work to further refine the R1. We'll boost its potential before the race and bring an even stronger bike to the grid so please look forward to what Yamaha does this year." 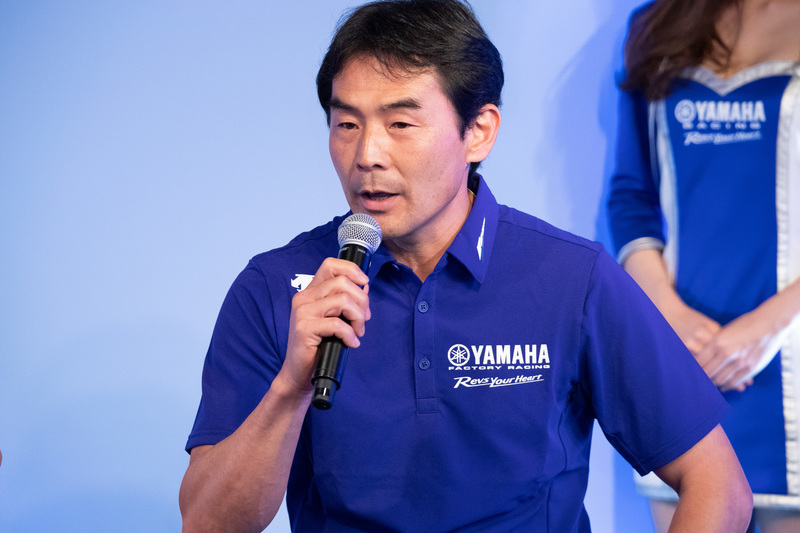 "Since bringing our factory team back in 2015, Yamaha has won four consecutive 8 Hours, but I don't think any of them have been easy. I know that we've won thanks to constant improvements made to not just our machine, but the hard work of our riders and the vital support of our team staff in the face of ever-stronger rivals. The YZF-R1 is in its fifth year of competition in 2019, but we're still making advances. The engine's performance and fuel efficiency is even better than last year and we've made its reliability even more solid. We've also changed the balance of the chassis from last year to produce less tyre wear while making it easier to set even more consistent lap times. As you all know, the competition with our rivals will be even more intense this year. With that in mind, our biggest advantages are our highly-developed YZF-R1 and winning teamwork, so we'll be upping our goal for the total number of laps from the last few years' 219 to 220 as we aim for a fifth straight win. We'll be counting on everyone's support." 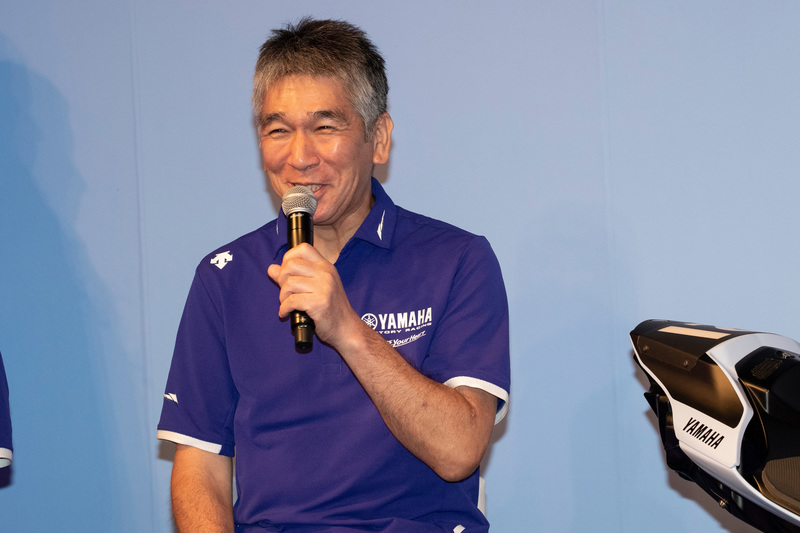 "2019 marks 21 years since the first YZF-R1 was launched. From that, we decided to bring back the legendary TECH21 colour scheme from 1985's factory team with today's YZF-R1, since that's also where the origins of our #21 race number lie. We saw it as an opportunity to show the growing number of younger people and newcomers to the sport in recent years part of the excitement from that era, as well as to remind fans who were young in the late '80s of that time when passion for the 8 Hours was at its hottest, hopefully reigniting their interest in motorsports and leading them to bring their families and friends to Suzuka for the race and see the bike in person. We shared this plan with Shiseido in meetings last year and it's thanks to their incredible cooperation that we were able to make this a reality, so I'd like to take this opportunity to thank them again. Finally, we have been making steady preparations to take our fifth consecutive Suzuka win. So, just as our slogan for this year of 'R1--Dawn of the Reiwa Era' states, we hope everyone will follow and support Yamaha as we seek a win at the first 8 Hours of the new Reiwa era."" 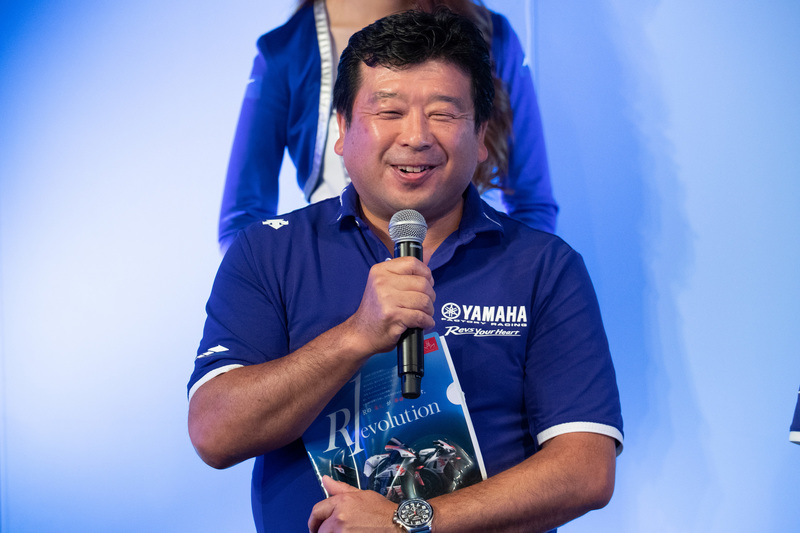