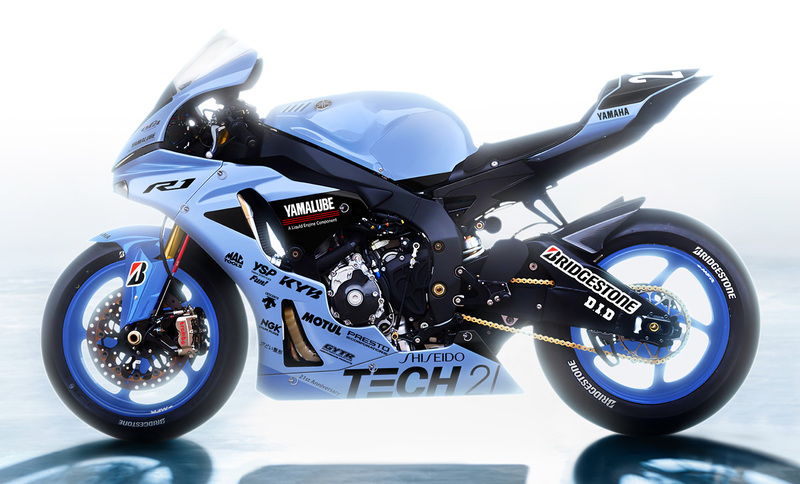 Yamaha Motor Co., Ltd. is proud to announce its line-up of teams for this year's 42nd "Coca-Cola" Suzuka 8 Hours Endurance Race, set to take place from July 25th to 28th at the legendary Suzuka Circuit in Mie Prefecture, Japan. The #21 Yamaha Factory Racing Team will be aiming to take an unprecedented fifth consecutive victory at the event and will be joined on the track by the #7 YART Yamaha Official EWC Team as part of their 2018-2019 Endurance World Championship (EWC) season.

The factory team's YZF-R1 will sport a special revival of the 1985 Yamaha TECH21 Team* livery as a nod to the origin of the team's iconic #21 race number as well as to mark 21 years since the YZF-R1 was first released.

*This does not indicate that Shiseido Company, Limited will relaunch or resell the "SHISEIDO TECH21" line of men's cosmetics previously sold in Japan.

Also lining up for the 8 Hours will be Broc Parkes, Marvin Fritz and Niccolò Canepa riding for the #7 YART Yamaha Official EWC Team. With three EWC rounds completed, in which YART staged a dramatic comeback to finish 2nd at the gruelling 24 Hour Bol d'Or and secured another spectacular win at the 8 Hours of Slovakia Ring, the team currently sits 4th in the points standings.

"We're running the YZF-R1 this year with the Yamaha TECH21 Team livery that's not only the origin of our race number, but also because this is the R1's 21st year. So to be competing with a livery so strongly linked to the 8 Hours as an event has really got me psyched. In 1985 to 1990 when Yamaha raced with this livery, I was still young and I didn't know much about racing, but I know that this was one of the most exciting periods in Japanese racing history. Of course, not only will I be trying for our fifth win in a row, but as a racer, I want to run a race that will bring back the kind of excitement from that era. I'll do my very best and look forward to seeing everyone at Suzuka."

"It's a great honour for me to be asked back by Yamaha to represent them at this year's Suzuka 8 Hours. We are trying to win the fifth straight victory for Yamaha and we have the same rider line-up as the last couple of years; we know each other really well and get on really well, so it's a fantastic line-up. One more thing that I'm really excited about is the new colours, the TECH21 livery. I can't wait to see the bike in person and I can't wait to get to Suzuka!"

"I'm really happy I'll be back at the Suzuka 8 Hours again this year and really proud that Yamaha asked me again to join the Yamaha Factory Racing Team with Alex Lowes and Katsuyuki Nakasuga. Our goal of course is to win for the fifth consecutive time and it will be really tough, but I'm really looking forward to it. We have some really special memories from the last couple of years so we will do everything to win again. This year we will be running a special livery again, the TECH21 livery. Many people will know it from many years back so it will be a really special weekend and I can't wait to see all the Japanese fans at the race."

"I'm racing the R1 in both the EWC and the Asia Road Racing Championship this season, so I've been riding the bike a lot and feel great on it. The 8 Hours always has a lot of factory teams and bikes on the grid and that makes it a really tough event, but it's still the biggest race of the season for the team, so we'll do our best for the full eight hours and try to finish on the podium."

"Suzuka is a very long and technical circuit, but this will be my third time riding at the 8 Hours and I've been able to ride the track better every year, so I'm really looking forward to the race. Last year was a disappointment since we had to retire from the race, so this year we want to finish the race and hopefully get on the podium. It would show the fans the R1's potential and our strength as a frontrunning EWC team for Yamaha."

"This is my first season with YART since making the switch to the team, but I've already got a good relationship with both my teammates and the team staff. I have great and special memories at Suzuka, especially winning the EWC title in 2017. It's the last round of the championship, so I want to put on the best possible performance for all the fans who come to the track and finish off our season with a great result."