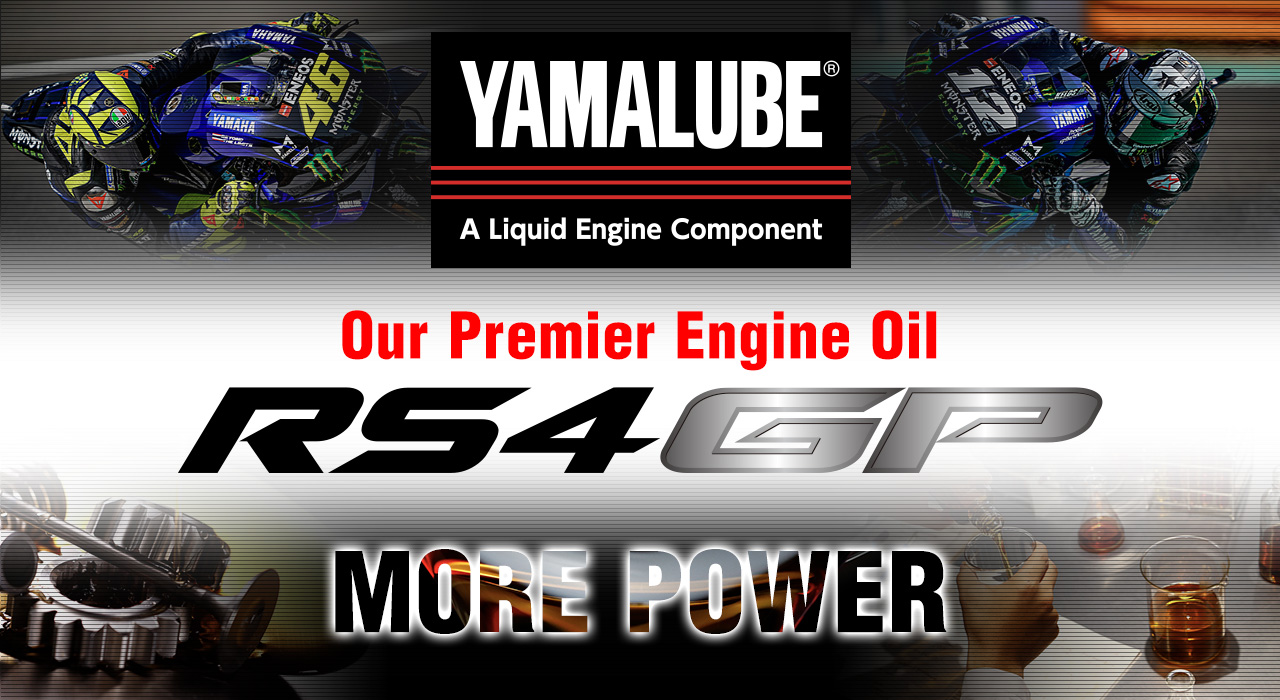 Yamalube’s RS4GP oil for 4-stroke motorcycle engines stands as the premier product of the Yamalube line-up and boasts the highest quality and performance on offer. Developed to handle everything from general use on public roads to hard use on trackdays and full-on racing, it features an across-the-board, high-level combination of the lubrication, heat dissipation, detergency and long life needed in a motorcycle oil—but that’s not all. Yamaha’s factory team in the MotoGP World Championship—the premier class of motorcycle road racing—sought greater performance and reliability from the engine oil, and the results and expertise of that pursuit was fed back into creating RS4GP. As if pouring power into the engine, RS4GP extracts greater performance from the powerplant while maintaining a fine balance of the required properties and quality. 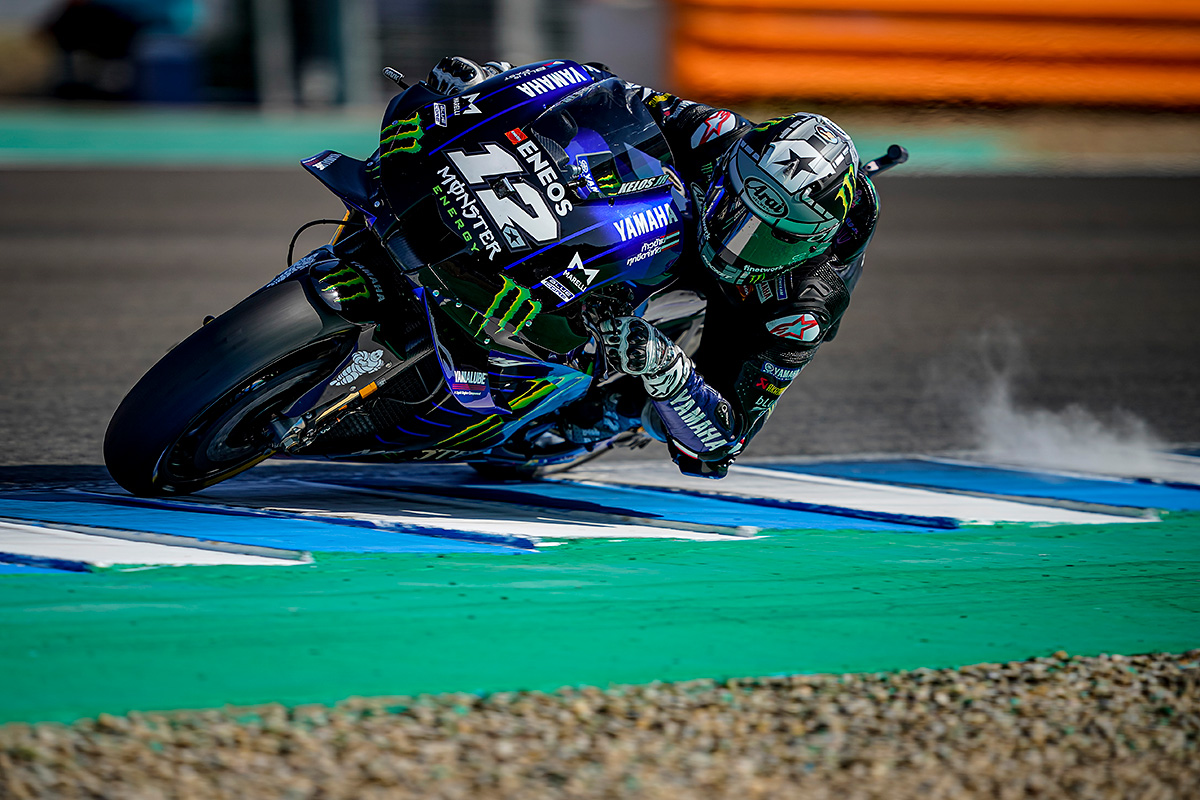 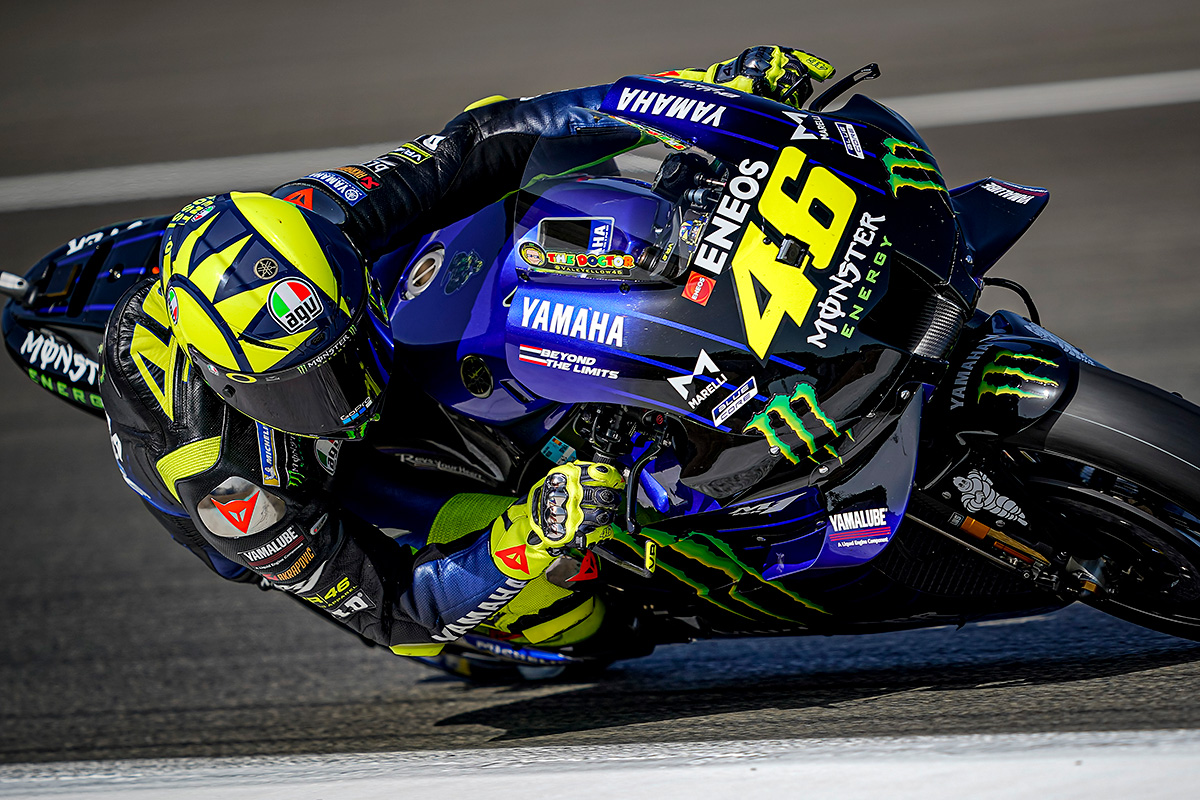 Leveraging oil technology utilized with the YZR-M1 MotoGP machine, RS4GP was developed to deliver both reliability and power as the oil heading the Yamalube line-up, but what exactly is the most important factor in an oil for racing in MotoGP?

Engineers on the Yamaha factory team answer without hesitation: reliability. If the bike cannot perform as intended for the entire distance of a race, victory will remain elusive. However, this is only the base level of performance needed, and in the fiercely competitive world of MotoGP, it is the additions to this base that become necessary to make the difference. Simply put, what the team wanted was more power but not at the cost of reliability.

With an eye on the 2015 season, the team began developing an oil with the goal of systematically reducing engine horsepower loss. The M1 uses a dry clutch and has a potent cooling system, so the focus fell on reducing friction and viscosity. The engineers chose a base oil with the lowest possible viscosity and added a special viscosity modifying agent (VM) to maintain the ideal viscosity at both low and high temperatures. Then, further additives were used to reduce friction wherever possible. The result was a 5% reduction in horsepower loss compared to before.

When the new oil was finally ready for racing in 2015, it contributed to the M1’s fantastic results that season, with Jorge Lorenzo winning the title and Valentino Rossi finishing as the runner-up. Since its stellar debut, the oil has continued its evolution in step with the M1’s, continuously being reviewed and revised to suit the engine’s advances and spec changes, and it serves a key supportive role in the Yamaha factory team’s racing effort.

The concept behind RS4GP was also More Power, but unlike the oil for the dry-clutch M1, RS4GP would need frictional characteristics suiting the wet clutch design used on most production models. So, extracting more power would entail reducing viscosity-induced resistance. Yamalube is primarily produced as 10W-40 and has other strict standards to ensure reliability, so a major hurdle was finding the ideal viscosity that would offer as little resistance as possible while remaining consistent with temperature changes, but still clearing all those standards.

The drivers behind the subsequent breakthrough were the base oil and viscosity modifying agents (VM) developed in MotoGP. Combining Yamaha’s 50+ years of accumulated oil expertise and know-how together with MotoGP racing oil technology, RS4GP is comprised of an ideal base oil and a specially formulated additive blend that yields significant reductions to horsepower loss that translate into more power. RS4GP went on sale first in Japan in 2015, and is used primarily in sprint and endurance road racing but also in a wide range of other racing disciplines. 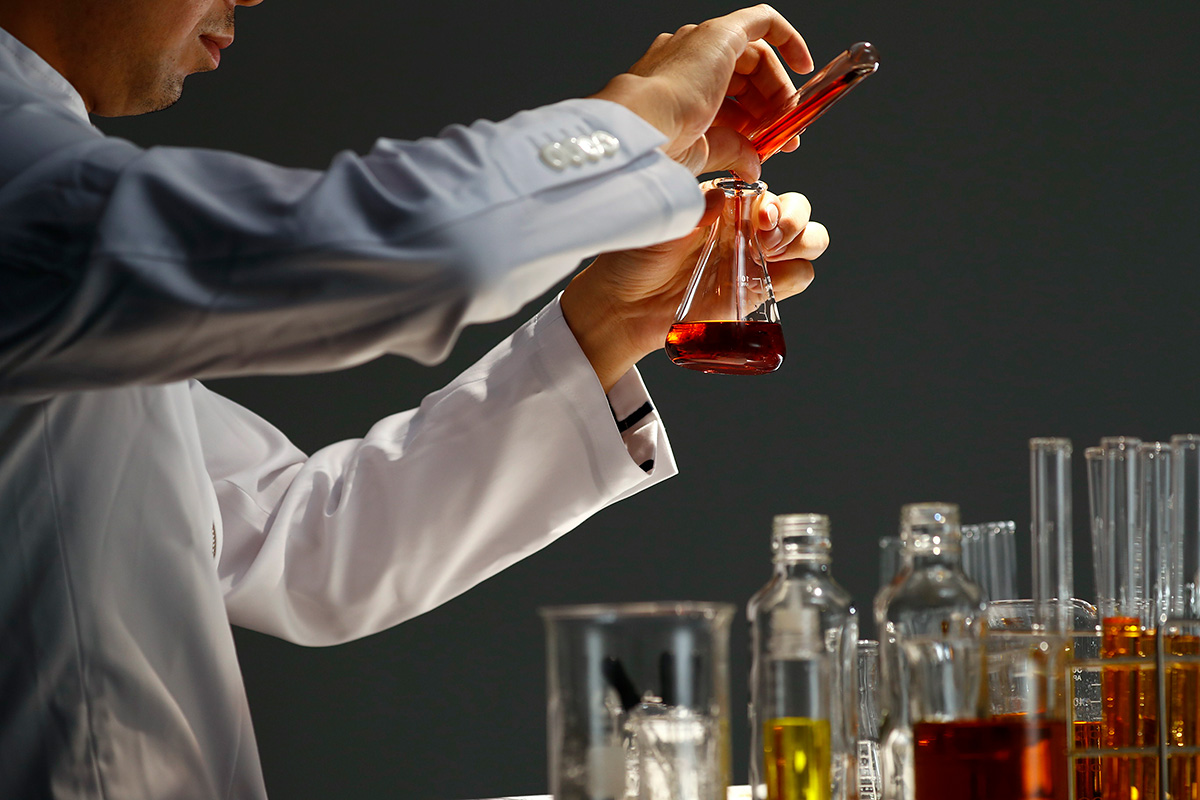 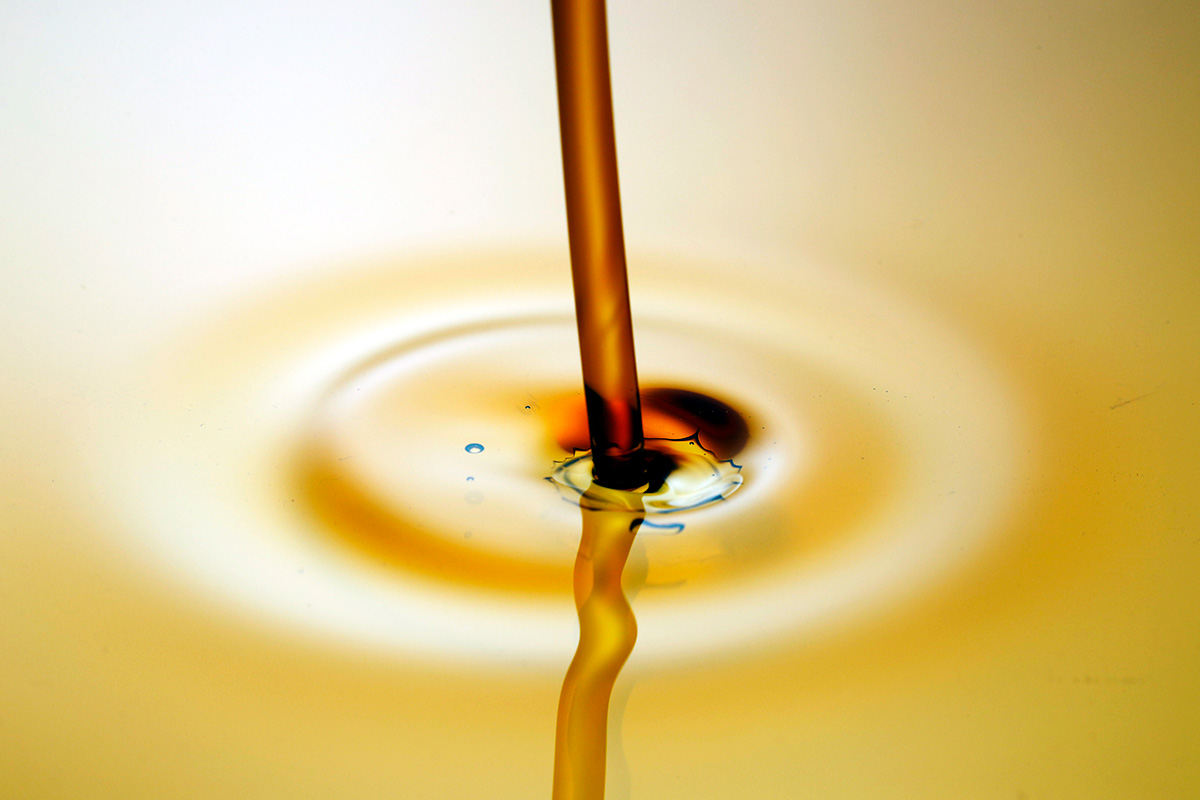 Back to Yamalube feature page