The YART Yamaha Official EWC Team contests the Endurance World Championship (EWC) full-time with former rider and team manager Mandy Kainz at the helm. As their name indicates, the parent organization of this group of endurance racing specialists is the Yamaha Austria Racing Team (YART) based in Austria. The team began racing in 2001 and started full-fledged EWC competition in 2002. After ranking 3rd in the 2005 season, they consistently challenged for the title, placing 2nd, 3rd and 2nd again in the championship before finally clinching the title in 2009 with four victories.

More recently, the team was a constant frontrunner in the 2016-2017 season. An unfortunate retirement at the Bol d’Or season opener hurt their points total, but they still battled for the championship title, never featuring outside the top five at the remaining rounds and finished 3rd. The following season, they won the 8 Hours of Slovakia Ring but were unable to finish the other four races and ended up 16th overall. For the 2018-2019 season, the Austria-based squad got off to a strong start by finishing 2nd at the Bol d’Or, but had a DNF in Round 2. Posting another win at the 8 Hours of Slovakia Ring brought them back into the running, but another DNF at the 8 Hours of Oschersleben took the team out of contention for the title. Their 6th place finish at the Suzuka 8 Hours gave them 4th in the overall ranking. The team’s speed has never been in doubt, but bouts of bad luck have consistently kept the title from their grasp.

The opening round of the 2019-2020 season was met with some more bad luck as a patch of oil spilled on the track by a rival led to a crash just as the team had taken the lead. The following race was the inaugural Sepang 8 Hours and there they overcame inclement weather and on-track incidents to take their first win of the season, vaulting into 4th overall. However, the spread of COVID-19 throughout Europe and the world brought changes to the racing calendar from April onward, moving Le Mans to August, the Bol d’Or to September and the Suzuka 8 Hours to November.

The team line-up for the rounds in August and September will see Czech racer Karel Hanika alongside regulars Niccolò Canepa and Marvin Fritz as they battle aboard the 2020 model YZF-R1. However, for the Suzuka 8 Hours season finale, All Japan JSB1000 contender Kohta Nozane will return to the team in Hanika’s place. Further, Yamaha Motor will provide technical support for the team’s racebike and Yamaha’s genuine oil brand Yamalube will serve as the title sponsor. The Yamalube Yamaha EWC Official Team by YART will be looking not only for a podium finish at the 8 Hours, but also to clinch its first championship title win since 2009. 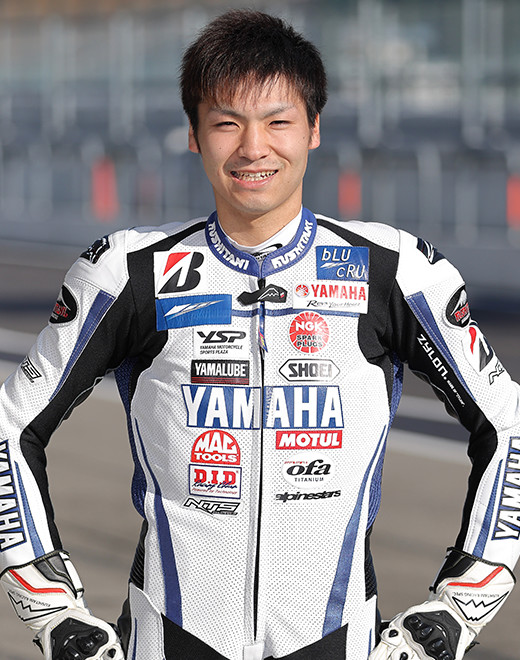 Kohta Nozane comes from former GP rider Norick Abe’s “Team Norick.” He joined the J-GP3 class of the All Japan Road Race Championship in 2010 at age 15, and moved up to the J-GP2 class the following year. In 2013 he won the J-GP2 title and stepped up to take on the premier JSB1000 class in 2014, taking an impressive 8th overall as a rookie.

Nozane then joined Yamaha’s youth development squad—the Yamalube Racing Team—in 2015 and raced with them for two years, finishing 7th overall in his first year and progressing to 5th in 2016. From 2017, he joined the Yamaha Factory Racing Team alongside Japanese racing legend Katsuyuki Nakasuga and notched up his first victory among other achievements to finish his first season on the factory team in 5th. He continued his upward trend in 2019, taking two wins and ending the season in 3rd.

This year will mark Nozane’s third Suzuka 8 Hours appearance since his debut in 2016 with YART, where he contributed to the team finishing 4th. In 2017 as a regular member of the team, he played a role in their 5th place finish at the 8 Hours and in taking 3rd for the EWC season. This year, he is expected to bring his experience as a top-tier All Japan rider to bear in securing the team’s first-ever podium finish at the 8 Hours. 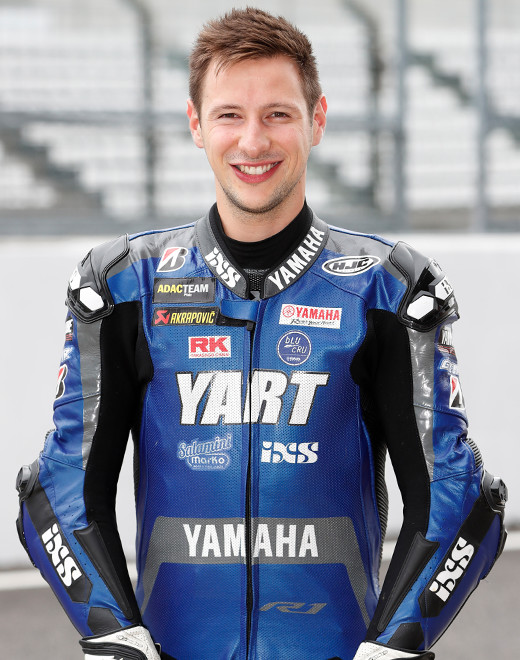 Marvin Fritz is a rider hailing from Germany whose primary battleground was the International German Motorcycle Championship (IDM). He started racing in motocross at the age of four, but switched to road racing in 2002 when he was nine and won a national minibike championship the following year. From 2006 to 2010, he polished his skills in the IDM 125 Championship, taking his best result in the class with 2nd in 2009.

After making the step to the European Superstock 600 Championship in 2012, he returned to the IDM the following year. He then won the 2014 IDM Supersport 600 title on a YZF-R6 and added another achievement to his career in 2016 by winning the premier-class IDM Superbike title. He then began riding in the Endurance World Championship for YART in the 2016-2017 season alongside teammate Nozane. Since then, Fritz and Nozane have driven each other to grow as racers and the German has already stood on the podium several times in just his 4th season in the EWC, maturing into an invaluable part of the team. He has acclimated well to the technically demanding nature of Suzuka Circuit and will come into the final round with added confidence.

Niccolò Canepa won the FIM Superstock 1000 Cup title in 2007 and since then has competed in MotoGP, Moto2 and World Superbike among others, bringing the skill and experience he acquired with him to the team. More recently, he has served as a test rider for Yamaha’s World Superbike effort and has secured points in the class while racing as a wildcard.

The Italian also has a notable career as an endurance rider, racing as a member of the GMT94 Yamaha team for three seasons starting in 2016. With Canepa on the roster, the French team won its third championship title in the 2016-2017 season and finished as vice-champions the following season. Since joining YART for the 2018-2019 season, he has helped the team feature at the front numerous times and will be an indispensable part of their campaign at the Suzuka 8 Hours alongside teammates Fritz and Nozane as they battle it out for supremacy among the other strong teams sure to be in attendance.