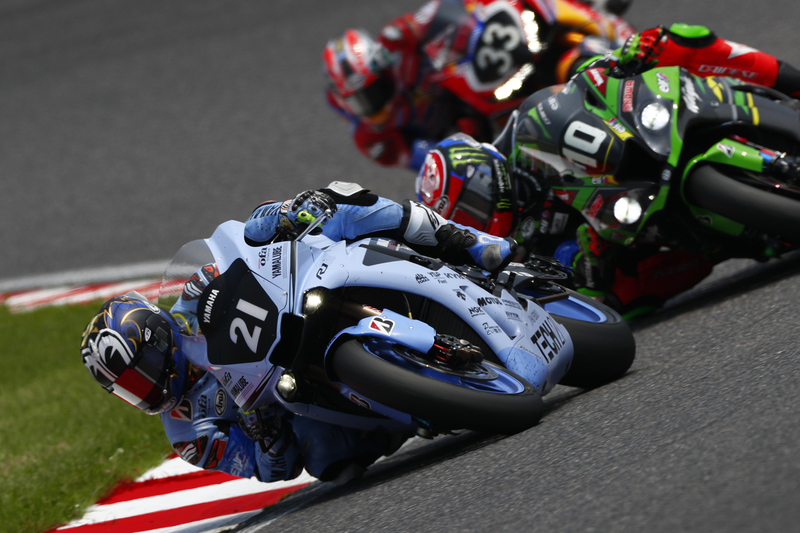 At the 42nd “Coca-Cola” Suzuka 8 Hours, Katsuyuki Nakasuga, Alex Lowes and Michael van der Mark of the Yamaha Factory Racing Team took the #21 YZF-R1 to 2nd place, securing the fifth consecutive podium finish at Suzuka for Yamaha since the return of the factory team in 2015.

With 2019 marking the 21st year since the YZF-R1 was launched, the Yamaha Factory Racing Team entered the Endurance World Championship (EWC) finale on an R1 sporting a revival of the original Yamaha TECH21 Team livery from 1985. The eight-hour race saw the team engage their rivals in a fierce chase for the win from start to finish, with Nakasuga, Lowes and van der Mark faithfully carrying out their respective stints as planned. As the race approached its final stages and the team running in 3rd, Lowes was handed the TECH21 R1 for the last stint of the day. The Briton made a pass to take 2nd on the 211th lap, but not long after, the leading bike crashed with just minutes left to the chequered flag. The race was subsequently red-flagged and ended, with the Yamaha Factory Racing Team initially taking the victory on the provisional race results. However, following scrutiny and discussion of the on-track events by officials, the provisional results were later amended with Yamaha taking 2nd place instead. Yamaha Motor requested an explanation of this amendment from FIM Race Direction, and upon hearing the background and reasoning for the judgement made by the FIM, Yamaha Motor accepted the decision.

The YART Yamaha Official EWC Team on the #7 YZF-R1 ran a superb race, setting consistent laps among the leading teams for the full eight hours. They finished in the top-five until the amendment to the provisional results put them in 6th. Despite two DNFs among the five rounds of the EWC, their 2nd place finish at the 24 Hour Bol d’Or, a second straight win at the 8 Hours of Slovakia Ring, and this strong performance at Suzuka puts the Austria-based team 4th in the overall standings for the 2018-2019 season. Yamaha would like to express our deepest thanks to all of our sponsors and suppliers for their incredible support and to all of the fans that braved the summer heat to come to the circuit and cheer for the Yamaha teams competing in this year’s Suzuka 8 Hours. 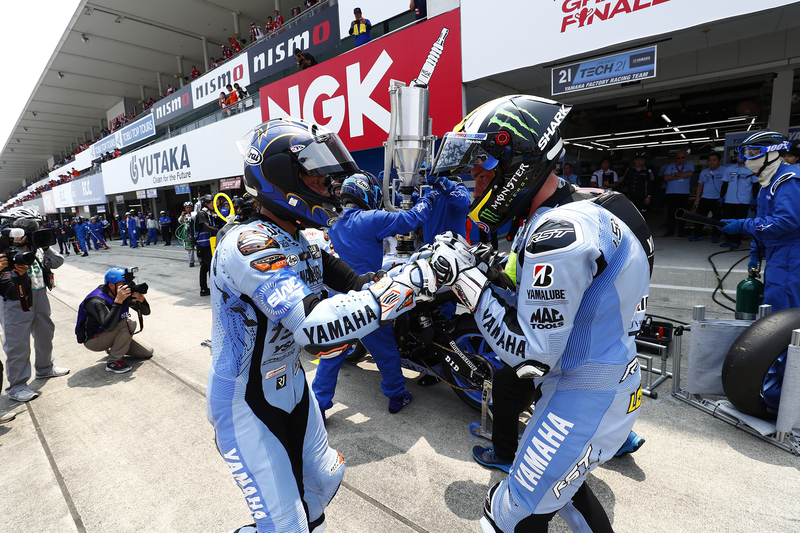 “I was so happy to be able to ride with these guys again at Suzuka, and I think we had a really enjoyable and fulfilling race week overall. We all gave a 100% effort, and we were able to work together really well in sharing the R1 for our stints. The entire team and staff, not just us riders, showed how strong we are in the race today.”

“I love the Suzuka 8 Hours and to get the opportunity to ride with Michael rather than against him is nice, as he's a tough opponent to beat normally. I always enjoy riding with Nakasuga-san too, as we are friends as well as teammates. So this is always a special race for me and today we all did our best. We pushed right up until the end, we never gave up chasing and it was a lot of fun. Thanks to my teammates, and to everyone in the team, for all the hard work they put in to chasing success here in Suzuka.”

“It’s a bit of a strange end to what was an incredible race today. I think all three of us did the best we could today. We had quite similar pace but, of course, there are also areas in which we can look to improve, which is what we'll do before returning next year when, hopefully, we can fight for the win once again.”

“Our rivals came back with stronger potential this year, so I knew it was going to be a tough fight from the beginning, and today it really was. With our machine, the riders helped us out so much in getting it set up just right for the race, so I want to be in a position to return the favour to them next year. I’m so thankful to the fans and to our sponsors for lending us their cheers and support for this year’s Suzuka 8 Hours.” 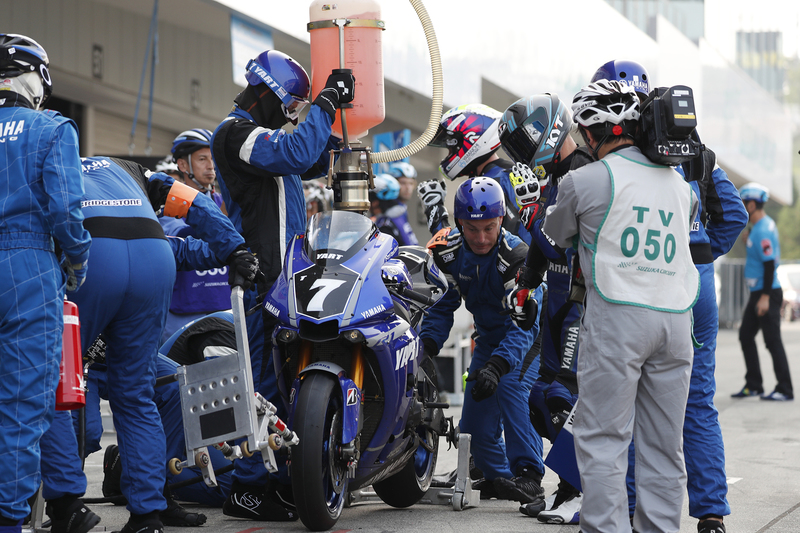 “For me it's not been so easy this week, but then in the race my lap times during my stints were really good and I could keep the pace. From a team perspective, we did everything we possibly could to beat home one of the factory bikes and to be in the top six, which was great, even if our target was top five ahead of the race. I have amazing teammates and an amazing team, and I'm confident we'll be even stronger next season.”

“We've been really strong all weekend and I think nobody really expected us to be running so close to the factory teams. Niccolò on our bike was as fast as Alex on the factory bike in qualifying, which is an incredible achievement when you consider the differences in the bikes. We made an amazing job and a fantastic race; I think I was one second quicker on every lap compared to last year. I'm really happy and thanks to the team and my teammates for their support, they all did a fantastic job.”

“I am really happy about our performance, both the riders and the team, because it was such a perfect race; not one mistake, the pace was incredible and all week we were fighting with the factory teams, which is quite an accomplishment. In recent years, with this pace, we'd have been on the podium, but the speed has increased this year and, in a race where few of the leaders had any issues, it made it tough for us to progress. I'm really, really happy with sixth place, even if we did miss out on our pre-race target of top five by one place.”

“It was quite an unexpected race today. In warm up this morning we badly damaged the race bike in a crash, which meant we had to start the race on the spare bike, which the riders don't have such a good feeling with compared to the number one machine. Even so, we had a perfect race and, normally, our pace would have been good enough to put us on the podium, but today nobody had any problems, which was surprising. It’s quite incredible that a performance like we put in today was good for only sixth, but that's endurance racing for you. The riders did a perfect job, the team did a perfect job and I think this race will go in the books as one of the most exciting in years.”