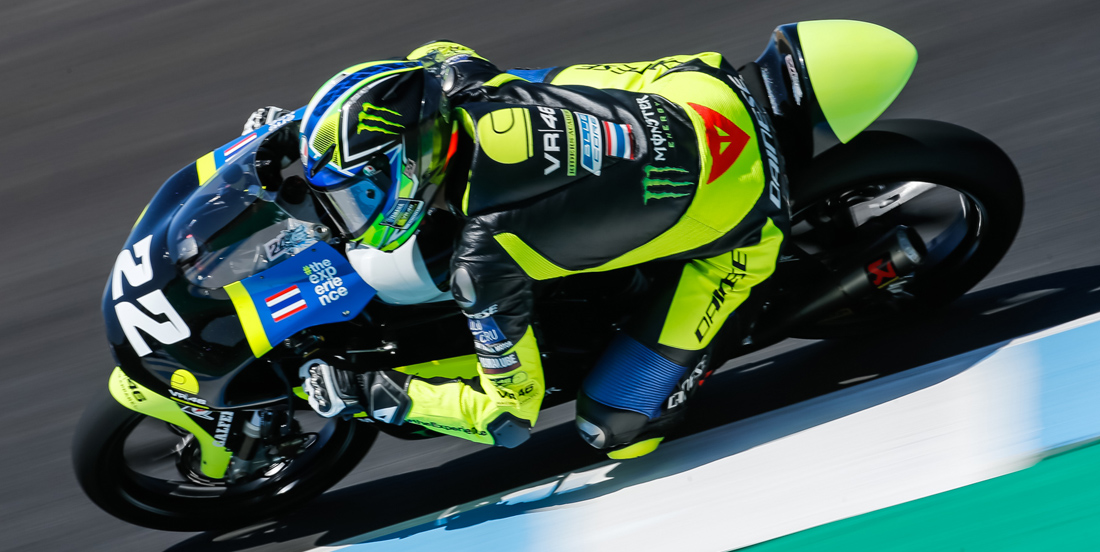 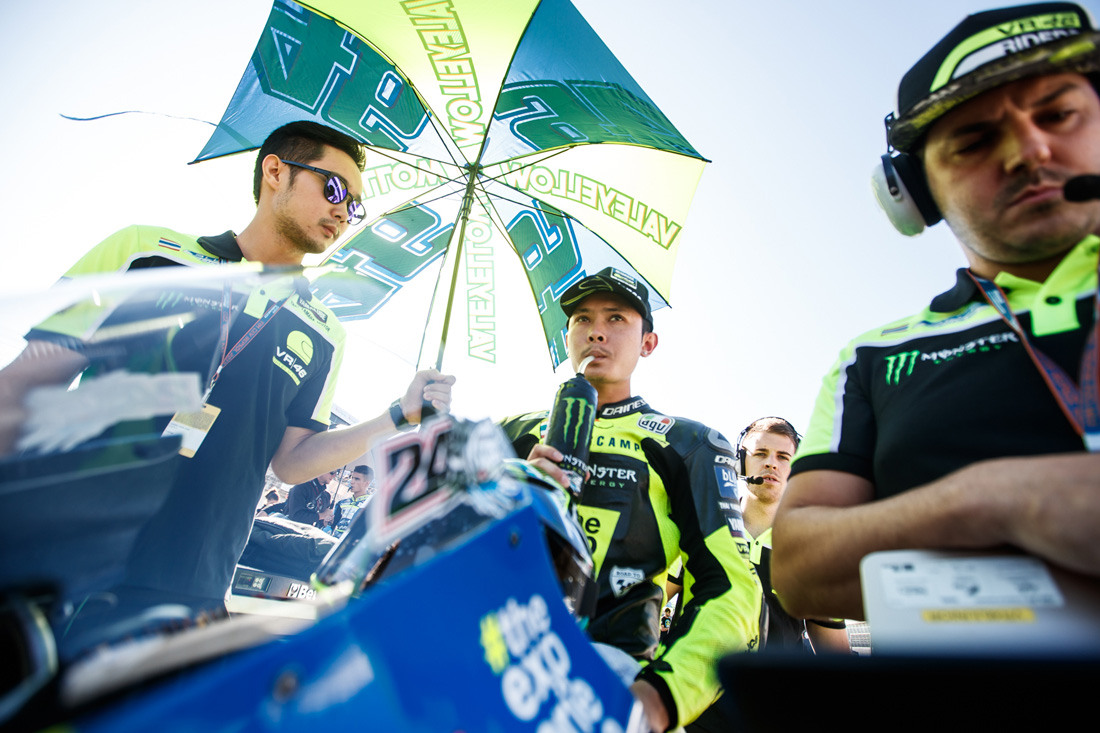 Jerez (Spain), 17th September 2017 - It was supposed to be a difficult return to the track for Apiwath, VR46 Master Camp Team. After a 2 month absence and with an all new racetrack to come back to, he got his feeling back right away at the first testing day. 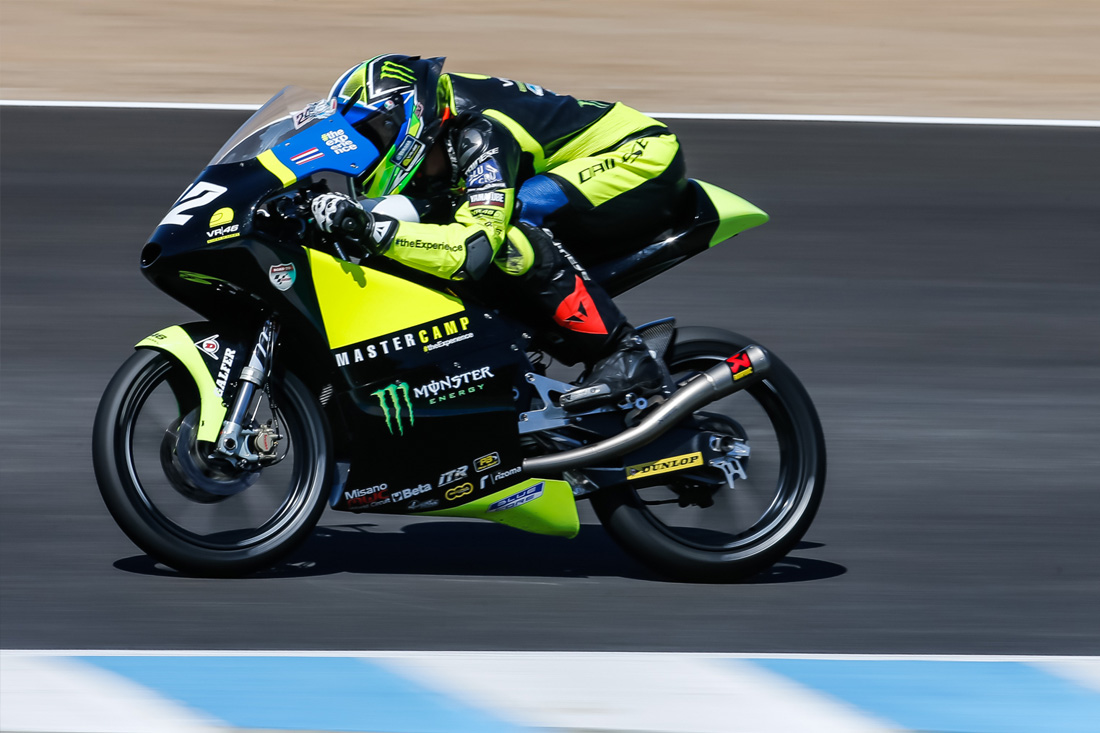 He reached the race weekend in great shape and after qualifying fourth, he had a good start in race 1 grabbing the second position at the first lap and staying with the leading group till the last lap. Unfortunately he was touched by another rider and got pushed back to 16th position. 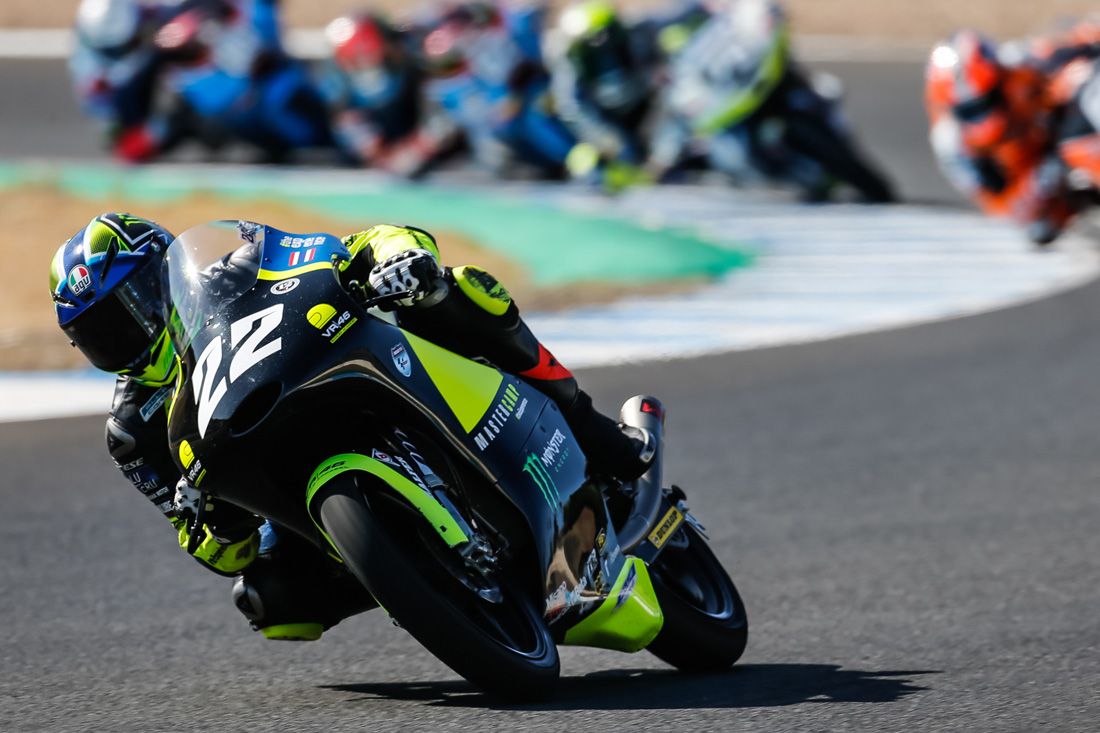 The very opposite happened in race 2 as his bike switched off on the starting grid and he had to start from last position. After a very good start, half the race down he moved up to eight position. Due to few crashes, he was fighting for the podium and crossed the finish line in second position. While recovering so many positions, he exceeded the track limits multiple times and received a 5 seconds penalty pushing him back to sixth. 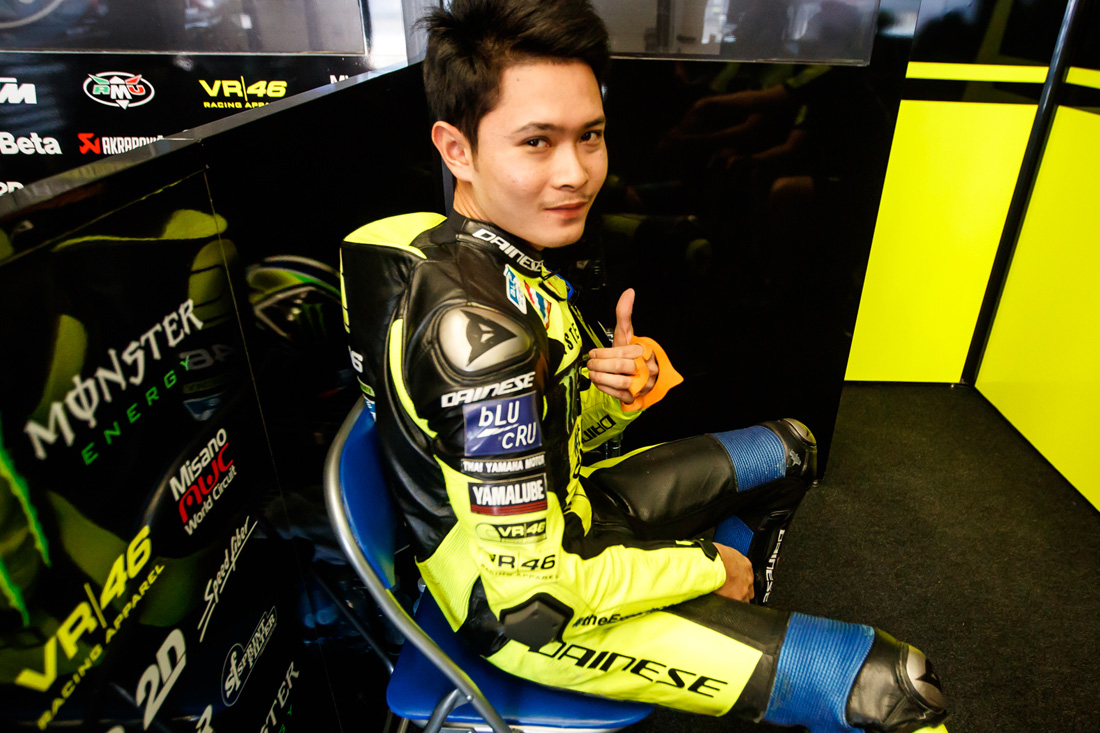 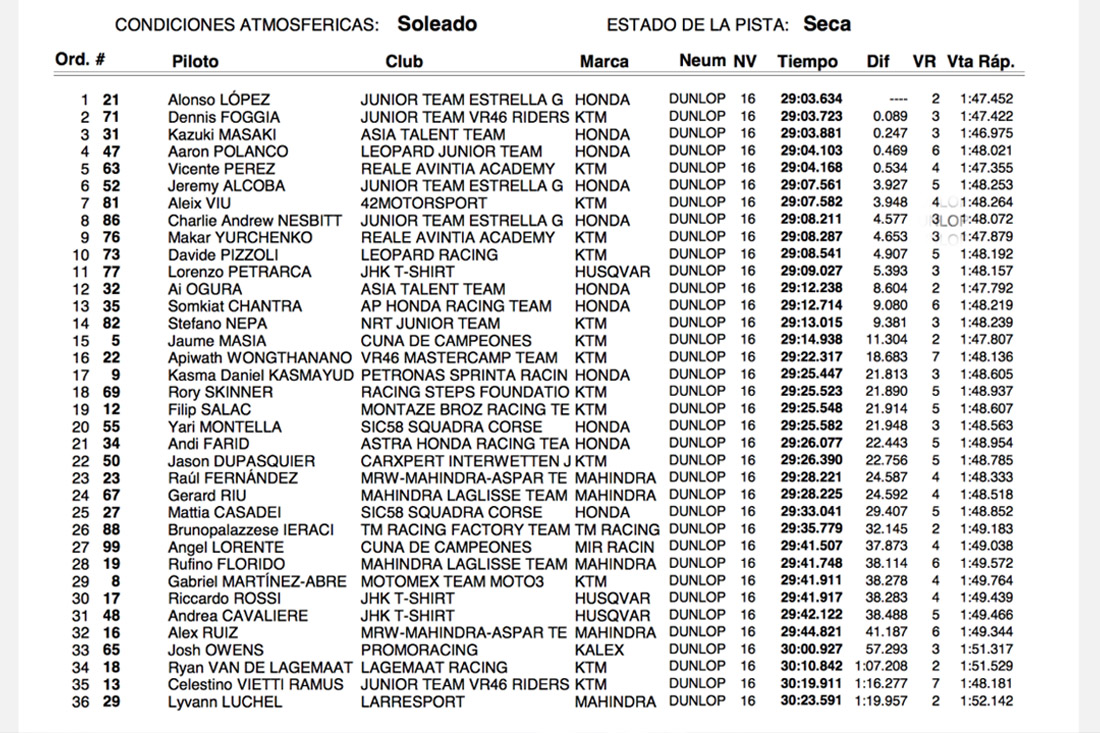 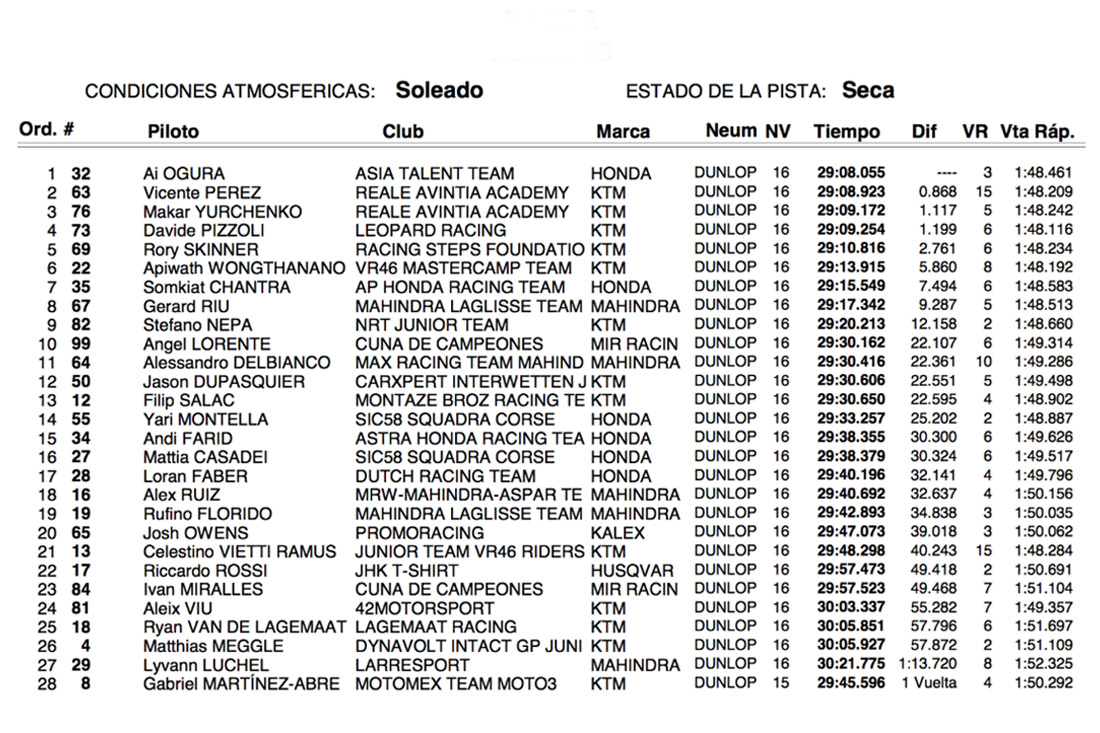 Apiwat Wongthananon (16th/6th)
"I'm very happy of the weekend, especially considering I just got back from a 2 months absence.I felt good and I managed to be competitive in both races. I had a good start in race 1 but then I made a mistake towards the end. In race 2 the very opposite happened and I crossed the finish line in second position. The penalty given pushed me back to sixth position but I am anyway very happy. I'd like to thank the team who has supported me greatly this weekend"

Luca Brivio - Team Manager
"Apiwath had a good weekend. The team worked well starting from the test we had here. Jerez is a new track for Apiwath, a real worldchampionship racetrack and is not easy to get used to it especially after a 2 months absence. He immediately got a good feeling and qualified fourth. It's a shame for race 1 as he could have finished sixth or seventh but he crashed when touched by another rider. Race 2 was unlucky as his bike switched off on the starting grid and he had to start the race in last position. He had a great start and managed to win back many positions crossing the finish line in second. Unfortunately he exceeded the track limits too many times and he received a 5 seconds penalty. Let's think about the positive things of the weekend and let's focus to be ready for the next round"